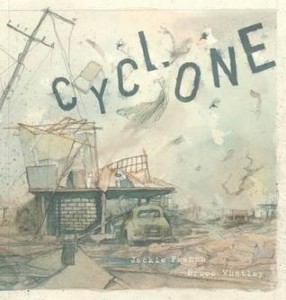 Welcome to 2017! I’m thrilled to take this little look back at 2016 and all the fabulous children’s and Young Adult book reviews we received. Looking back at 2016, it was great to see such a wide range of authors reviewed. The most popular author was the prolific Jackie French with 4 of the 50 reviews for 3 different books. Several authors, including Lili Wilkinson, Wendy Orr and Lucy Estela followed up with two reviews each.

The children’s section continues to be one of the most varied with 50 reviews of 47 books. I think there’s a couple of reasons for this – children’s books don’t always land in the hands of the involved book bloggers; some people choose to read from lists (like the CBCA award lists) while others read whatever comes to hand; and this is a relatively small amount of books reviewed for the year. It’d be great to increase the number of reviews in 2017 and see what the variety looks like then! Brona’s Books led the way with children’s books with 15 reviews, closely followed up by Jess at the Never Ending Bookshelf with 14 reviews. It would have been a much poorer year without the insightful reviews from these bloggers!

My 2017 challenge to all readers would be to sneak a children’s book into your reading. It might be a classic – Seven Little Australians, Snugglepot and Cuddlepie or even Possum Magic! – or one of the fabulous new books which are being published. I’d love to be seeing you here throughout the year.

It was a brilliant year for Amie Kaufman who had 8 reviews out of 114. Both the Starbound Trilogy (co-written with Meagan Spooner) and the Illuminae books (co-written with Jay Kristoff) featured. The second most popular authors (with 5 reviews each) were Shivaun Plozza, all for her debut novel, Frankie and Justine Larbalestier for Razorhurst and My Sister Rosa. Throughout the year books by 62 authors were reviewed.

Several books had three or more reviews this year including Cloudwish by Fiona Wood, Their Fractured Light by Amie Kaufman and Meagan Spooner, Frankie by Shivaun Plozza, Yellow by Megan Jacobson and Summer Skin by Kirsty Eager. This year general fiction and speculative fiction were pretty much evenly reviewed, with several books tagged by reviewers as both. 35 of the reviews were also tagged as containing diversity by the reviewer.

Dark Matter Zine shared reviews of 9 different books in 2016, followed up by Cassandra Page who reviewed 8 different books. All up, 47 reviewers participated, which is pretty awesome.

Wishing everyone all the best for 2017, hopefully a year filled with lots of books and reviews!

thers hinting that I am supposed to ‘grow up’ at some point, books for young people continue to play a huge part in my reading life. This has served me well, when I became a teacher and was known for always having a book recommendation at hand. I’m currently writing novel studies as teaching resources, enjoying the rich world of children’s books with my four-year-old and baby, revisiting some of my favourite authors and reviewing books when I manage not to lose my blog . . .