What’s out this month? 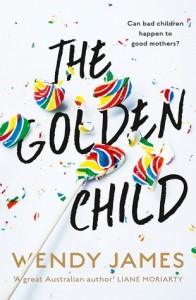 This year we aim to highlight new releases each month in our roundups. Since January is when we focus on the previous year’s challenge, recent new releases have been overshadowed, but here are a few fiction titles to look out for.

Angel, Libby. Trapeze Act (Text) – debut fiction. Publisher’s teaser: “Loretta’s mother was a trapeze artist in Europe, the star of the famed Rodzirkus circus, before she walked out on her drunken husband and his debts while on tour in Australia. But a life in 1960s suburban Adelaide was always going to be difficult, even if she does land herself the most handsome young barrister of the town, and Leda’s behaviour raises more than a few eyebrows… a novel that is at once a heartbreaking tale of the search for acceptance and a celebration of the lustre and magic of life.”

Carnevale, Vanessa. The Florentine Bridge (MIRA) – Contemporary general fiction (commercial), set in Tuscany, Italy. Publisher’s teaser: “Nineteen-year-old aspiring artist Mia Moretti has been cancer free for nine months. Her battle with the illness has taken its toll on her, leaving her severely depressed and tormented by an overwhelming fear of dying. Inspired to make a fresh start, Mia decides to move to Tuscany to pursue a simpler life where she can, with any luck, find the motivation she needs to paint again.”

At the highest level of a giant forest, thirteen kingdoms fit seamlessly together to form the great city of Canopy. Thirteen goddesses and gods rule this realm and are continuously reincarnated into human bodies. Canopy’s position in the sun, however, is not without its dark side. The nation’s opulence comes from the labor of slaves, and below its fruitful boughs are two other realms: Understorey and Floor, whose deprived citizens yearn for Canopy’s splendor.

Unar, a determined but destitute young woman, escapes her parents’ plot to sell her into slavery by being selected to serve in the Garden under the goddess Audblayin, ruler of growth and fertility. As a Gardener, she wishes to become Audblayin’s next Bodyguard while also growing sympathetic towards Canopy’s slaves.

James, Wendy. The Golden Child (HarperCollins). Publisher’s teaser: “Blogger Lizzy’s life is buzzing, happy, normal. Two gorgeous children, a handsome husband, destiny under control. For her real-life alter-ego Beth, things are unravelling. Tensions are simmering with her husband, mother-in-law and even her own mother. Her teenage daughters, once the objects of her existence, have moved beyond her grasp and one of them has shown signs of, well, thoughtlessness … Then a classmate of one daughter is callously bullied and the finger of blame is pointed at Beth’s clever, beautiful child. Shattered, shamed and frightened, two families must negotiate worlds of cruelty they are totally ill-equipped for.”

The Announcer calls my name, but she does not speak to me. This macabre spectacle has nothing to do with me. And everything to do with them. This is all for the thousands below – the compliant citizens of Otpor, the witnesses to my Execution, the silent and transfixed. This is their moment. Their reconditioning.

Wenna Chenoweth’s future is secure, until dashing Devon Courtney’s illicit flirtation gets her dismissed from her job as a lady’s maid. With nowhere to turn, Wenna is forced to accept Devon’s bold proposal: to be his bride. To enter society on the handsome aristocrat’s arm. To give him the heir he requires. It’s a foolproof plan. Except Wenna finds herself falling hard for a man who can never love her for who she is….

You can find more books released in January on this year’s draft calendar here.