Crime Fiction and True Crime: Round Up One 2017 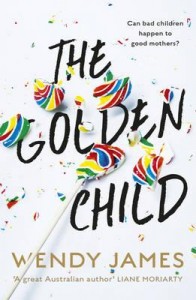 The sixth year of reading and reviewing Australian women crime writers has started strongly with 43 reviews of 28 different books. Not surprisingly two of 2017’s new releases have scored the most reviews with Wendy James’ THE GOLDEN CHILD and Sara Foster’s THE HIDDEN HOURS attracting five and four reviews respectively.

As she did with 2012’s THE MISTAKE Wendy James has chosen to explore modern life gone awry in THE GOLDEN CHILD though this time the focus is cyber-bullying. Jess at The Never Ending Bookshelf wrote

Simply put The Golden Child is one hell of a gripping and chilling read. It’s the kind of book that grabs your attention and holds you hostage for 348 pages. 348 pages where you feel constantly uneasy, where it’s not unusual to break out in goose-bumps or to grip the book tighter in shock. Where you will find yourself feeling physically sick with the cruel games teenagers play on social media.

I’ve read Wendy James before, so I know there are always more layers to the story. The way in which the perspectives build a story here, construct something that you think is true and then tear it down is quite masterful. It made me question what I know about my children as their parent, what I know about their character. How much is what I see because I want to?

I’m a major fan of Wendy James’ work and have already bought my copy of this one but hopefully these terrific reviews have tempted some new readers.

Sara Foster’s THE HIDDEN HOURS tells the story a woman who escapes childhood trauma by moving across the world only to become involved with another tragedy. Fellow author Kali Napier said of it

Sara Foster has written a taut, teasing, well-structured whodunit, which kept me turning (swiping) pages into the night…Foster employs subtle but swift plot twists, leading to a conclusion which is heartbreaking.

The plotting is excellent and it keeps you guessing as suspicions ebb and flow. Although some of the characters are self-serving and unpleasant, it is well-balanced with others who are far more likeable. Unlike other thrillers, there are no truly evil people here, just those whose foolishness or uncontrolled passions push them into actions from which there is no escape. As one character observes, it is not hate, but love, that “is part of the problem

The true crime part of my AWW beat gets short shrift from all participants so I promised I’d try and redress the balance a little this year though I readily admit it’s not my preference (because I’m basically a wuss). From a reader recommendation last year I dove into Megan Norris’ LOOK WHAT YOU MADE ME DO: FATHERS WHO KILL. It’s a truly gut-wrenching and depressing exploration of men who kill their own children as revenge against their ex-wives and girlfriends. In my review I said the book is

…well researched, solidly written and provides more evidence than any sane person could possibly need that there are indeed men who use their children as the ultimate weapon of revenge even though most of those men are so juvenile and self-absorbed they will present themselves as the injured party if they live to tell their pathetic tales. That I am uneasy because the book doesn’t do more…doesn’t tell me what to do now…says more about me than it does about the book itself. I hate the sense of injustice and powerlessness that discussion of non-fictional crime generates.

So, not yet a convert to true crime but I was impressed by the author’s sensitivity and skill.