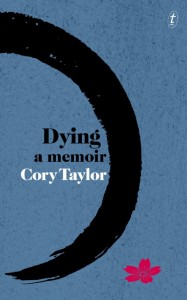 The Stella Prize longlist was announced during the week (hooray!)
For lovers of non-fiction and the History, Memoir, Biography (HMB) category in particular, it was wonderful news indeed. Eight of the longlisted books are non-fiction titles. Today I will focus on the six that are HMB in nature. noma-related cancer in July 2016. In a tremendous creative surge, as her body weakened, she described the experience of knowing she would soon die.

Her powerful and beautifully written book is a clear-eyed account of the tangle of her feelings, her reflections on her life, her memories of the lives and deaths of her parents. She tells us why it was important to her to have the ability to choose the circumstances of her death.

Dying: A Memoir is a breathtaking book about vulnerability and strength, courage and humility, anger and acceptance. It is a deeply affecting meditation on dying,but it is also a funny and wise tribute to life.

Kim @Reading Matters has our only AWW review of Taylor’sbooks so far. She says at the end of her gorgeous, succinct review,

This rather extraordinary memoir is testament to her talent and love of the English language. It’s also testament to an extraordinary woman not afraid to confront her own mortality and to share what she discovers about it along the way.

The following three titles have yet to be reviewed by any of our AWW regulars – something for all of us to look forward to in the coming months.
Avalanche by Julia Leigh (Penguin Random House)

At the age of 38 acclaimed novelist Julia Leigh made her first visit to the IVF clinic, full of hope. So Writing in the immediate aftermath of her decision to stop treatment, Leigh lays bare the truths of her experience: the highs of hope and the depths of disappointment; the grip of yearning and desire; the toll on her relationships; the unexpected graces and moments of black humour. Along the way she navigates the science of IVF; copes with the impact of treatment; and reconciles the seductive promises of the worldwide multi-billion-dollar IVF industry with reality.

Avalanche is the book that’s finally been written on IVF treatment: a courageous, compelling and ultimately wise account of a profoundly important and widespread experience. At the heart of this work is an exploration of who and how we love. It’s a story we can all relate to – about the dreams we have, defeated or otherwise, for ourselves, our loves and relationships. This essential book provides a comprehensive and uncompromising overview of the first three years of offshore processing since it recommenced in 2012. It explains why offshore processing was re-established, what life is like for asylum seekers and refugees on Nauru and Manus, what asylum seekers, refugees and staff in the offshore detention centres have to say about what goes on there, and why the truth has been so hard to find.

In doing so, it goes behind the rumours and allegations to reveal what is known – and what still is not known – about Australia’s offshore detention centres.

This is the story of two flawed eccentrics. Everything they do subverts their firm intention of k eeping up appearances. They meet just after the war in liberated Paris but they cannot quite free
themselves from the many strings attached to them – the old aunts, the sisters, the cousins, the nuns and the ominous concierges who dog their footsteps.

Alexandre is a banker and a Resistant and lives in a world of numbers and Roman emperors. Poum resides in the Odyssey and in her bed, hiding from the mysterious disapproval of their relatives, for they both seem to persist in some irreparable faux pas which has them wading through a lifetime pickle. Their daughter, Catherine, would like to help but she seems to be part of the problem.

This is no ordinary childhood, and Catherine de Saint Phalle’s acceptance of her parents shines through, propelling us head first into their strange, yet beautiful, Parisian world.

Poum and Alexandre is a searingly honest, humorous and moving elegy to family and place, and a meditation on the ways they ultimately define us.

‘Against anything I had ever been told was possible, I was turning white. On the surface o

Except for this one, glaring, inescapably obvious thing.

From one of Australia’s most exciting writers, and the author of the multi-award-winning Foreign Soil, comes The Hate Race: a powerful, funny, and at times devastating memoir about growing up black in white middle-class Australia.

We have had two AWW reviews for The Hate Race in recent times.
Justine @Hub and Post reminds us that although Clarke’s book covers difficult topics and challenges our assumptions, it is not all bleak despair. “There are moments of real joy and humour shining through the cracks, lighting Beneba Clarke’s path.”
I also wrote a review last year @Brona’s Books that ended up being a very personal response to Clarke’s memoir, which is where I think the true power of her work lies. It is impossible to read her story and not feel moved in some way. The extraordinary story of the world’s most influential, intriguing and surprising ruler, Queen Victoria.

When Alexandrina Victoria was crowned Queen of the United Kingdom of Great Britain and Ireland on 20 June 1837, she was 18 years old and barely five feet tall. Her subjects were fascinated and intrigued; some felt sorry for her. Writer Thomas Carlyle, watching her gilded coach draw away from the coronation, said: ‘Poor little Queen, she is at an age at which a girl can hardly be trusted to choose a bonnet for herself; yet a task is laid upon her from which an archangel might shrink.’

Queen Victoria is long dead, but in truth she has shaped us from the grave. She was a tiny, powerful woman who reigned for an astonishing 64 years. By the time of her Diamond Jubilee Procession in 1897, she reigned over a fourth of the inhabitable part of the world, had 400 million subjects, and had given birth to nine children. Suffrage, anti-poverty and anti-slavery movements can all be traced to her monumental reign, along with a profound rethinking of family life and the rise of religious doubt. When she died, in 1901, she was the longest reigning monarch in English history. Victoria is truly the woman who made the modern world.

A fascinating, provocative and authoritative new biography of Queen Victoria which will make us see her in a new light, from one of Australia’s most admired and respected journalists and commentators, Julia Baird.

Victoria is the huge chunkster on the Stella longlist this year, so I’m impressed that two of our AWW members have already reviewed the book.

Jean writes an engaging review on her blog about her experience of reading Victoria, explaining why this biography is different to the other bio’s out there. While Calzean gives us the quick rundown on Goodreads.

There were a few other new HMB titles on the list during January, which I plan to get to next month.