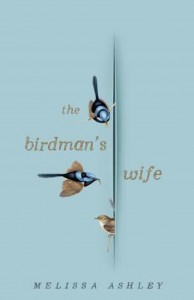 You go challenge reviewers! What a whizz-bang start we’ve had to the year, with another bumper review crop this month. Well done everyone, and thanks for your support. These reviews you are contributing create a database that will serve researchers – of all persuasions – way into the future.

But, February was an exciting month for another reason, as it’s the month in which the Stella Prize longlist was announced. More on that in its own section below. The shortlist was announced today, International Women’s Day, appropriately, but I’ll report on that in my March round-up.

So how many reviews did we have this month? A whopping 53, compared with just 20 last February. What I like about it – besides the large number – is that the reviews are spread over a wide range of authors rather than a concentration on just a few. This is what we want to see.:

Seven books designated as classics were reviewed during the month which is, I think, a record. They include two well-regarded literary authors, Thea Astley and Amy Witting, and two of our best-loved children’s authors, Hazel Edwards and Robin Klein. The oldest book reviewed, though, was Katharine Susannah Prichard’s Haxby’s Circus. GoodReads reviewer Therese Smith loved it:

I’ve never read any other Prichard novels so I can’t attest to what her usual style was, but with this novel, she tapped right into her characters at the deepest level, weaving a story that is absorbing as much for its human aspect as it is for its interesting historical aspect.

She cautions though that it was written in 1930 so some of its values, regarding circus animals for example, are dated.

Another GoodReads reviewer, Calzean, read Amy Witting’s two Isobel books, I for Isobel and Isobel on her way to the corner store. Witting was one of our many late-blooming women writers – and my how she bloomed once she got going! Wikipedia tells us an interesting story about I for Isobel (her second novel):

[Davis who edited her first book] rejected I for Isobel on the grounds that “No mother has ever behaved so badly” and McPhee Gribble also rejected it saying that “It’s difficult to see what market you had in mind for it”. However, it was published by Penguin Books and became an instant best seller. It was with the publication of this book that her talent was finally recognised.

I love these stories about publishers because it tells us there is no one “right” response to a book. It’s all about the individual reader and what s/he sees in it. Here is calzean on I for Isobel:

At the start I thought this book would be one of those old classics of life in post WWII Australia, a bit girlie, a bit flimsy. How wrong I was, this is a unique set of short stories tracing the life of Isobel, a complex character but with great observational powers and some of the best lines I have read for a while.

If you’ve never read Witting, do. She really is something.

Now, just one more classic. Text has recently published a few books by children’s/YA author Robin Klein in their Text Classics series. The one reviewed this month, Hating Alison Ashley, is not one of these, but it’s a good opportunity to highlight Klein. Louise (A Strong Belief in Wicker) says:

Hating Alison Ashley is just as funny as when it was written more than 30 years ago. It’s truly deserving of classic status.

Can’t say better than that.

If you haven’t seen it already, here is the Stella Prize longlist:

Have you noticed something interesting about the list? Only five are fiction, and one of these is a book of short stories. Does this suggest a trend towards non-fiction in our reading?

Anyhow, all but two of the longlisted books have been reviewed for the Challenge, and four of them were reviewed this month. The two which haven’t been reviewed yet are Catherine de Sainte Phalle’s Poum and Alexandre, and Madeline Gleeson’s Offshore: Behind the wire at Manus and Nauru. It would be great to see these reviewed, so if you’d like a shout out from us, you know what to do!

I don’t recollect featuring Glaiza’s Paper Wanderer blog here before, so I’ve chosen her review of Maxine Beneba Clarke’s The hate race to represent the non-fiction in Stella’s longlist. Paper Wanderer was very impressed. She (I think) describes it as delving into “Clarke’s experiences as a youth with Afro-Caribbean heritage in Australia during the 80s and 90s” and concludes:

The Hate Race does much to raise the social awareness of racism in Australia as it enables many people to finally talk about these experiences. Clarke’s book is an engrossing memoir that I wish was standard reading across all schools here. There needs to be more support for diverse literature and media, so that this sense of isolation and prejudice can be dismantled for all the generations to come.

To represent the fiction in the longlist, I’ve chosen Carolyn’s GoodReads review of Emily Maguire’s An isolated incident because of its relevance to International Women’s Day. Carolyn writes:

The novel is not so much about the hunt for a murderer as an exploration of women’s lives and the way they are treated by men and by each other. In fact, the identity of the murderer is almost an afterthought added as an epilogue to conclude the book. Instead, the author explores what it is to be a woman in today’s society, the way women’s bodies are seen by others and used to define them.

The fact that we still need to write about this issue says something doesn’t it?

We now have a page on the site displaying new releases, by the month of release. It’s not complete because it only contains what we’ve been able to glean or what authors themselves have told us, but it’s a start. If you are an author with a book coming out, or you know of one, please let us know via the comments below.

“Literary” releases for March include:

To see what else is coming out, check out the page. You may like to bookmark it, because it’s regularly updated.

I’m Whispering Gums and I read, review and blog about (mostly) literary fiction. It was reading Jane Austen in my early teens that turned me on to reading literary fiction/classics, which is why I am here today doing this round-up! Little did Jane know what she started!

My love of Aussie literature started with Banjo Paterson’s ballads and Ethel Turner’s Seven Little Australians in my childhood. I didn’t really discover Australian women’s writing until the 1980s when I “met” and fell in love with Elizabeth Jolley, Thea Astley, Olga Masters, Helen Garner and Kate Grenville. Ever since then I have been making sure to include a good percentage of Australian (and other) women writers in my reading diet.