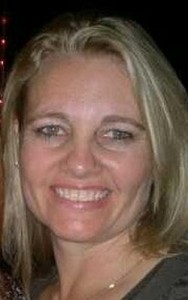 When did you start writing and what was the catalyst?
I enjoyed writing as a teenager. The love of it started when I was about 15 years old. I was in an English class at high school we were asked to write an essay for an alternative ending to the film, Kes. I put a lot of effort into researching and creating a new life for the boy in the film and what I hoped was a suitable happier ending. I received AA+ and topped the class. From there I tried my hand at writing a Mills & Boon story. (It was never finished, but I still have it – hand written on note paper!) It was then ten years later (and three children) that I started to write down the story that had been in my head for years (To Gain What’s Lost). It took me two years to finish it. The novel was huge, far too big with an enormous word count. I went through years of trying to get it published. No publisher wanted it. I shelved it and wrote three other books, which were published before it. That first book needed cutting down to a manageable size. I did that and it was published! How many novels have you written and published?
I am currently writing my 16th novel. Fourteen historical, two contemporary, and eighteen short stories. Fifteen of my novels have been published or contracted to be published.

How long on average does it take you to write a book?
My historical books which are my main priority take about a year to write, mainly because I work full time and I try to balance my home life with work and writing. Also, researching for historical novels can be time-consuming.

How has being Australian AND a woman impacted on your writing and/or writing career?
Being an Australian born to English parents and also living in both Australia and England has given me the happy medium of loving both countries. This allows me to set my books in both countries and draw from the experiences of living in both countries. I can live in England and write a story set in Australia because that is my home, I know it. I can describe it and feel it in my stories. Being a woman has allowed me to use my experiences as a daughter, wife and mother to deepen my stories, especially for my female characters.

What authors and types of books do you love the most?
I have a wide variety of tastes in books. I enjoy everything from historical fiction to contemporary romance. I like to mix it up. I never really understand how some people can read the same type of book the whole time, and I really like finding new indie authors, who aren’t in the bookshops but their stories are wonderful and shouldn’t be overlooked just because they aren’t with a big publisher. On my keeper shelves are those favourites I can read repeatedly. My favourite author is Audrey Howard, an English saga author (who actually wrote her first book while living in Australia) she is an unsung talent in my mind. I also enjoy Elizabeth Chadwick, who writes Medieval bio-fiction. I enjoyed Bryce Courtney’s novels. I am also a great fan of historical non-fiction research books. I can become obsessive in collecting those.

What is your favourite childhood book? Did reading as a child have any bearing on your decision to become a writer?
This is a hard one to answer. I was an avid reader as a child. My mother owned a bookshop so I had my very own supply of books. Enid Blyton was a firm favourite, but I also loved Black Beauty. However, my very favourite was The Silver Brumby by Elyne Mitchell. I still have that book and its sequel on my shelf. Such classic a classic Australian story.

What inspired your most recent book?
Nicola’s Virtue is inspired by a book I bought in an antiques bookshop titled, The Governesses, Letters from the Colonies 1862 – 1882 by Patricia Clark, which is about English women coming to Australia to work as governesses, through a sponsorship started by Miss Maria Rye, the founder of the Female Middle Class Emigration Society. Only, most of the women found that there were limited jobs available and most fell on hard times, with still a debt to repay the FMCES. Reading their letters about what they went through touched me and gave me the idea of my own story about one governess. Nicola’s Virtue come from reading that book.

How much research do you do? As an author of Historical Fiction, how do you balance the demands of getting the facts right and telling a good story?
I do a lot of research, but that doesn’t always mean every bit of research fact goes into the book. I use research facts to flavour the story. I’m a story teller – I tell stories – not non-fiction. I will always do my best to get the facts correct but I won’t drown the reader in historical knowledge to the detriment of my story.

Do you read your book reviews? Do you appreciate reader feedback and take it on board, even if it is negative? How do you deal with negative feedback after spending so much time writing your book?
I do read reviews, and since I’m only human I will get upset at a bad review, but I know that I can’t please everyone, and some readers won’t like my books, and it’ll hurt for a bit. But I’ll take it on board and try to improve the next story. Thankfully, I get so many nice comments it makes me feel like I’m doing ok and people are getting their money’s worth.

How much planning do you do? Do you plan / plot the entire story from beginning to end, or let it evolve naturally as the writing progresses? In terms of characters, are they already a firm picture in your mind before you start writing or do they develop a personality of their own as the story progresses?
I don’t plan/plot my stories. They evolve as I write. Usually the stories finish in a way that surprises me, which keeps me on my toes. I like not knowing where the story is going. I like to see where the characters take me. It’s a journey. The only time I have had to be aware of some planning is in the current Australian historical novel I’m writing now which is set in WWI and I have characters fighting in the war. So, I need to keep them following the time line of the battles they fought in, starting in Gallipoli, etc.

Have you ever had to deal with a situation where someone feels they recognise traits of themselves in one of your characters?
No, not as yet. Not that anyone has told me so far anyway. If I looked closely at some of my characters, I might see traits of family and friends in them. It’s probably bound to happen to all writers at some stage.

If you could go back in time for a year, which historical era would you choose to live in?
I think because I’m currently involved in researching WWI, then I would like to go back to that time. I’d be an ambulance driver in France or something like that. Or if not WWI then Colonial Australia, when settlers were coming out to create homes out of the virgin bush. I’d be one of those strong pioneer women, who created a farm out of nothing.

If you could sit down for an afternoon with an iconic person from history, who would you choose to spend that time with?
She might not be known much outside of Australia but I’d like to talk to Elizabeth Macarthur. What a courageous woman she was to manage their budding empire while her husband was in England in an era when men ruled. So either her or Queen Victoria.

When did you discover the Australian Women Writers Challenge? Do you think the challenge has had any impact on the awareness and discoverability of Australian Women writers? Have you personally benefited in terms of exposure of your work to new readers?
I have only just recently found out about AWWC in the last couple of months. I think it is brilliant of you to give such exposure to Australian women writers, and I applaud you for doing so. I hope by being featured myself, that I’ll gain new readers who might take a chance on reading my stories and hopefully enjoying them. About Nicola’s Virtue:
In 1867 Nicola Douglas attends a London lecture given by Miss Maria Rye, the founder of the Female Middle Class Emigration Society, which inspires her to change her life. With no family, but a good education, she boards a ship to Australia with high hopes of a fresh start in a new country as a governess. But Sydney is full of young women with similar hopes and equally poor prospects. When Nicola is at her lowest ebb, a benefactor appears, Mr Belfroy, whose past has made him sympathetic to women struggling to survive. She also meets Frances West, an activist from a privileged background, and her attractive but distant brother, Nathaniel. However hard she tries to resist, Nicola’s attraction to Nathaniel West grows. She is soon also introduced to a visiting American, Hilton Warner. In Warner, Nicola sees a true gentleman, and she basks in the American’s interest, which only angers Nathaniel West. As both men shower her with attention, Nicola reaches a crisis. She came to Australia never expecting to be anything other than a governess. Yet, the prospect of finding love, and being married, shows how empty her life has been since her parents’ death. Her achievements at the Governess Home are vital to her. Can she have both? Will a husband allow her to continue her noble course? To marry Warner would mean a new life in America, but marrying Nathaniel carries its own problems. Would he return to his old roguish ways? To reject both of them would relegate her to spinsterhood, if she were to make this choice, would her career ever be enough to sustain her?

Historical fiction fans might be interested to attend the 2017 Melbourne Historical Novel Society Australasia conference on 8-10 September. The programme features over 60 speakers HNSA Conference Speakers  You can read interviews with some of the participating authors at the HNSA Blog

About Theresa: I am an avid reader and book collector with a particular interest in Australian colonial history, circus life during the Great Depression, and the World War II era – an eclectic mix! I write Australian contemporary fiction and have four novels published, with another one to be released this year, although I am making the switch with my sixth novel into Historical fiction with a dual timeline. You can find me on Facebook at Theresa Smith Writes, Goodreads Theresa Smith, and Twitter @TessSmithWrites