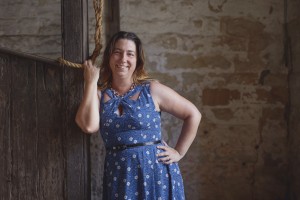 Welcome to Sunday Spotlight. Today we feature Renée Dahlia, whose debut novel, To Charm a Bluestocking, will be released on March 25th. I started writing non-fiction when a horse racing magazine proposed the idea of a series of myth-busting articles. I would take a theory, investigate it from a statistical point of view, and then write-up the results. Prior to that, I trained as a scientist and had worked in data analysis with no experience writing. Magazine work is brilliant discipline – working to deadlines and word counts means that every word has to matter. Even though, I’ve come to writing fiction much later, I’ve always been a reader. The catalyst for attempting a novel came from a book. A character stated that they’d read all the books, and another character tells them to write one. That statement resonated with me, at a time when I faced a minor career crisis, and so I thought I’d have a crack. I soon discovered that the craft of fiction is very different to non-fiction. I did many courses with Romance Writers Australia in order to learn more. I pitched this book at their conference in August 2016, and I’ve been fortunate enough that Escape Publishing thought the concept and the writing was worth punting on.

How many novels have you written and published?
This is the first novel I’ve written. I’ve completed the fourth book in this series, and have nearly completed the second. It’s probably a bit odd to have written them out-of-order; however, the characters demanded to be written.

How long on average does it take you to write a book?
The first one, To Charm a Bluestocking, took three months to write. It took another nine months to edit. The next two have taken less time in the editing stages, so I hope that reflects how much I’ve learnt.

What authors and types of books do you love the most?
Mostly I read romance and non-fiction (across a wide range of topics), although I will try anything. Last summer we took the family to Tasmania on a grand adventure, and I read several Tasmanian novels after that trip including Gould’s Book of Fish and For the term of his Natural Life (1874).

What is your favourite childhood book?
I had many favourites as a child; all the Famous Fives, Narnia, The Hobbit, Anne of Green Gables, The Secret Garden, Journey into War, and The Silent One; are some that spring to mind. Later, as a teenager, a book called The Paladin stuck with me, as well as PG Wodehouse. My family are all big readers, and I once read War and Peace in competition with my sister (I think she won). Only later did we discover that a distant relative is mentioned in it: “the Rostovs are staying at the merchant Bronnikov’s house, in the Square not far from here…” (War and Peace, by Tolstoy). Whether Tolstoy invented the name Bronnikov or whether he based it on my great-great-uncle is unknown. Pavel Bronnikov owned a stage-coach service connecting Moscow to the rest of Russia, and was awarded 500 roubles by the Tsar in 1820 for services rendered in transportation.

What inspired your most recent book?
My great-grandmother graduated as a doctor in Holland in 1910. While doing some research for the family histories, I came across a paper written about those early female medical students. Between 1871 and 1910, there had been only 20 female graduates. I wondered about the challenges they would have faced, and about which of those challenges still face women in the workforce now. From there, came the idea of a series based on three women who study together. I decided to set the series in the mid-point of those years, so my three characters were pioneers without being ‘the first’. The Orange Riot occurred in 1887, which provided tension for the plot in To Charm a Bluestocking, and that’s why I selected that year.

How much research do you do? As an author of Historical Fiction, how do you balance the demands of getting the facts right and telling a good story?
Having only started writing, and having grown up with the internet, I am in awe of writers who did all their research prior to having it all at your fingertips. Outside of the internet, I read a lot of non-fiction historical works, as well as historical fiction. In terms of my own books, I try to include historical notes at the back of the book as a counterpoint for any place where I might have deliberately stretched history.

How much planning do you do? Do you plan / plot the entire story from beginning to end, or let it evolve naturally as the writing progresses? In terms of characters, are they already a firm picture in your mind before you start writing or do they develop a personality of their own as the story progresses?
I’d say that I’m mid-way between plotting and free-flow writing. I start with a few basic plot outline that looks like ten bullet points. Then I add a basic character arc, e.g. “He needs to learn that he makes his own luck, not rely on external factors.” From there, I start writing the dialogue in a free-flow manner. The characters evolve as they discuss their way from one plot bullet point to the next. Once I’ve made it to the end with dialogue and the emotion of the story, I go back and add in the external descriptions.

If you could go back in time for a year, which historical era would you choose to live in?
As a woman, now is the best time to live. We can vote, own property, the risk of dying in child-birth is almost nil, and we have equal opportunity in education. If I was a man, the late 1800s and early 1900s would be fascinating. The explosion in science and technology at that time was staggering; cars, planes, radiation, germ theory, and much more.

If you could sit down for an afternoon with an iconic person from history, who would you choose to spend that time with?
Although there are many amazing women in history to select from, I’d probably choose Marie Curie. She is the only person to have won two Nobel Prizes, and having lived through the era I mentioned above, we could have a fascinating chat about science and the changing face of female opportunities.

When did you discover the Australian Women Writers Challenge?
Via social media last year.

Do you think the challenge has had any impact on the awareness and discoverability of Australian Women writers?
I hope so.

About To Charm a Bluestocking: 1887: Too tall, too shy and too bookish for England, Lady Josephine moves to Holland to become one of the world’s first female doctors. With only one semester left, she has all but completed her studies when a power-hungry professor, intent on marrying her for her political connections, threatens to prevent her graduation. Together with the other Bluestockings, female comrades-in-study, she comes up with a daring, if somewhat unorthodox plan: acquire a fake fiancé to provide the protection and serenity she needs to pass her final exams.
But when her father sends her Lord Nicholas St. George, he is too much of everything: too handsome, too charming, too tall and too broad and too distracting for Josephine’s peace of mind. She needed someone to keep her professor at bay, not keep her from her work with temptations of long walks, laughing, and languorous kisses.
Just as it seems that Josephine might be able to have it all: a career as a pioneering female doctor and a true love match, everything falls apart and Josephine will find herself in danger of becoming a casualty in the battle between ambition and love.