March 2017 Round Up: History, Memoir and Biography 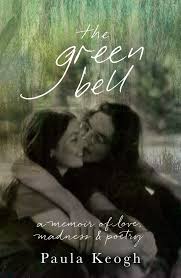 I’m writing this roundup of the March reviews in the History, Memoir and Biography category in April, with the Stella Prize announcement in today’s papers. Two of the shortlisted memoirs continued to attract attention during March. Maxine Beneba Clarke’s book The Hate Race (Hachette 2016) garnered four new, positive reviews to join the four already posted during 2017, and Cory Taylor’s  ‘Dying’ (Text, 2016)  also received another review. You can read the compiled reviews on the Book Search section of the AWW website.

Beyond the memoirs shortlisted for the Stella Prize, there were seven other memoirs reviewed during March but I’ll mention just three of them here. First, Cass Moriarty reviewed The Green Bell (Affirm, 2017) by Australian writer Paula Keogh. Subtitled “a memoir of love, madness and poetry”, Cass described it as “a love story set amidst the turmoil and frustration of Keogh’s mental illness and Dransfield’s drug addiction.” Cass noted that while the book provided “a unique insight into the plight of a young person suffering an ongoing mental crisis,

I do feel that the book frequently got lost or bogged down in mundane and trivial details, and that the sheer amount of the busyness of such detail tended to obscure the larger meanings and themes… this somewhat diluted the raw emotion and energy of the early chapters. (read review here) Second, Shelley McInnis from the Newtown Review of Books reviewed journalist Caroline Baum’s memoir, Only (Allen & Unwin, 2017). Her curiosity had been piqued by Baum’s account of estrangement in the compilation volume Rebellious Daughters, but she found that she

had to wade through the first part of the memoir describing the exotic and privileged lives led by the ménage of Caroline and her parents before their estrangement. I tired of the celebrity spotting, shopping sprees, holidays, and accounts of la cuisine and la couture, but all of this did serve to contrast the material richness of the cosmopolitan Baum lifestyle with the emotional poverty underlying it…..

However, she wrote that:

If the first part of the memoir contains a multitude of examples of emotional near-misses, the second part, dealing with Harry’s decline and death, is replete with examples of the exact opposite: emotional deftness of the highest order (review here) Finally, in what seems to be a more outward-looking memoir, Kim Mahood’s Position Doubtful (Scribe 2016) was reviewed by Jonathan Shaw. Mahood, who spent her late childhood and early teenage years in remote Australia, has been returning there for twenty years. But,

This is not a drop-in account of life in remote Australia. It’s in part a memoir about friendship, including a number of bereavements, in part a reflection on an artistic practice, in part a record of Aboriginal testimony. (review here)

Jonathan’s review noted his regret that the artworks in the paperback edition “are too small and muddy to be of much use. The book cries out for an edition with larger, full-colour illustrations.” It’s quite common to find images in a biography, and this was certainly the case in Jennifer Gall’s biography of the poet A.B. (Banjo) Paterson’s mother, Looking for Rose Paterson, published by the National Library of Australia (New South, NLA 2017). Janine Rizzetti at Resident Judge noted that:

The book is lavishly illustrated with images, only few of which relate directly to the Paterson family.  At times I wondered if the images were being used too tangentially.

Nonetheless, the letters between Rose Paterson and her sister, on which the book is based

… provide an entrée to the world of women who have intermarried into a small subset of pastoralist families and who are known to each other…[T]hrough the intimacy of sisters … we gain a family-based, woman’s-eyed view of childbearing, motherhood, parenting and social life (review here) Anna Greenwood was more troubled by the intersection of fictionalization and biography when she reviewed Alexandra Joel’s Rosetta: A Scandalous True Story (Penguin 2015). In reviewing this book of “an unconventional woman who led a fascinating life”, written by Rosetta’s great grand-daughter, Anna wrote

Unfortunately, I found that the degree of fictionalisation didn’t sit well with the classification of this book as biography or the subtitle describing it as a true story. Dialogue, thoughts, feelings and motivations, and even some characters are the product of the author’s imagination. The result is often melodramatic and doesn’t always ring true. Some obviously fictional episodes felt unnecessary, not adding anything worthwhile to the story. I also found the writing style was often overly flowery, which distracted from the narrative. (review here)

Finally, Rebe Taylor’s Into the Heart of Tasmania (MUP 2017) tells of a nineteenth century British geologist, anthropologist and collector, 56 year old Ernest Westlake who in 1908 packed a tent, a bicycle, plenty of socks and forty tins of food and travelled to Australia. Taylor’s book describes Westlake’s 18 month journey and discoveries about what he perceived as the ‘extinct’ Tasmanian Aborigine, but it also interrogates our own understanding as well. In her review, Jennifer Cameron-Smith wrote

Reading about Ernest Westlake’s experiences, and Dr Taylor’s observations of the present, provides an uncomfortable reminder of how incomplete and how inaccurate our retelling of history has become. In 1908, Ernest Westlake thought Tasmanian Aboriginal people were extinct. In the 1960s, when I attended school in Tasmania, we were taught that there were no Aboriginal people left in Tasmania. Wrong. And in the present day, as Dr Taylor shows (in her writing about the Brighton Bypass), our ability to ignore the significance of Aboriginal heritage continues (review here.) One of the emphases this year in the Australian Womens Writing Challenge is on ‘classics’ and I’d like to spotlight ‘older’ histories and biographies when they’re reviewed. It might be a bit premature to designate Clare Wright’s The Forgotten Rebels of Eureka (Text 2013) as a classic, but given its status as the only non-fiction Stella Prize winner (awarded in 2014), it seems right to usher it back on stage. Lisa wrote

[Wright’s] writing is clear, precise, evocative and occasionally humorous, making the act of reading easy and delightful — but without sacrificing historical integrity. Wright is able to bring the people she writes about to life, without it feeling like she’s delving into fiction…Occasionally, there are stumbles in this book — times when I thought Wright was reaching with her theories, but these were few enough and the book so good that it didn’t really impact my enjoyment of it.There is a boldness in this narrative, but it is a tempered boldness. (Review here)

Hopefully it won’t be too long before we see another History, Memoir, Biography book as a Stella Prize winner again, even if it didn’t happen this year!

About: I’m Janine Rizzetti and I blog at the immodestly-named The Resident Judge of Port Phillip where I indulge my love of reading and history. I am a historian, interested in Australian and colonial history, officially retired but more occupied than I thought I would be with my local historical society.