April 2017 Round Up: General Fiction 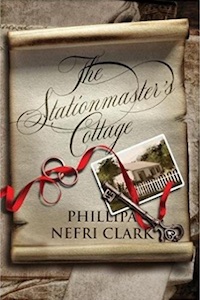 Equally fascinating is the fact that three of the books reviewed in April have titles relating to “us”, i.e. The Song of Us, The Shape of Us, and The Missing Pieces of Us. What other book titles can you think of that focus on one or another unique aspect of “us”?

In terms of forms, subgenres and special interest areas, out of the 76 books, ten were identified as “diversity/LGBT+ character”, seven as “diversity/indigenous issues/indigenous author”, and two as “women’s rights/domestic violence”.

In terms of publishers, 20 out of the 76 books, or 26%, were identified as being published by small presses/independent publishers. These include University of Western Australia Publishing, University of Queensland Press, Transit Lounge, The Author People, Text Publishing, Scribe Publishing, Nero, Fremantle Press, Echo Publishing, Cala Publishing, and Hybrid Publishers. Of particular interest is Phillipa Nefri Clark’s The Stationmaster’s Cottage, which was self-published. Below are some highlights from the 94 reviews published in April. Apart a full-length novel, I picked two collections of short stories because these are generally less reviewed. As usual, all three reviews feature some of the ways in which stories = of all lengths = are consumed, comprehended and critiqued by readers, whose considerably different life experiences and literary aspirations offer unique perspectives that help others explore the art and craft of reading.

Ashleigh Meikle – The Book Muse reviewed Margo Lanagan’s Singing My Sister Down and Other Stories (Allen & Unwin, 2017), a collection of “surreal, fantastical and timeless short stories”. Unlike most anthologies in which the stories are linked by a theme, a series of characters or other plot devices, each story in this collection “is its own entity, and yet, this works”. More importantly, Ashleigh says: “I liked the different stories and characters within each tale, alternating between timeless worlds or worlds of magic and wonder, or unknown worlds hinting at a non-human existence. [Lanagan] does all of this in a wonderful way that captures the imagination and brings together ideas of what makes us human – and how an individual might deal with certain circumstances.”

Each story is written in first person, and set in undetermined times and places, and at times, drawing on myth and fairy tale to create the story. This gives each story an eerie feel, but at the same time, it works really well, allowing the reader to immerse themselves in the stories that Lanagan has written. In some tales, the sinister side of tradition and fairy tales or nursery rhymes emerge – Wee Willie Winkle is shown as a living nightmare, a world where the worst dreams come true and haunt people for a long time. Yet others are more surreal, where I was unsure about the setting and plot and characters – yet at the same time, show a world that is not quite perfect at times, but idealised through the eyes of some of the narrators… Within each story, Lanagan has created a world we can recognise – the world of human nature and human flaws, not a physical world. It is lyrical and full of rich language and imagery that makes each read compelling, something that I didn’t want to set aside. It is another book that can be devoured or savoured, and I tried to do both, wanting to know how each story ended, yet not wanting to finish it too quickly. Meanwhile, Jemimah – Oddfeather blog reviewed Heather Taylor Johnson’s Jean Harley Was Here (University of Queensland Press, 2017). In Jemimah’s words: “[This book] is about friend, wife, mother, traveller and cyclist Jean Harley. Or rather, as suggested by the title, it is about her absence. A tragic and fatal bicycle accident sets the story in motion, and what follows is a story told from the perspectives of people who knew Jean or had some connection with her, and the novel spans several years as the shock waves of the tragic event are felt by everyone close to her, and even by people she didn’t know.” She continues:

Part of what makes Jean Harley Was Here unique is that it is the story of a woman whose perspective we never hear from, yet by the end of the novel the reader feels as though they have known her for years. There are not many stories in which the main character never gets a direct look-in, or even appears, alive, in the timeframe of the main story. But Johnson has somehow created a character who is imagined, remembered and grieved-over through the intricate overlapping of her life with the lives of the people she connected with, and it is so beautiful that I fought back tears more than once. Although the story is bittersweet, it is written in gentle, redolent prose that is highly readable and renders the work evocative and easily digestible. I took longer than intended to finish the work – three weeks for a 240-page book – as I was often unavoidably interrupted. Each time I was forced to lay the book down I worried that the melancholy story would prevent me from picking it up again, but a combination of the writing style, short chapters, and vibrant, tactile characters meant I was eager to dive back into the story until I reached its conclusion. Finally, Cass Moriarty reviewed Karenlee Thompson’s Flame Tip (Hybrid Publishers, 2017). The stories in this collection are joined together by one common factor – the terrible Tasmanian Black Tuesday bushfires on February 7, 1967. As Cass explains: “Each of the tales has a link – sometimes overt, sometimes more tenuous – with that life-changing day over 50 years ago, and the aftermath. The tragedy left 62 people dead and 900 injured. Pets, livestock and property were destroyed; over 7000 people were left homeless. It was an event that has loomed large in the Tasmanian consciousness, and is counted as one of Australia’s worst disasters.” She goes on to say,

As a consequence, these stories are often founded on grief, loss and pain, but the mood is delightfully uplifted by equal examples of resilience, sacrifice and humour… As is often the case with a collection of stories, some are more engaging than others; some would no doubt be uncomfortable and hard to read by people with memories of that day or a similar trauma; some are perfectly formed. Some use the fires front and centre as impetus for the narrative, and for some the bushfire is a tangential aspect that serves only to anchor the narrative in a particular time and place. But all of the stories feature memorable characters, nearly all are told with a cheeky and understated sense of humour, and all of them reflect human experiences and the many ways in which we cope with trauma, loss, infidelity, danger and death. The Australian flavour of the stories is depicted through the language and cultural norms, through the landscape, the weather and the native flora and fauna, and we are reminded of the unique quirks, habits and sayings that join us together as a nation. The fires of that infamous day may have rent us apart, but this collection of short stories demonstrates how we are brought together.