April 2017 Round Up: History, Memoir and Biography 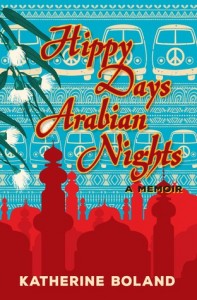 April was another busy month for the readers of history, memoir and biography, with 25 reviews posted. The overwhelming majority of these (17 of 25) were memoirs, followed by biographies (7) and just one history.

Several of our reviewers read books which have been shortlisted for various prizes and highlighted in previous round-ups. Check out the compiled links to Maxine Beneba Clarke’s The Hate Race, which garnered two more reviews in April,  Elspeth Muir’s Wasted (two new reviews) and Cory Taylor’s Dying: A Memoir which was also reviewed twice during April. Ashleigh Meikle – The Book Muse reviewed Looking For Rose Paterson: How Family Bush Life Nurtured Banjo the Poet, which was also reviewed last month.

Let’s start with memoirs, as they were so dominant in April.

Three of the memoirs reviewed during April celebrated exotic locations and lifestyles. Australian artist Katherine Boland’s memoir of her life Hippy Days, Arabian Nights is divided into two parts: first as a hippy in Northern NSW and then as an artist in Egypt, where she fell in love with her Egyptian translator, more than 25 years her junior. MST at Adventures in Biography described it as a “rollicking ride” but found herself “wanting to take Boland aside and shake her. What the hell was she thinking?” Samone Bos moved from being a young book editor in Melbourne to an English teacher in Tokyo. Her memoir Momo Freaks Out is a series of quirky blog posts compiled over a number of years. Jo @ Booklover Book Reviews wrote that Bos’s

highly spirited nature and penchant for all things alternative/geeky…makes for entertaining (and at times downright hilarious) blog-diary entries… Given that the narrative voice…does at times verge on manic, it is not something I read for hours at a time. Rather this book is one that I dipped into, and was entertained by, over the space of a week… (review here)

Linda Neil’s memoir All is Given: A Memoir in Songs contains 10 stories, plus a prologue and epilogue, each set in a different part of the world including India, France, China, Mongolia and Nepal, joined together with song and music. Cass Moriarty felt that the stories had the “ring of truth” and that “while all the stories may not be perfect, they resonate with a very personal sense of being real and true.” Three memoirs read during April document the author’s challenge in overcoming a difficulty or unexpected rupture in their life. Jessica Friedmann’s Things That Helped examines post-natal depression, but as Justine Hyde noted,

her essays radiate out across art, feminism, music, the environment, marriage and race. It is an enthralling journey through her expansive knowledge and sharp mind. This isn’t a 10-step recovery narrative. It is a 12-chapter chipping away at the edifice of depression, each chapter offering a thing that helped…deconstruct[ing] her mental health struggle in all of its complicated mess… (review here)

In Death by Dim Sim, Sarah Vincent writes about her loss of 40 kg in weight. The first half of the book is memoir, while the second half deals with the science of weight loss, recipes and weight loss tips. MST of Adventures in Biography read this “clear-eyed” book, “written in page-turning prose”  all in one go, and likened it to “having a cuppa with a warm and sympathetic friend, one who is always up for a laugh.” In her review of Helen Razer’s The Helen 100, Louise of A Strong Belief In Wicker did not feel quite so comfortable with her narrator. Helen Razer recounts the end of a fifteen-year relationship and her determination to follow her waxer’s advice to go on 100 dates within a year. Louise wrote: “…I don’t particularly like to think of myself as too much of a prude but I was often quite uncomfortable reading The Helen 100. Too much of the book was way over beyond the wrong side of Too Much Information.” (review here)

Finally, two of the memoirs reviewed during April were compilations of testimony, bearing witness to past and present wrongs. A recent publication is They Cannot Take the Sky, which presents the voices of over twenty detainees, in their own words, reviewed by Jennifer Cameron-Smith. A very different compilation was reviewed by Emily at a Keyboard and an Open Mind in her analysis of Walpiri Voices: Our Lives, Our History. This collection contains transcripts of oral history interviews conducted with women members of the Northern Territory Walpiri people, covering the relationship to the land from before white settlement through to 1995. Although Emily found the transcript-dominated book rather “slow-going”, she appreciated that this “important record” was captured while it was still possible.

Three of the biographies reviewed during April took women as their subjects. Carole Baxter continued with her theme of colonial narratives with Captain Thunderbolt and His Lady. In her review, Lisa Setepenre felt that the publishers had overstated the role of the part-Aboriginal woman, Mary Ann Bugg, who was mostly uninvolved in her husband’s bushranging acts as ‘Captain Thunderbolt’.  While recognizing that the book was “tremendously well written and exceedingly readable”, Lisa didn’t particularly like the “popular history” approach of the book, in which the narrative reconstructs the lives of the subject and “often fictionalises elements of the story”.

Maybanke Anderson was a leading public figure in the debates about the problems faced by women and children in NSW during the 1890s and early 20th century review. She was an educationalist, social reformer and a campaigner for women’s suffrage. In her review of Jan Robert’s biography, Maybanke Anderson: Sex, Suffrage & Social Reform, Yvonne Perkins at Stumbling Past encourages readers to persist beyond the first two chapters, which “descended into a list of genealogical facts and speculations“. Overall, with its interplay of chronological and thematic approaches, she found the book “organised well and easy to follow“. Sylvia Martin’s book, Ink in Her Veins: The Troubled Life of Aileen Palmer, examines the life of this accomplished translator and linguist, activist, socialist and (maybe) lesbian who went to the Spanish Civil War, spent WWII in London and suffered from depression. In her review, Calzean writes:

I had never heard of Aileen Palmer before, but this book gave me a detailed understanding of a woman with heart, bravery and a love of words. It also gives a detailed look at the Melbourne literary community in the period after WWII. (review here)

The only history reviewed this month is Patsy Adam-Smith’s widely-recognized, if dated, classic The Anzacs. Published in 1978, Adam-Smith allows the Australian soldiers and nurses who served to tell their stories by quoting extensively from interviews, diaries and letters, while weaving the accounts together with context and opinion. In her thoughtful review, Yvonne Perkins at Stumbling past asks:

So why read an old history which has no references when there are so many good books on this topic that reflect the advances in knowledge that we have about World War I as a result of much research since 1978? History is an account of the past coloured by the attitudes of the present. This book is a primary source for the work done to recharge the Gallipoli myth in the 1970s. It reflects the attitudes of the 1970s and it reflects the memories and concerns of someone raised in a grieving family in the 1920s and 1930s. (review here)

And thus ends April – the month of the memoir! I wonder what May will bring?