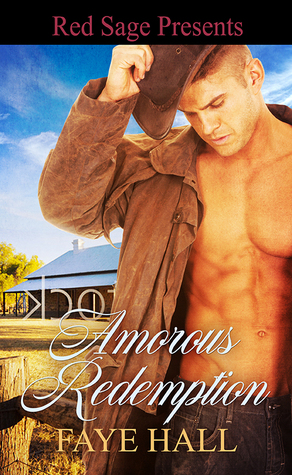 Today we feature Faye Hall, and romance and erotica writer whose novel Amorous Redemption (Red Sage) is due for release this month. Welcome, Faye, and thanks for participating in our Sunday Spotlight.

Describe how you research and the challenges of incorporating research into your story.
As my books are set in parts of the Burdekin Shire during its settlement in the nineteenth century, research has proven to be a challenge. These areas are small and not something you would easily find in a history book or google search. Because of that I rely very heavily on the stories and photos given to me by many of the locals, as well as the extensive history of my own family who were also settlers.

How has being Australian and a woman impacted on your writing and/or writing career?
I’m proud to be an Australian, and take great effort to ensure my books are set mostly in our wonderful country. That said I have found my passion is not always welcomed by publishers. So many still only welcome submissions set in the UK or USA, stating that a country such as Australia is not well known enough to be popular, especially in the romance genre. I disagree. The history of Australia, and the romantic tales involved in the birth of its towns are some of the most interesting and heart-warming stories to read. There is passion, discovery and love to be found played out before a backdrop of some of the most beautiful and unspoilt surroundings.

As for my career being hindered because I am a woman, I can’t say that I have experienced that as yet. Given the genre that I write is romance, being a woman is almost expected.

If you could walk through a door into another realm, describe the universe you’d choose to visit.
I would want to see wilderness – green trees as far as the eye can see. A simply log cottage against a grassy hill somewhere where I could set up home and grow some flowers and herbs would be the first thing I would look for. And a small lake – somewhere where I could catch some fresh fish for dinner if I wanted.

Tell us something about yourself that you’d like your readers to know. In my upcoming release Amorous Redemption, the heroine, Phoebe Porter, is being returned to Inkerman Downs Station and her family waiting there. It is also mentioned that her family once delivered goods from the supply ships that came into Heath Creek. These events are all part of my own family history. My great-grandmother, Anne Porter, used to watch for the supply ships. She lived with her family who were Scottish immigrants on the largest cattle station in the Burdekin at the time. It was then called Inkerman Downs Station. It has since been shortened to just Inkerman Station and is still in operation today though no longer under ownership of my family.

Do you think the challenge has had any impact on the awareness and discoverability of Australian women writers?
Any exposure for Australian writers is great and to have an organisation pushing to give Australian women recognition is just awesome! Yes I believe that there has been a significant impact on the awareness of us as writers. All that hard work and effort is providing a path for our authors to be noticed alongside our American and English sisters and, to me, that is fantastic.

Phoebe Porter has run away from her family…from her fiancé…from her life.

Upon arriving in the dusty mining town of Ravenswood, Queensland, Australia, Phoebe is certain she is finally safe from all who wanted to rob her of everything she had…including her life. That is until she is swept into the strong arms of a stranger…a stranger she will soon be surrendering her body and heart to.

This is to be the last job for bounty hunter, Duncan MacAllester. All he has to do is retrieve Phoebe Porter from Ravenswood and return her to her home of Inkerman Downs Station and to the fiancé awaiting her. If he can survive this last hunt for this woman then he will finally have the money he needs to reclaim his cattle station and retrieve his life. About: Faye Hall married the love of her life after a whirlwind romance in 2013. Together they are raising their 9 children in a remote country town in northern Queensland, Australia.