May 2017 Round-up: Classics and Literary 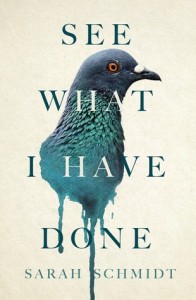 The literary awards keep coming, and in May we had the winner of the NSW Premier’s Literary Awards announced, as well as longlist for the Miles Franklin Award. For more about these, check under Around the Awards below.

Another lovely bunch of reviews in May, with 81 posted. However, 19 of those were from Bill Holloway (The Australian Legend) posting his “back catalogue” of Aussie classics, and 11 were from Kali Napier who posted her reviews from earlier this year. It’s great to see all these reviews being captured. This means that for May itself we had 51 books read and reviewed, which is still pretty darn marvellous! Some highlights are:

Another stellar month for classics, as you will have gathered by now. Some seventeen reviews for classics were posted, by three different reviewers. As I mentioned above, Bill (The Australian Legend) linked his back catalogue of reviews and while none were actually posted in May, I can’t not acknowledge his work. So, I have chosen one of his recent posts, from April, to feature this month, The three Miss Kings by Ada Cambridge.

The three Miss Kings, published in 1883, was the tenth of Cambridge’s 25 novels. I wonder how many of our participants have heard of Ada Cambridge, let alone read her? If you haven’t, she is worth checking out. Anyhow, this story concerns the lives of three sisters, and the moral and religious challenges they confront in finding partners. Bill writes:

Cambridge is not the writer that her fellow chronicler of C19th Melbourne, Tasma, is. That is, she is not as ‘literary’. But her writing is straightforward, the story itself is enjoyable…

Another classic posted this month was Eleanor Dark’s The little company. Dark is best known for her book The timeless land, but reviewer Julian Leatherdale was impressed with this book, which is set in Sydney and Katoomba during World War II. He writes:

Well, this is my first Eleanor Dark and it is a revelation. Her writing style is beautiful and dense, and so rigorous it is able to capture the most subtle and indeterminate of psychological states. The writing is never hurried; many scenes are lengthy, discursive conversations about writing and politics or finely observed interactions between characters and there is much internal examination as well. And yet there never a dull moment. These interrogations of politics, especially of communism and nationalism, have an urgency and vividness that make this book still feel modern.

What makes a genre book literary? This is one of those questions that everyone will answer differently, and which poses this section of our blog the most angst. The simplest answer relates to books which breaks the bounds of genre in some significant way. My problem is that I don’t read enough “genre” books – such as crime and speculative fiction – to always know when these bounds are crossed. Consequently, I mostly rely on what our participants say. And this month, they said that Claire Corbett’s latest novel, Watch over me, a futuristic novel about war over the last great fossil fuel reserves, fills the literary bill.

Mrs B’s Book Reviews describes it as “a very modern, almost futuristic take on love, life and survival in a time of conflict. … an ambitious novel, with strong intentions” though felt it didn’t quite live up to the expectations she had at the start. Sally Nimon, writing in the Newton Review of Books, felt her credulity was stretched a little at the end but says that

This is a powerful portrayal of what can happen in war and in the skilful hands of Claire Corbett the message is clear: there but for the grace of God …

Our third reviewer, Michelle (Beauty & Lace) also found it a strong read. She starts with:

Watch Over Me is a novel that is disturbing, intriguing and engrossing all at once. It’s set in a time that could well be right now, or a few years in the future. The technology is recognisable if a little more advanced, there is nothing scarily futuristic.

If there’s one thing that speculative fiction can do very well, it’s capturing the major concerns of the day – and in “our day” one of those major concerns relates to energy and climate change. This book joins many we’ve been seeing in recent years which use some aspect of the energy and/or climate change crisis as a springboard. Another book linked to the Challenge this month, which deals with this topic, is Jane Rawson’s A wrong turn at the Office of Unmade Lists. Bill (The Australian Legend) is very clear on why this near-future dystopian book is not “pure” genre. He writes

One last thing, don’t be misled by the prize for SF writing. I have read SF incessantly since those long ago uni days and, on the evidence of this book, Rawson is one of those writers like my favourite Williams, Burroughs and Gibson, who write on the edge of what is possible in ‘mainstream’ fiction. Unmade Lists is not Fantasy, is not Space Opera, is definitely not genre fiction. Read it and see.

The NSW Premier’s Literary Awards were announced, with those of particular interest (and relevance) to us here, being:

Both of these have been reviewed for the challenge.

The Miles Franklin Award longlist comprising nine books was announced in early May. Five are by women writers, and, wonderfully, all have been reviewed at least once for the challenge:

For all new releases, please check our dedicated page, but some interesting new books this month include: