May 2017 Round Up: General Fiction 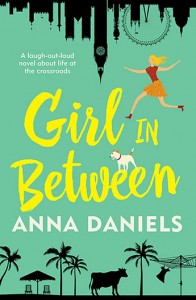 Did you know that in May we only reviewed two general fiction books published before 2006? They were Criena Rohan’s The Delinquents (1962) reviewed by Kali Napier, and Miles Franklin’s On Dearborn Street (1981) reviewed by Bill Halloway.

Welcome to the May Round Up for General Fiction. All up, we had a total of 99 reviews for 77 books and 69 authors. A pretty decent mix of sub-genres and publishers among them. The most reviewed book this month was a tie, going to The Museum of Modern Love by Heather Rose and Girl in Between by Anna Daniels, both reviewed four times. The Museum of Modern Love :

I lingered over this novel, taking far longer to read it than I normally would for a novel twice its length, but it was so achingly beautiful, so significant, so truthful for artists of all mediums; it would have been a literary crime to race through it. ~ Theresa

The Museum of Modern Love attempts to interpret and represent the chaotic stillness of Abramovic’s work, and to say something perhaps about all indecipherable art forms. And in doing so, it manages to tell us something about more ordinary, everyday love, and what it means to be committed and authentic. ~ Cass Moriarty on Goodreads

Jane Rawson had three books reviewed in May, A Wrong Turn at the Office of Unmade Lists, Formaldehyde, and From the Wreck.

This is a thoroughly enjoyable book, as fantastical as, but less gritty than Rawson’s debut novel, A Wrong Turn at the Office of Unmade Lists; nineteenth century Port Adelaide, and George and Eva’s extended family play a much bigger part than I have given any idea of here. I advise you all to buy it, and hope Jane is already working on her next. She is a remarkable talent. ~ Bill Holloway

From Cala Publishing this round up, we’ve got Champagne for Breakfast by Maggie Christensen. Amanda gave it 4 out of 5 stars, providing this in her review:

My favourite aspect of Champagne for Breakfast was the location. The setting was simply stunning. We are provided with a set of beautiful and vivid descriptions of Noosa, a part of Australia I have not had the chance to visit but I would dearly love to in the future. I like the relaxed way of life and local community that emanates from the pages of this novel. I could easily imagine myself with the characters in the novel sharing a glass of champagne… for breakfast! It sounds delightful!

If you are interested in finding more general fiction books by Australian Women Writers that were reviewed in May, please check out our “Books Reviewed” page.