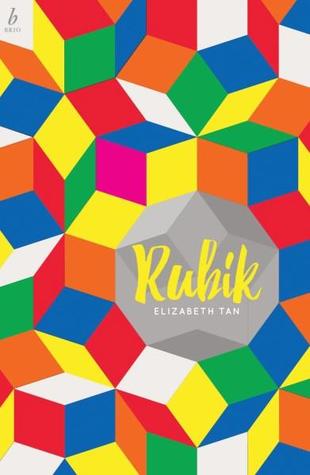 A small independent publisher, Xoum (pronounced “Zoom”) was founded in 2011. It has offices in Sydney and Melbourne and offers four imprints that specialise in different genres:

While most of their authors are from Australia and New Zealand, their Fantastica imprint does accept international submissions. A quick glance at their author list suggests a fifty-fifty split in terms of gender diversity. They publish several female authors of diverse ethnicity, including debut author Elizabeth Tan and Hoa Pham.

Xoum publishes in both print and ebooks. Print copies of their books are available via New South Books in Australia and Ingram internationally, and their ebooks can be found at Amazon Kindle, iBookstore, Kobo and Google. Their titles are also available via Xoum’s own website.

Several of Xoum’s authors are well known to the AWW challenge. Malla Nunn and Jane Rawson are two names that stand out to me – they are authors I have heard of and seen in bookstores. Malla Nunn’s work, A Beautiful Place to Die, Let the Dead Lie, Blessed Are the Dead and Present Darkness have received two Edgar Award nominations between them, and Nunn has also received a RUSA Award for Best Mystery Novel and a Davitt Award for best crime novel by an Australian author. Blessed Are the Dead, a 2013 Publishers Weekly Top Ten Summer Crime Read, was shortlisted for an Anthony Award and a Ned Kelly Award.

Another award winner is Marlee Jane Ward, whose Welcome to Orphancorp won the 2016 Victorian Premier’s Literary Award for Young Adult fiction. The follow-on, Psynode, was released in May this year.

Several of Xoum’s books have been reviewed for the AWW challenge, including:

New releases to look out for include Elizabeth Tan’s debut novel Rubik and Jean Flynn’s Lovesick, XO Romance’s first romance title, due out in August.

Hopefully we can get more books read and reviewed from Xoum in the second half of the year. I’d like to try some of Malla Nunn’s books if I can find them – they look intriguing and as I have family connections to South Africa, the setting sings to me in the lyrical way Africa does when it gets into your heart. Elena Rubik can’t seem to stay dead. She persists: as a set of corneas, as a newsletter subscriber, as a member of fanfiction forums.

Her best friend Jules Valentine meanwhile is unwittingly inveigled into an indie-film turned corporate branding stunt. When Jules leaks information about the true story behind the video – by then an overworked viral meme – wannabe investigative reporter April Kuan is assigned the case. But as April trails Jules all over Perth she too becomes ensnared in the machinations of shady corporate interests as the very laws of physics and time begin to bend. Beth is an absolute wreck. She is certain that she has some kind of disease — a fatal one, most likely. She is also very single and quite keen on her (boss) colleague, Dr Brendan Roberts. He seems to fancy her, too — well, until The Morning After.

Beth knows it’s time to sort out her messy life, but she has no idea where to start.

Enter Shane — a slightly dishevelled forklift driver. He may not be suave or wealthy, but he does laugh at Beth’s jokes and remember how she likes her coffee. Plus, the more they hang out, the healthier she feels.

But when Shane suddenly cuts off all communication, Beth starts to think there’s no such thing as The One, and she decides to stop being slapdash and move on. Only life is never that simple, and Beth must take a chance if she hopes to find the cure to her ills.

About Ashleigh: I’m a book reviewer, student, aspiring author and hopeful editor living on the Central Coast, NSW. I blog at The Book Muse and can be found on Twitter @TheBookMuse1.