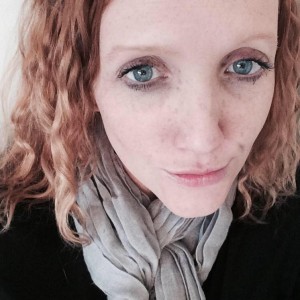 Today we’re very happy to have a guest post from writer Jessica Davidson on the importance of diverse representations of gender and sexuality in YA literature. Jessica is a PhD candidate at the University of Southern Queensland, studying creative industries with a particular focus on creative writing for young adults. She holds a B.Ed (Primary), a M.Ed (Guidance and Counselling), and is a member of the Queensland Guidance Counsellors Association. She has written two young adult fiction novels, published by PanMacmillan Australia, and was the recipient of the 2008 Sydney Morning Herald’s Best Young Australian Novelist award and shortlisted for the 2013 Prime Ministers Literary Awards for young adult fiction.

The Fault in our Prose

An entire wall in my house is covered by a bookshelf: its contents grouped in order to form a rainbow-hued bookshelf, which resulted in a horrified collected gasp from the friends that consider themselves literary purists, and don’t understand how I ever manage to find anything. (The gasp woke the cat that likes to nap there). Of course, I can find whatever title I’m looking for quite easily; despite the cookbooks nestled next to the fiction, and the Stephen King crammed next to an ancient, weathered classic. While the titles are easily found, amongst the abundance of Young Adult literature on the shelves, the majority of characters on those pages are cis-gendered, straight and [usually] female. This is particularly true for Australian Young Adult fiction, with novels from Great Britain and America faring slightly better in the representation stakes: recent studies suggest less than one tenth of a percent of characters in Young Adult novels are lesbian (Jimenez, 2015). Predictably, there are even less bisexual, transgender, and gender queer characters amongst the pages. It appears even amongst novels labelled ‘diverse’, there are still inequalities needing to be addressed. Put bluntly, “although stories matter, not all stories are equally present in today’s literary landscape” (Thomas, 2016, p. 112).

Perhaps the lack of diverse sexualities portrayed in young adult fiction is due in part to the attitudes of adults responsible for obtaining the books (parents, teachers, librarians). After all, Sex – and sexuality – Is An Uncomfortable Topic, particularly for adolescents under the age of consent, and their parents. Kissing in Young Adult literature seems to be the most acceptable, and this is closely followed by ‘awkward making out’ (the awkwardness seems to be an essential part of most making out that occurs in Young Adult fiction). Oral sex is not as prevalent (and is usually only depicted with a cis-male as the receiver of such affections as given by a cis-female). In general, any kind of intercourse in YA is depicted as a ‘fade to black’ scene – as of course, ‘we’ are writing for adolescents, not adults. (I’m certain I’ve seen the very same adolescents I’m supposedly writing for buying books like 50 Shades of Grey through the self-checkouts at Woolies, but the distinction still holds).

With so much Young Adult fiction consisting of ‘coming of age’ stories, it’s probably also perfectly natural for what diverse fiction there is to have a focus on coming out stories – but on the other hand, readers also need stories where the plotline isn’t focused on the protagonist publically announcing their sexuality, or deliberating about doing so. I was eighteen before I stumbled across a novel in the only bookstore in town that depicted two characters that weren’t cisgender and straight (David Levithan’s Nick and Norah’s Infinite Playlist), and thirty-one before I found a young adult novel depicting a bisexual female, long past the recommended age bracket of reading YA fiction (although truthfully, that’s never deterred me). In 2015, Cummins wrote that “Nietzsche famously wrote ‘we possess art less we perish of the truth’, but the reality is that people do die despite art. Still, I believe Nietzsche also meant we must continue to create art, even in the face of death and threat, and we must use it to change society where we can” (p. 404) Like any other creative industry, writing is evolving too, with more and more intimate, engaging, important novels appearing for adolescents and other readers of YA fiction. E Lockhart’s Fly On The Wall depicts a character living with his two fathers, challenging the use of the insult, ‘that’s gay’. David Levithan’s Another Day explores sexuality and attraction to people despite their gender, while many of his other novels have gay protagonists (some openly gay, others not). Tess Sharpe’s Far From You tells the story of protagonist Sophie, and presents an authentic depiction of bisexuality alongside the main plotline. With regards to Australian Young Adult fiction depicting sexuality, The First Third by Will Kostakis, Liar by Justine Larbalestier, and Six Impossible Things by Fiona Wood contain characters whose sexuality is part of their narrative, yet not a focal part of the plotline. While The Flywheel by Erin Gough, Clancy Of The Undertow by Christopher Currie and A Story of Now by Emily Beirne provide tales of queer characters treading the path of more romantically inclined stories.

Of course, these stories are not only important for the adolescents they aim to represent, but those who identify as heterosexual: research suggests diversity in fiction can also serve to provide “a powerful route into empathy” (Chapman, 2013, p. 543). Also, such fiction can also challenge outdated, deficient cataloguing of books into gendered books: there are not ‘boy books’ and ‘girl books’, simply, ‘books’ (Brendler, 2014).

If we subscribe to the idea that ‘we read to feel that we are not alone’, then there are also many more works to be created, for there is much more to be written, read, and seen.