July 2017 Round Up: General Fiction 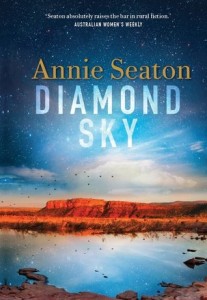 In July we only reviewed one book that was published before 1995 and that belonged to Elizabeth Jolley’s The Newspaper Of Claremont Street (1981) reviewed by Bill Holloway. This is the same person who reviewed one of the two pre-1990s books I mentioned in the May round up. Way to go Bill, reading all those classics.

Welcome to the July Round Up for General Fiction. All up, we had a total of 84 reviews for 71 books and 61 authors. A pretty decent mix; a few less than May but a few more than the June Round Up. The most read book is again a tie between Diamond Sky by Annie Seaton and The Gulf by Anna Spargo-Ryan. Anna Spargo-Ryan doesn’t shy away from writing about difficult and often traumatic situations, and she does so with skill, honesty and tenderness. ~ Kylie Mason

Spargo-Ryan creates a sense of foreboding from the earliest chapters – in one scene, narrator Skye walks through a storm drain with her younger brother and his friend Amir. It was that scene that really hit me with a sense of dread, that something terrible was going to happen. And terrible things do happen, but not in the way that I expected them to. And, as much as anything, the book is about overcoming the terrible things because of the strong bonds between Skye & Ben.  ~ Theresa on Goodreads

The most read author is also a tie this month, between Annie Seaton (Diamond Sky x 3, Kakadu Sunset, Daintree) and AWW volunteer Theresa Smith (In the arms of sleep, Selling the drama, Yellow Light, Lemongrass Bay x 2) both being read 5 times in total. There’s a closer look at one of Theresa’s books in the Indie corner (below). Annie’s Porter Sister Series contains the three books, but each can stand alone. They stand as a series because the protagonists in each are related (they’re sisters). Set in stunning Australia wilderness, ranging from Kakadu national park through to the Matsu diamond mine in the Kimberley region of Western Australia. I really love those covers too!

Diamond Sky is a veritable smorgasbord of genres with a little bit of everything to appeal to a wide range of readers. Intrigue, crime, suspense, romance and a remote rural location with vivid characters and an arid landscape that will take your breath away, it certainly stole mine. ~ Michelle from Beauty and Lace blog

This month’s Indie corner is home to Lemongrass Bay by Theresa Smith, who happened to also be interviewed by Elizabeth Jane Corbett on her blog.

Theresa’s love of reading is certainly reflected in her writing. There is a tactility to Lemongrass Bay and its characters which is funny, poignant, angry and desperate by turns. Their streams of consciousness exude a kind of quirky rightness. The following is one of my favourite descriptive passages, evoking an incredibly strong visual image of the girl in question. ~ Elizabeth Jane Corbett.

If you are interested in finding more general fiction books by Australian Women Writers that were reviewed in July, please check out our “Books Reviewed” page.