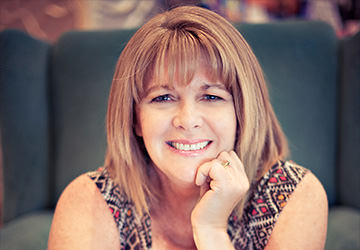 Welcome to Sunday Spotlight. Today we feature Melissa James and her latest release, Beneath the Skin. How many novels have you written and published?
Beneath The Skin is my 22nd published novel in my fourth romantic genre, my 21st as Melissa James. I also have a published historical fiction novel under another name (The Tide Watchers, Lisa Chaplin, HarperCollins). I’ve written about 28 novels, I think, which shows how many are unpublished. My agent is currently shopping The Memory of Cardamom, my ancient historical literary fiction.

How has being Australian AND a woman impacted on your writing and/or writing career?
That’s an interesting question. The answer is, I really don’t know. I’m a weirdo. I don’t let things get in my way; if a book gets rejected, I’ll find a way to get it accepted. If people tell me a book won’t sell, I work harder to make it sell. If they say I can’t get a US agent, I’ll find out how to get one (and I have, many times).
I do think that being a woman has impacted on my mainstream career a bit. The Tide Watchers copped a lot of flak because it wasn’t a romance novel, but it was never intended to be one. I think if I’d taken a male pseudonym it might have done better, because the best reviews on the book have come from men, and those who didn’t know about my romance background. I think being a woman leads to certain expectations that men rarely have. For example, Nicholas Sparks is lauded for writing love stories. Women are expected to.

What authors and types of books do you love the most?
I adore historical fiction of almost any kind. Books that teach me about a certain era or character fascinate me. I love historical non-fiction, also – non-fic inspired The Tide Watchers, and has improved The Memory of Cardamom. My university readers inspired Her Galahad, Her Outback Knight, and Beneath The Skin, all of whom have Aboriginal characters and storylines.
As to authors, I love Sharon Penman, Alice Hoffman, Markus Zusak, Tom Pocock, Stefan Zweig, J.R.R. Tolkien, Elizabeth Chadwick, Ashley Gardiner, Laura Kinsale, and Anne Gracie.

What is your favourite childhood book? Did reading as a child have any bearing on your decision to become a writer?
Heidi, by Johanna Spyri. I must have read it 50 times. I was a mad Enid Blyton reader, especially The Famous Five and The Secret Seven. I read Little Women by L.M. Alcott so many times. I loved the Narnia series, by C.S. Lewis. And I read the entire Trixie Belden series, by Julie Campbell and Kathryn Kenny. I think they all influenced me one way or another, particularly my love of mysteries. But it was The Lord of the Rings series by J.R.R Tolkien that influenced me most when I began to write. His exquisite writing, the beauty and shimmering poetry amid danger, inspired my writing style, rather than writing fantasy.

What inspired your most recent book?
My university text. I took an Aboriginal history course at the University of New England, and in it, I learned of the placing of Aboriginal children in “good” white foster homes rather than leaving them with their families, after some kind of crisis. It’s still done. As to the rest, without going into detail, part of it’s based on my family history.

How much research do you do? How do you balance the demands of getting the facts right and telling a good story?
I’m a mad researcher. I always want to get things as right as possible. From category romance to historical fiction, I check everything I can. For Beneath The Skin, I visited the Royal Flying Doctor Base in Bankstown, and did a tour, as well as being in constant contact with them. I also visited the outback area where I set the book, taking in the sights, sounds and scents, and took Aboriginal tours. I have the Aboriginal dictionary, and several books on Aboriginal history and myth. For my first Mills & Boon, Long-Lost Father, I visited the Deaf and Blind Children’s Centre in North Rocks, and got as much information as possible. I’m very blessed to have a counsellor mother, who taught me a lot about her craft. I’ve visited France, Israel and Jordan to research my historical novels, as well as constantly increasing my collection of research books.

Do you read your book reviews? Do you appreciate reader feedback and take it on board, even if it is negative? How do you deal with negative feedback after spending so much time writing your book?
I don’t read them at all anymore. I’m a controversial writer. I know that. I’m a polar writer, where readers either love or hate my books. These days, there are way too many people with axes to grind against publishers, who take the anonymity offered by the internet to abuse authors and their books.
I have read reviews in the past, which can really hurt. When The Tide Watchers was released, my husband read the reviews, and again, I became upset. So now I don’t look. My job is to write the best book I can, and sell it. Selling the book is my goal, and creating the best book through edits my ultimate duty. Reviews, unless offering constructive feedback I can use to improve the next book, are no use to me.

How much planning do you do? Do you plan / plot the entire story from beginning to end, or let it evolve naturally as the writing progresses? In terms of characters, are they already a firm picture in your mind before you start writing or do they develop a personality of their own as the story progresses?
I used to be a “pantser” – just writing books on instinct – but I found the rejections were all saying that my “brilliant” ideas I inserted didn’t work with the characters, or that the plot was weak. I learned I wasn’t good at pantsing, though I loved it. So I decided to do something between the two. I created my “visual synopsis” – starting with a professional pitch, then character arcs, and a synopsis drawn in a “clock arc” style, with all major events and turning points, from start to finish. This gives me a strong plot from start to finish, but with plenty of freedom to create between.
My characters are usually what set me off writing. I usually do plot first, and when that’s done, I flounder a bit trying to start in the right place, but it’s not until I hear the characters talking to me that I take off. And they’re always their own character. It’s only when they’re separate from my life that I can write them.

Have you ever had to deal with a situation where someone feels they recognise traits of themselves in one of your characters?
Of course! I think there’s a strong (and reasonable) perception in the public, and among our families and friends, that we write what we know. I’ve had people ask is that me? Did you write about me? I have a stock answer for that: do you think someone infused Tolkien with a lifelong fear of rings? How many people do you think Agatha Christie really killed to get the details right? That kind of answer, said with a smile, silences them long enough for me to say, this is my job. I create characters, and there are only so many personality types. You have to fall into one or two of those categories, and chances are I’ll write those personality types now and then.
I find preparing myself for these situations is very helpful.

Can you tell us something about yourself that not many people would know?
I have a weird sense of humour. I don’t like what most people laugh at, and laugh when nobody else does. My kids often have to explain things to me I just don’t get, and I’ll end up laughing 5-10 minutes later. I don’t watch the most popular comedies, find “funniest” videos cruel, and then I’ll laugh myself stupid at stuff that makes people just stare at me.

If you could sit down for an afternoon with an iconic person from history, who would you choose to spend that time with?
Oooohhh! Too many to count! But for me, it’s less the famous people than those that saw history happen. I’d love to talk to British spies in Georgian times; Napoleon’s secretary; the women of the Bible, who saw so much but their stories are only there as a side mention in the lives of the men. Oh, and the family of Richard III. I’d love the truth behind the accepted stories Shakespeare et al made up to please their Tudor masters.

When did you discover the Australian Women Writers Challenge? Do you think the challenge has had any impact on the awareness and discoverability of Australian Women writers? Have you personally benefited in terms of exposure of your work to new readers?
I’ve been friends with Elizabeth Lhuede a long time, so have heard about it on and off for years. I like the website. I’ve discovered a few new writers through the challenge, and I’ve heard of the challenge through others. I don’t know if my historical fiction The Tide Watchers has been exposed to new readers; I haven’t heard, as I’m a bit of a techno-dinosaur. I hope so! About Beneath the Skin (released 24 July 2017):
Flying Doctor Elly Lavender has spent years on the run from a violent stalker. Her obsessive former patient will do anything and threaten anyone in his campaign to force her to love him. When her most recent cover is blown, she runs for help to the childhood friend she could never get out of her mind – outback cop Adam Jepson.

Isolated, hurting, all Adam Jepson wants is to forget. After the deaths of his wife and son three years before, he’s moved to the outback with his young daughter, Zoe, to put the past behind him for good. But when Elly walks into his station, she reminds him of all the childhood joy and love he’d forgotten. Soon, he’s lost in a desire he never knew could exist. And while his guilt at leaving Elly behind years ago, and the vow he’d made to his dying wife, means he can never be the man she needs, he can’t stop caring, can’t stop trying to make Elly’s life right. Though the whole town seems against them, he can’t stop wanting the forbidden.

But when anonymous harassment escalates to murder, Elly knows her presence in Macks Lake has put Adam and Zoe’s lives at risk. Everyone’s safer if she remains alone – a fact that her stalker is very much counting on as he gets ever closer to his prey…