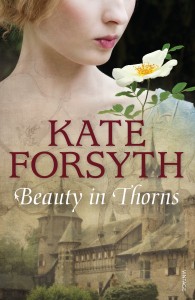 August is a quiet month on the literary calendar, though it does contain National Bookshop Day – or, as it is now called Love Your Bookshop Day. I do hope you showed your favourite bookshop some love.

Our Classics and Literary reviewing stats continue to boom, with no bust yet in sight. Woo hoo! Last year, we had just 20 reviews in August, but this year we had 53!! Here are some of the highlights:

So, as always, I’m starting with the Classics. With 9 reviews, I can’t share them all, but I do need to share the one that was reviewed twice – by Bill (The Australian Legend) and Brona (Brona’s Books). It’s Christina Stead’s The Salzburg tales, and is a collection of stories told by visitors to, yes, Salzburg. Bill writes:

We know that Stead is a wonderful writer, but the virtuosity of these tales with all their different styles and settings is amazing. And Stead’s daring in making her first published work a take on The Canterbury Tales, one of English literature’s earliest and best-known works, is breathtaking.

The thing I missed most whilst reading this book though, was character development.

I realised that I much prefer books with interesting, engaging, evolving characters. Characters that I can get inside of who have complex, nuanced behaviours. I want to be able to walk around in their skin for a while; to see things from another perspective.

Stead’s Tales provided entertainment to my intellectual self, but most of them failed to touch my heart or soul.

The next one I want to share is Robin Dalton’s Aunts up the Cross, partly because I want to make the point that classics don’t have to be fiction. It’s a memoir, and Calzean reviewed it. Unlike many who have read it here, she didn’t love it, but she did appreciate that it’s “about a distinct time and place in Australian history.” This, as much as for any reason, is why I want to read it.

That’s three reviews, for two books. I’ll choose just one more, Kim’s (Reading Matters) review of the wonderful Elizabeth Harrower’s The long prospect. First published in 1958, it was Harrower’s second novel. Kim describes it as “a powerful example of Australian postwar literature”. She found it a bit slow to get into, but sees Harrower as one of Australia’s most important writers. She says that in this book, Harrower is

incredibly perceptive about the psychology of people and what makes various “types” tick (especially prepubescent girls, in this case), and her dialogue, complete with barbed comments and little cruelties, is brilliantly believable.

Have any of these convinced you to give some classics a go?

We do have the occasional short story round-up, but that focuses on ALL short stories, whereas here I only see those collections an anthologies identified as literary. We had a good number, 6, this month. Two, Stead’s Salzburg tales, I’ve covered under Classics, and that leaves us four reviews for three books. I may as well do them all.

The other book receiving two reviews was Julie Koh’s Portable curiosities. It was reviewed by Ashleigh Kalagian Blunt (Newtown Review of Books) and Jemma (Oddfeather Creative). Blunt tells us that this is Koh’s debut full-length short story collection, but follows her “capsule collection Capital Misfits” which resulted in her being named one of  2017’s Sydney Morning Herald Young Novelists of the Year. The stories are, says Blunt, surreal but grounded, and cover a wide variety of topics. She liked it, saying that “Koh has achieved a distinctive writing voice and produced an engaging, thought-provoking collection.” Jemma was similarly intrigued concluding:

Her writing is modern magic realism, updated myth-making, and caustic satire wrapped in imagination and introspection. Expect to be changed at least a little from reading these stories, and try not to read them before bed; your dreams will never be the same.

The two books which received one review each were Mirandi Riwoe’s The fish girl and Karenlee Thompson’s Flame tip. Kali Napier reviewed The fish girl. She classified it as “short stories” but it’s actually a novella, and was joint winner of the reputable Seizure Novella Prize. The story was apparently inspired by “the reference to a ‘Malay trollop’ in W. Somerset Maugham’s story, ‘The Four Dutchmen'”. The girl in Riwoe’s story is Mina who “leaves her village and the innocence of her mother’s home to work in the kitchen of a Dutch colonial.” The result, as you probably expect, is not a positive one for Mina who becomes the property of her master.

By contrast, Karenlee Thompson’s Flame tip is a collection, but one comprising what she calls short fictions, all of which were inspired by the Tasmanian fires of 1967. I reviewed it, and wrote:

The book is subtitled “short fictions”, and Thompson describes it as a collection of “creative writing pieces”. In other words, the term “short stories” isn’t used. There are “traditional” short stories here, but the collection also includes other “pieces”. There’s the shape poem “Flame”, an epistolary story (“Love, what is thy name”), and the piece titled “Lost” which riffs on lost-and-found ads.

Although a book inspired by fire sounds grim – and there is grimness here – Thompson varies the tone and form enough to produce a collection that conveys devastation, as it must, without dragging you down.

Here, from our new releases page, are some that upcoming books which might interest literary fiction readers:

We have no advanced reviews for any of these books, so would love to see some in our September round-ups.