August 2017 Round Up: General Fiction 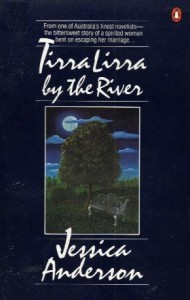 That said, with so many new books being published every month – and so many interesting titles already on our TBR lists – how can common/constant readers like us help to promote our favourite Australian women writers? The answer is simple: Keep doing what we do, because each and every one of us can make a difference by reading, reviewing and recommending our beloved books and authors.

Life gets horribly busy and we all feel exhausted from time to time. However, nothing can comfort our souls and inspire a sense of peace and purpose in our hearts like a good book does. Take a break when you need to – but don’t give up! Reading is as much a rewarding mental exercise as it is challenging!

So, in August, our readers composed 61 reviews of 52 books by 51 Australian women writers. Among these, four were published before 2000.

As the winner of the 60th/2017 Miles Franklin Literary Award was just announced (congratulations to Josephine Wilson, whose 2016 novel Extinctions was featured back in February), it seems appropriate to mention Jessica Anderson’s Tirra Lirra by the River, which won the prestigious award in 1978. In her review, Yvonne Perkins praised: “Tirra Lirra by the River is an exploration of that fragmented, capricious faculty of memory through which we manage our lives and present it to others… [It] is not an intellectual read unless you want [it] to be. It is a page-turner. This slim book does not really end on the last page… The strength of this book is that it is enjoyable when first read but at the end, the reader will realise that there are more elements of the story that they have not grasped. I got even more out of my second read of it and found it just as captivating.” Finally, among the 52 books reviewed in August, 18 were published by small/independent publishers. Another four were self-published and promoted on such major platforms as Amazon Kindle Store, Kobo and Smashwords. As mentioned back in June, this may be an indicator that Australian women writers are increasingly embracing digital publishing while exploring the international market as independent authors.

Below are some highlights from the 61 reviews published in August. If you are interested in finding more general fiction books by Australian women writers, please check out our public “Books Reviewed” page (filtered for the genres and dates covered).

Jemimah – Oddfeather blog reviewed Jolie Koh’s first collection of short stories Portable Curiosities (2016), “a strange journey through an unsettling landscape of curious characters in familiar but altered settings”. The reviewer’s analysis is so insightful and her language so intelligent that reading the review is as delightful an experience as reading the book itself:

[Koh] takes the world as she sees it and makes the reader see it that way too… [Her] stories are like waking from reality into a dream that is similar to your life; when strange and impossible things happen they somehow make perfect sense because that person, that animal, that inanimate object has a life of its own and is simply going about its existence with no regard for what you expect… [The book] is exactly what it says on the tin; a collection of curiosities that can easily fit on a purse or pocket. [Koh’s] writing is modern magic realism, updated myth-making, and caustic satire wrapped in imagination and introspection. Expect to be changed at least a little from reading these stories, and try not to read them before bed; your dreams will never be the same.

Meanwhile, Bernadette reviewed (via Fair Dinkum Crime) Holly Throsby’s Goodwood (2016), “in part a coming-of-age story and in part a crime one, but mostly it is a story of place, a sad, beautiful and whimsical character study of [small-town Australian life]”. Here the reviewer pays specific to the author’s style and theme:

Given that Throsby is better known as an award-winning singer-songwriter it ought not to be surprising that Goodwood has a poetic, often lyrical quality to its writing. The repetition of certain phrases or images for example serves a functional purpose in helping get across that there is a kind of rhythm to the town’s life, but it also reminded me of the way a chorus works in music… The dedicated fan of traditional crime fiction might be disappointed with [the book’s] lack of procedural elements. Or even its lack of obvious crime given that whether or not anything criminal has taken place is unclear until the very end of the book. But what the book does have is a very careful unpicking of the big and small secrets that people keep. Even people in small towns where everyone knows everything about everyone. Throsby shows what superhuman effort can be needed to tell. Finally, Ashleigh Meikle – The Book Muse reviewed Sophie Green’s The Inaugural Meeting of the Fairvale Ladies Book Club (2017), a story “of five different women united by one need: to overcome the vast distances of Australia’s Top End with friendship, tears, laughter, books and love”. Given how complex the synopsis reads, the reviewer has a done an excellent job investigating and showcasing the gems hidden in this book.

Each character faces a tragedy of sorts in the book that tests their strength and passion, and the crux of who they are. Whatever these tragedies are, the Fairvale women come out stronger and closer than they were before. [Reading] the books…and the discussion of these books is what eventually leads to the bonds the women form that can never be broken… The power in this [book] is the way gender and race expectations are turned on their head, and the few that are superior based on race or gender, or both, are called out, but the hurt is still there, the scars are still there. It gives, I think, a realistic approach to the relationships the characters are in, whether it is family, friends or love, and through reading the books, which is the focus and backbone of the novel.