August Round Up Non-Fiction (General) 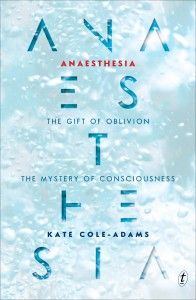 Non-fiction (general) tends to be the genre standing wallflower-like in the corner at the AWW party, waiting to be asked to dance. Reviews have been light on this month, but I’m determined to bring Baby out of the corner to let her shine!

Sadly half the reviews on offer this month had invalid links, so please, please take care to ensure your URL link will actually take us to your specific review and not just to your home page. Facebook review posts can be tricky as it looks like it the URL only takes us to your page, not the individual post. If you are unsure what we mean by URL please contact one of us at AWW and we would be delighted to talk you through it.

It was, however, lovely to see one of the books I highlighted last month already read and reviewed for this month by Jennifer on her Goodreads account here. She confirmed that this is, indeed, a science for the masses book – very readable and easy for the lay reader to understand.

Anaesthesia: The Gift of Oblivion and the Mystery of Consciousness by Kate Cole-Adams (Text Publishing) There’s a lot of detail in this book, but it is presented in a way which makes it accessible to an interested non-medically trained reader. It is clear, from the references and sources noted at the end of the book, that Ms Cole-Adams has done a lot of research. The book is both an explanation of anaesthesia and an account of patient experience.

If you’ve ever had an anaesthetic and wondered about the experience, you may find this book interesting. I certainly did.

Offshore: Behind the Wire on Manus and Nauru by Madeline Gleeson also received more reviews this month. The link takes you to all our AWW reviews for Offshore so far.

In other Non-fiction news we have some shortlists and award winners to announce.

As you can see, three of the five books were written by Australian Women Writers. Two are HMB titles while (*) one fits under our General Non-fiction tag. The link will take you to our member’s reviews for this book. With its enticing and colourful design and its fascinating information, this is a book that children will want to pore over-either at home, in the classroom or on a road trip.

This book brings together 55 national parks, selected across all Australian states and territories, and over 120 animals. It is divided into seven sections according to habitat (woodlands and grasslands; forests; rainforests; arid zones; mountains; wetlands and waterways; coasts, oceans and islands), each including a number of national parks and a selection of the fish, reptiles, frogs, birds and mammals that inhabit them. At the end of the book is a section on ‘little critters’-beetles, spiders, butterflies, grasshoppers, bugs and so on.

Each habitat section opens with photographs of the featured national parks and a description of the habitat. Each animal has its own page, which has a stunning colour photograph of the species, a map of its distribution range, its conservation status and scientific information about the species. The information is divided into the following sections: ‘Fast Facts’ gives you all the vital statistics, such as size, lifespan and number of young; ‘Where Does It Live?’ tells you where in Australia you can find the species and provides details about its home; ‘What’s Its Life Like?’ tells you a bit about how the animal moves, behaves, eats and has young; and ‘Interesting Info’ has quirky and fascinating facts.

Pretty book covers also have their very own award ceremony each year. You can check out all the winners here, but our general non-fiction winners are:

Allison Colpoys & Kasia Gadecki for Florentine, winner of the Best Designed Cookbook and the Designers’ Choice Book of the Year (Hardie Grant Books) It is fifty years since Australia unilaterally issued petroleum exploration permits in the Timor Sea. For fifty years the Australian government has schemed to assert the integrity of those permits. Australia did nothing to stop Indonesia’s devastating occupation of East Timor, when – on our doorstep – 120,000 lives were lost from a population of 650,000. Instead, our government colluded with the Indonesian government in pursuit of our Timor Sea oil agenda.

With access to never-before-seen classified documents, Kim McGrath tells the story of Australia and Timor’s secret history. With many explosive revelations, she shows how access to resources has been a key factor in how Australia has responded to Timor, right up to the UN hearings scheduled for conclusion in September 2017. It is time, she argues, for Australia to reconsider our ruthless determination to claim oil and gas wealth in the Timor Sea that does not belong to us. In the late 1970s, 2000 Vietnamese arrived in Australia by boat, fleeing persecution. Their arrival presented a challenge to politicians, but the way the Fraser government handled it, and the resettlement of tens of thousands more Indochinese refugees, marked a turning point in Australia’s immigration history. Turn-backs and detention were proposed, and rejected.
Claire Higgins’ important book recounts these extraordinary events. It is driven by the question of how we moved from a humanitarian approach to policies of mandatory detention – including on remote islands – and boat turn-backs. Like now, the politicians of the time wanted to control entry. Unlike now, they also wanted to respect Australia’s obligations under international law.
It’s about how governments and policy-makers have dealt with the confluence of issues emerging from the end of the ‘White Australia’ policy, a recognition of international responsibilities, and shifting public opinion. Strikingly, it also shows the extent to which the attitudes and statements of politicians and policymakers can shape the mood of the country, for better and worse. ‘My approach to food favours intuition over strict rules and is about using your hands, rushing a little less and savouring the details. It’s not food that needs to be placed on a pedestal or admired from afar; it is food that slowly weaves its way into the fabric of your daily life – food for living and sharing.’

Since launching Ostro online in 2014, Julia Busuttil Nishimura has gained a strong and loyal following for her generous, uncomplicated, seasonal food. As an Australian of Maltese descent and a fluent Italian speaker, who is married to a Japanese man, Julia and her food represent everything that is good about modern Australian eating. She deftly brings together a broad range of cuisines and culinary influences using the very best produce on offer.

This truly is good food, made by hand. Julia guides us through the uniquely satisfying experience of making pasta or pizza dough from scratch, clearly explaining the processes and demystifying the reasons behind them. She also shares plenty of simple, flavourful salads and one-tray bakes for days when time is scarce.  Baking and desserts, too, needn’t be overly complicated – as Julia shows us, some of the best go-to recipes are the ones passed down the generations. But we also need the odd show-stopper on standby for special occasions!

This is simple food that is comforting and generous in spirit. Slow down, take your time and enjoy it.

I hope some of these titles may tempt you out of your world of fiction and into the wonderful, entertaining and thoughtful world of non-fiction 🙂