Childrens and Young Adults: Round Up Eight – 2017 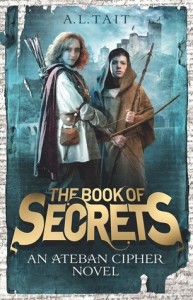 Welcome back for another month of children’s and Young Adult books from Australian Women Writers.

Anna took a look at a classic with Mary Grant Bruce’s Little Bush Maid. She noted that although some passages had been omitted from this more recent version for racism, there were still some perspectives which audiences would note find acceptable in contemporary books. Despite that, she found the characters likeable, especially the pleasure they took in seemingly small things. Ashleigh looked at a number of books. These included The Book of Secrets, a new book from A. L. Tait which combines adventures and codes. Ashleigh found both the story and the characters exciting and individual:

“I found the characters to be realistic – they all showed weaknesses and strengths, and all bad flaws that they didn’t like to admit to. This makes them relatable characters to child readers and showing the girls as confident and able gives readers role models to look up to and to show them that they can have a go at what they set their mind to, and not to be afraid.”

Ashleigh also looked at Ava’s Big Move by Mary van Reyk, the first Surf Riders Club book which looks at an outsider trying to become a surfer. She found it an enjoyable read, especially for those interested in surfing:

“It dealt with the idea that girls shouldn’t surf, perpetuated through some of the secondary characters, but will hopefully encourage girls who do want to surf that they can do it, and overall, I think sends the message that anyone can do anything they desire, and they shouldn’t allow people to put them down.”

Tsana reviewed The Impossible Story of Olive in Love by Tonya Alexandra, a story of an invisible girl. Tsana felt it had a strong teenaged voice and was easy to read – even when the reader is in the midst of a busy time!

“The premise of invisible girl who can only be seen by her true love is quickly explored when said alleged true love shows up near the start, and Olive spends a lot of the book learning how to human, more or less.”

Brenda looked at Winter Signs by Sarah Gai which looks at the complexity of relationships. She found it a fabulous book, with the author covering the issues in the story with grace.

Nadia reviewed Before You Forget by Julia Lawrinson about a girl whose world begins to disintegrate during her last year of school.

“Lawrinson has written a sensitive and painfully honest account of life with early onset dementia. ‘Before You Forget’ is a coming-of-age story capturing the awkwardness of teen life and the changing nature of family and friendship. Themes of mental health and peer pressure add to the real but never dark tone of this book.”

About Melina – Despite others hinting that I am supposed to ‘grow up’ at some point, books for young people continue to play a huge part in my reading life. This has served me well – as a teacher, book recommender, parent and educational resource designer. I’m currently writing novel studies as teaching resources, enjoying the rich world of picture books with my five-year-old and one-year-old, revisiting some of my favourite authors and reviewing books