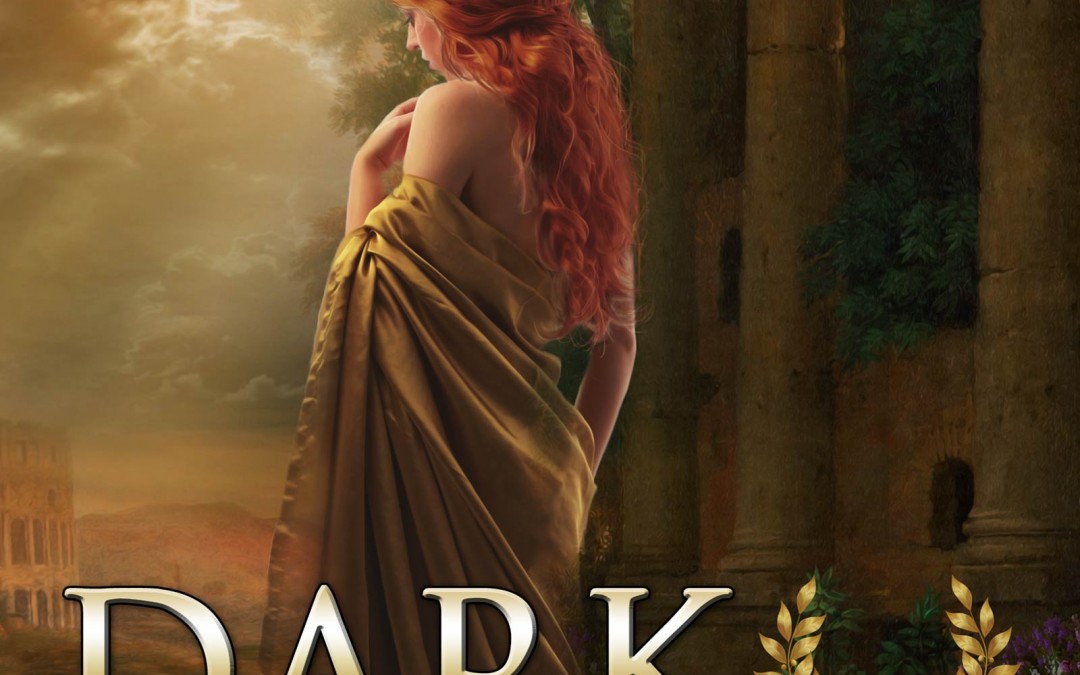 Welcome to Sunday Spotlight. Today our guest is Elizabeth Ellen Carter, who is here to talk to us about writing, reading, and one of her recent novels, the epic ancient roman historical, Dark Heart. When did you start writing and what was the catalyst?
I’ve always been a writer. I was a rather lonely child and to entertain myself during the school holidays, after I’d run out of things to read, I would write my own stories. I started with Nancy Drew.

How many novels have you written and published?
I’ve written five full length novels (about to start on the sixth) and had four published. I’ve also written and self-published two novellas and various short stories.

How long on average does it take you to write a book?
About nine months for a full length novel.

How has being Australian AND a woman impacted on your writing and/or writing career?
I found being a woman has had no impact on my writing or writing career. If you can write, you can write.
All successful writers, whether male or female, have a curiosity about the world – they want to turn over rocks and take a peek, they want to know what makes people tick, why people make the decisions they do and explore the consequences of those decisions, for better or for worse.
Gender makes zero difference.
Being Australian on the other hand has had some surprising limitations.
Despite the amazing iconic author, the late-Colleen McCullough having the wonderful Roman series, I found I couldn’t get an Australian agent or publisher interested in historical romantic suspense – especially Roman. I had some lovely rejections praising the writing and the storytelling but all telling me they couldn’t sell historical. In the end I found an American publisher who specialises in historical stories. I’m absolutely thrilled by their support.

What authors and types of books do you love the most?
My reading is a bit eclectic, but mostly historical in one form or another – George Orwell, Agatha Christie, Thomas Hardy, Charles Dickens, Robert Graves, Hillary Mantel, Philippa Gregory as well as all the wonderful Australian romance authors I’ve encountered over the years.

What is your favourite childhood book? Did reading as a child have any bearing on your decision to become a writer?
Definitely the Nancy Drew series. I was so torn about what I wanted to do when I grew up, it was a cross between being a detective or a writer. In the end I became a journalist because it was the only profession at the time that would pay me for writing.

What inspired your most recent book?
Sadly, it was a horrible true life incident in the UK. There was a politician of the 1970s by the name Cyril Smith. He had public persona as a larrikin who loved children. One of the most striking photographs is of him smiling wearing a Save The Children Fund T-shirt at a fundraiser.
It turned out he was a notorious paedophile. He and his friends – apparently all prominent figures: lawyers, politicians, police, peers, businessmen — would take boys from a halfway home that Smith sponsored, and abused them. Rumours abound even today about two late British Prime Ministers and their potential involvement.
It had me wondering about these people. How did they go undetected for so long? What brings them together? Why did no one speak out at the time? What happened to whistleblowers who may have tried?
Because of the sensitive nature of child abuse, and we’re talking about a period within living memory, I thought I’d explore these themes in the context of another sophisticated society – that of the Roman Empire. The more I researched the more I found other aspects of 3rd century AD Rome similar to today’s society – political instability, a clash of religions and ideologies.

How much research do you do? As an author of Historical Fiction, how do you balance the demands of getting the facts right and telling a good story?

I find the balance between getting the facts right and telling a good story relatively easy because I always start with the premise that human nature is immutable. The only things that change is technology. People are the driven by the same desires (love, hate, anger, jealousy, joy, patience, jealousy) and subject to the same foibles as we are today. It doesn’t matter if it is 200 years ago or 2000 years ago.

I do read book reviews. Reviews are like gold for authors. Feedback, even negative feedback is valuable – perhaps a stranger has seen something you’ve missed. Other times a reviewer’s complaints are so off target that it’s worth a giggle.

I have a plot outline with key milestones, but sometimes how the characters get there evolves as the story is written. I had done some wonderful research on the Roman port city of Ostia for Dark Heart and didn’t use any of it because the plot had gone in a different direction.
Sometimes characters do things you didn’t plan and Marcus, my hero in Dark Heart, was particularly guilty of that. I’d started to write one particular scene and he took over. I had no idea what he was thinking until he actually did it. Marcus has great instincts.

Have you ever had to deal with a situation where someone feels they recognise traits of themselves in one of your characters?

There is always a trait in my heroes that my husband shares. And I use him as a sounding board to make sure I get the male POV correct. And I like to think that every woman can identify somewhat with the heroine.
I do have a very elderly grandmother who asks with every book whether it is about someone she knows. I do have a story that I’d like to base on her character but I think I’ll have to wait to do that one.

Can you tell us something about yourself that not many people would know?
I like fast cars and I used to participate in the occasional track day.

If you could go back in time for a year, which historical era would you choose to live in?
I really love films from the 1930s – The Women, The Thin Man Series, Philadelphia Story. I think I’d like to be a wealthy socialite.

If you could sit down for an afternoon with an iconic person from history, who would you choose to spend that time with?
I would love to have dinner with Agatha Christie. I love the way her books blend mystery, adventure and romance. I hope she gives me some tips. I love her stories.

When did you discover the Australian Women Writer’s Challenge? Do you think the challenge has had any impact on the awareness and discoverability of Australian Women writers? Have you personally benefited in terms of exposure of your work to new readers?
I became aware of the Australian Women Writer’s Challenge last year. It’s such a wonderful initiative.
We have so many incredible authors writing in such diverse genres and anything to create awareness and visibility is valuable. Sometimes we don’t know where to start and the Australian Women Writer’s Challenge provides a goal and focus.
Australians tend to be a bit dismissive of their own talent unless it’s spotlighted by someone overseas.
Dark Heart lovely rejections from some big publishers in this country. I was told that history doesn’t sell and if it did sell, it wouldn’t be Roman and to stick with Highlander, Regency or Australian history if I wanted to be published and be successful in this country. I’d like to prove them wrong. It would be wonderful for Australian publishers to take a few risks. About Dark Heart:
Can the woman who is free in her heart save the man who is a slave in his?
Rome, 235AD
A series of ritual murders of young boys recalls memories of Rome’s most wicked Emperor. Magistrate Marcus Cornelius Drusus has discovered the cult extends to the very heart of Roman society.
Despite his personal wealth and authority, Marcus is a slave to his past – conflicted by his status as an adopted son, bitterly betrayed by his wife and forced to give up his child.
Kyna knows all about betrayal. Sold into slavery by her husband to pay a gambling debt, she found herself in Rome, far from her home in Britannia. Bought by a doctor, she is taught his trade and is about to gain her freedom when her mentor is murdered by the cult.
When the same group make an attempt on her life, Kyna is forced to give up her freedom and accept Marcus’s protection. With no one to trust but each other, mutual attraction ignites into passion but how far will Marcus go for vengeance when he learns the cult’s next victim is his son?

I reviewed Dark Heart for my #aww2017 challenge. You can read my full review here.

Dark Heart, by Australian author Elizabeth Ellen Carter, is quite an excellent novel…I was captivated by the adventure, the re-creation of a world long gone, the romance, and the mystery. Theresa Smith Writes.