In Conversation with Odette Kelada on the Creation of Drawing Sybylla 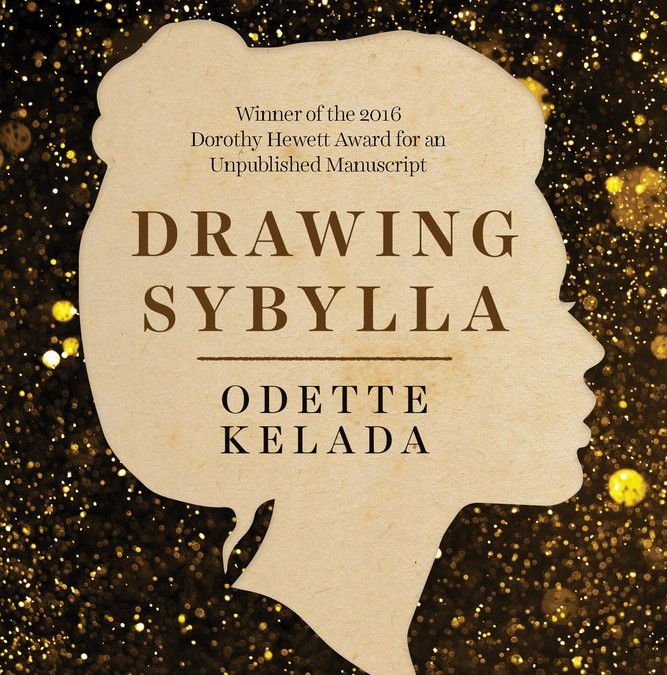 I recently had the pleasure of interviewing Odette Kelada, author of Drawing Sybylla, a novel that explores the real and imagined lives of Australia’s writing women. In your acknowledgements for Drawing Sybylla, you tell us that it is a story that emerged from your PhD study, researching the past and conversations with women in the present about courage, suppression and creative freedom. I wanted to ask you a bit more about the inspiration, but focusing on two things in particular:

1. What inspired you to tell the story through a muse?

Drawing Sybylla was inspired by Virgina Woolf’s A Room of One’s Own (1929) in that a ‘conversation’ could be creative and political with the reader, also her parody of a biographer in Orlando (1928), as the narrator is a flâneuse, the non-existent feminine counterpart of the flâneur, a figure first imagined in the texts of the poet Baudelaire and critic Walter Benjamin (Baker 2003). As a recurring character in the literature of modernity, the flâneur wanders the streets, the writer as walker and observer (Buffi 2002). The narrator of Drawing Sybylla, as flâneuse, travels through different scenes and different times to illustrate the effects of gender and society on the identities of women writers in Australia. The narrator of this ‘walk’ is a contemporary woman writer, a character inspired by the research and interviews with contemporary Australian women writers. She travels with Sybylla, a female guide and mentor, between the stories. I needed a way to move fluidly through time and to have a ‘walk’ that could travel outside of realist constraints.

The name of the muse was chosen as it has connotations of ‘The Sybils’ of ancient Greece, oracles of the gods who may be interpreted from a feminist perspective as female story-tellers confined in caves, with only bark and leaves to write on (Padmore 2000). Their words were declared not their own but divine ‘babble’. The name Sybil, originates from a Latin form of Cybele, meaning ‘cavern-dweller’. The caves of the Sybils marked the entrance to the underworld and they were able to call up the dead for necromantic interviews (Walker 1983, p.966). The muse in this case needed to be able to conjure the dead for these ‘interviews’ that allows the narrator to learn about women’s experiences in the past with creative ambitions. I also love magic and fantasy, playing with ideas of inspiration – how we get inspired. In the transitions between the chapters, the muse here is not only inspiring the narrator but she creeps into the worlds of each of the women, literally as a shiver or a haunting piece of music. The muse is also such a classic trap for the feminine as inspiration for men’s genius so I wanted to subvert that with a kind of figure with a muse that might drown you or leave you hanging out to dry on a clothes line. You can’t trust her and you shouldn’t trust her.

2. Why did you choose those particular five women writers? Was it the era, or the woman, or the combination of the two?

While each of the five chapters is largely inspired by one or two past Australian women writers of the era where they are situated, the stories are composites, so that a story based on Eleanor Dark, exploring writing and motherhood, may also draw on Charmian Clift, Nettie Palmer and other women writers’ accounts of balancing family with the desire to write. This means that in each I tried to reflect the most prevalent themes based on research into numerous writers of that period. My point was not to imaginatively reconstruct one early Australian woman writer’s biography, rather it is intended that multi-layered portraits or ‘snapshots’ be developed which might allow insights into the central preoccupations for women writers of their time.

The styles in which the characters write reflect the most popular form in their decade, for example, the character of the woman writer set in the 1920s is a poet as poetry was a popular form of writing at this time. In the 1930s, the female protagonist writes short stories, as was the trend for women writing in the 30s. In the 1970s, the woman writer is experimenting with different forms of language from plays to poems and prose in keeping with the spirit of invention and revolution that characterised second wave feminism.

The options for women to act outside traditional mysogynisitc expectations have expanded with the advances of feminism, yet women are today still often expected to be able to work and raise a family, which becomes a big constraint on their time and creative energy. Also, visible changes to women’s conditions can mask the permanence of invisible structures of inequality. In this sense, past constraints act in powerful ways to undermine independence and equality. This came across to me in conversations with women writers talking about the guilt and perception of selfishness when spending time on their art. I do not believe women are on on an equal footing to men and I do not feel that there will be a natural ‘progress’ towards that equality. It has to be fought for and we are not close to achieving it while basic elementary issues such as the equal pay gap is still such a problem.

In response to your question about whether all women are on an equal footing to each other in terms of having voices heard – While I write this there is a story on the news. A Noongar woman in Western Australia called the police for assistance in a family violence situation. Instead they jailed her for unpaid fines. A man read about this story in the paper and tried to pay the fines for her. This was the conversation:
“In order to pay the fines, initially Mr Clark had to investigate in which prison she was in and tried calling, but was denied because he did not know her name.
“I said [to the attendant] there’s an article in The Guardian today if you pull it up on your computer you’ll see it,” Mr Clark explained.
“How many Noongar women with five children of her own, and six children that she looks after, who’ve been arrested in the last two days do you get?
“And she said, ‘oh we get seven or eight a day’. I said, ‘are they all being locked up because of unpaid fines?’ And she said, ‘yes, and they’re mostly women’,” he recalls in disbelief.” http://www.sbs.com.au/nitv/nitv-news/article/2017/10/02/exclusive-melbourne-pensioner-reveals-why-he-paid-jailed-wa-mums-fines
To even speak about who gets access to writing and whose voices are heard is to open a conversation on racism, the impacts of colonisation and the ongoing forms of the white Australia policy as evident in the inhumane treatment of people seeking asylum.

In Australia, white women do not even know they/we are white [I have anglo-egyptian heritage] in terms of what it means to be racialised and not the ‘norm’. The history of race and how it is an invented social construct with deeply violent impacts is not covered. The curriculum in many literary courses is not diverse (hence the ‘why is my curriculum so white’ movement) and diversity is not necessarily taught with awareness other than making a course ‘inclusive’ as opposed to questioning core racial structures of oppression and power. In many ways, this novel relflects the white curriculum that I had injested at the time of writing it and also reflects the dominance of white women in Australia’s literary history and in western feminism.

What are your hopes for Drawing Sybylla? I guess what I’m asking here is what do you want people to take away from the novel after reading it? Do you hope in any way that it will fire them up to seek out the work of Australia’s ‘forgotten’ women writers?

Absolutely. These voices are not ‘forgotten’ they were buried so yes, if it raises more questions about the biases that this story I wrote are complicit in and to ask about those who are constantly silenced today that would be something . I would love if it makes anyone think about creativity and feel that maybe there’s a shiver or a moment that they could fall into themselves and start to imagine what happens when doodling around the margins.

I noted in my review that there is a distinct lack of classic fiction written by Australian women in our senior schooling curriculum. Is there any way to address this gap successfully? Do you think this is even seen by the masses as an area within education that needs addressing?

Yes, change the curriculum, insist on diversity. This is why the Australian women writers challenge is so critically important. Set the AWW challenge in all schools and universities. This would likely need to entail educating and looking at the diversity of teachers and those in education policy and governance. I think this is an area that is often overlooked. I know when I asked my students this year to name any Australian women writers they were taught in school, not only did they struggle to recall names, it was clear many had not even considered the question. I saw as it began to dawn on them – hey yeah, this is a problem, why were we not taught Australian women writers? Or to be honest, much Australian literature at all! And that’s before asking about ‘diversity’ in their curriculum.

Drawing Sybylla is published by UWA Publishing and was released October 1st, 2017.

Thanks is extended to Dr Odette Kelada for her considered answers. Her time and efforts are very much appreciated. Dr Odette Kelada is a Lecturer in Creative Writing in the School of Culture and Communication. She has a PhD in literature researching the lives of Australian women writers. Her writing focuses on marginalised voices, gender and racial literacy, and has appeared in numerous publications including the Australian Cultural History Journal, Outskirts, Postcolonial Studies and the Journal of the Association for the Study of Australian Literature.