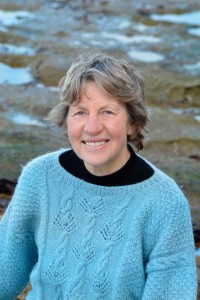 Today we feature Dorothy Johnston whose crime novel, The Swan Island Connection (For Pity Sake Publishing), will be launched in Queenscliff, the novel’s setting, on 7 October. Welcome Dorothy, and thanks for participating in Saturday Spotlight.

When I was teaching myself to write in the 1970s I read a lot of Gabriel Garcia Marquez and I fell in love, not only with his style of writing, but what he taught me about Columbia.

This is not your first crime series, and you’ve also written several one-off novels. What do you like about writing a crime series?
Before embarking on my sea-change mystery series I wrote a quartet of crime novels set in Canberra, one for each season. I call them the Sandra Mahoney Quartet after my main character. (I had lived in Canberra for over fifteen years when I began the quartet.) I turned to crime fiction as a way of writing about Canberra because it seemed to me that a person investigating a crime has permission to move between Canberra’s many, often distinct and sometimes contradictory layers, and I wanted to explore that.

One reviewer of The Trojan Dog, the first book in my quartet, wrote that I came to the genre with a pedigree. He meant literary pedigree – I’d twice been shortlisted for the Miles Franklin – and he meant that it did not fit me at all well for my new incarnation. I happened to meet this man soon after his mostly unfavourable review appeared and I told him he’d made me feel rather like a poodle or a Pomeranian being told it couldn’t join the mongrels’ club. What I didn’t add was that in my heart of hearts I’ve always been a mongrel.

This is a roundabout way of answering the question. My point is that I like crossing boundaries, even though I get into trouble for it!

How much research do you do? And how do you balance the demands of getting the facts right and telling a good story?
I usually research as I’m going. I think it’s important to get basic facts right, and I don’t make up names for my places. Doing so would give me more license to invent, but I’ve always felt that this was something of a cop-out. Normally I don’t do a lot of research at the start, because I don’t know which facts will turn out to be important. In other words, the developing story dictates the research.

The exception to this is Maralinga My Love, my novel about the British atomic bomb tests at Maralinga in the 1950s and 60s. Before going to Maralinga – I went with a radio journalist and we camped close to the Aboriginal people who were there as a protest, many descended from those who had been forcibly removed –  I read Royal Commission transcripts and interviewed scientists and ex-servicemen.

How much planning do you do? Do you plan / plot the entire story from beginning to end, or let it evolve naturally as the writing progresses? In terms of characters, are they already a firm picture in your mind before you start writing or do they develop a personality of their own as the story progresses?
I am a pantser, which means I write by the seat of my pants. I respect planners but I couldn’t turn myself into one. It would take all the fun out of writing if I knew what was going to happen. I usually start with a line of dialogue, or a description of a place, and the story evolves from there. I don’t have a firm picture of the characters before I start, though in my series, of course, by book two they are already established in some ways.

What book is currently on your bedside table?
I am currently reading The Girl From Venice by Martin Cruz Smith. Cruz Smith is one of my favourite crime writers, though The Girl From Venice is not a crime novel in the accepted sense. It’s set in 1945 in Italy, as the war is ending. I particularly like the way Cruz Smith turns corners with his dialogue and I tried to copy this skill when I was teaching myself to write a crime novel.

If you could go back in time for a year, which historical era would you choose to live in and why?
I’d like to live in the Bronze Age, and in the UK rather than anywhere else. I’ve seen programs and read evidence to suggest, from the analysis of bones, that people were generally better fed during the Bronze Age than in the eras that came before or after, and life seemed to be organised in more egalitarian ways. And the introduction of metals must have been amazing!

Are you aware of the Australian Women Writer’s Challenge, and if so, do you think it has had any impact on the profile of Australian women writers? Do you have any ideas for how the challenge could reach more people?
I am aware of the Australian Women Writer’s Challenge through book blogs and I believe it lifts the profiles of Australian women writers. One way of reaching more people is through public libraries, in particular through encouraging individual library managers to become involved. I don’t know if this is already being done, but since moving to a semi-rural part of Victoria I’ve become aware just how important local libraries are and how much influence local managers can have.

SYNOPSIS for The Swan Island Connection:

Bobby lay curled like a seahorse, like a puppy… red marks round his throat… facing Swan Island.
The local senior constable, Chris Blackie and his deputy Anthea Merritt, expect the murder investigation to be handled by Geelong-based detectives from the Criminal Investigation Unit. But they’re blind-sided by the interest personnel from the secret military training base on Swan Island take in the case, strongly suspecting that the Detective Inspector may be taking direction from them…

Dorothy Johnston was born in Geelong, Victoria, and lived in Canberra for thirty years before returning to Victoria’s Bellarine Peninsula where her series of sea-change mysteries novels, so far including Through A Camel’s Eye and The Swan Island Connection, is set. She is the author of nine novels, including a quartet of mysteries set in Canberra. The first of these,The Trojan Dog, was joint winner ACT Book of the Year, and runner-up in the inaugural Davitt Award. The Age gave it their ‘Best of 2000’ in the crime section. Two of her literary novels, One for the Master and Ruth, were shortlisted for the Miles Franklin award.