September 2017 Round Up: General Fiction 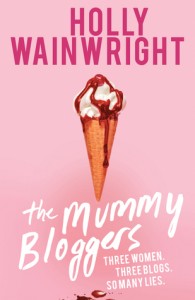 In September we only reviewed one book that was published before 1997 and that belonged to Elizabeth Harrower’s The Long Prospect (1958) reviewed by Calzean. Calzean tells us that this book is more about the words the author uses than the story she tells with them. Have any of you read this one? If so, what did you think?

Welcome to the September Round Up for General Fiction. All up, we had a total of 70 reviews for 55 books and 52 authors. The most read book this month goes to Holly Wainwright’s The Mummy Bloggers with a whopping 5 reviews. Most of the feedback was positive for the book that shines a spotlight on social media and the world of bloggers.

In crafting such vastly different characters, varying social media experiences were successfully showcased in a holistic way. Well balanced against each other and well crafted, all three characters shone under their respective spotlights, with a depth and realism that comes from knowing your subject. ~ Theresa Smith

The Mummy Bloggers, the first feature novel by Holly Wainwright, is a novel that really packs a punch. Don’t be fooled by the sweet ice-cream cover! The Mummy Bloggers is a book that shocked and surprised me, while also making me laugh. Most of all, it was a book I could easily relate to, perhaps as I am a keen social media user, a blogger and a parent to two children. The Mummy Bloggers casts a very critical eye over blogging world and modern parenting, all delivered in a witty and observant package. ~ Amanda @ Mrs B’s Book Reviews

But not all reviewers gave it such a glowing review:

For me however, the characters were a bit too caricatured. I mean, I know they’re meant to be but I struggled to care about them at all. And – despite the disclaimer – so much of it is plucked off hate sites and from the real world, it didn’t really offer up anything new: devil-may-care (world hating) Divas or Queens; fake cancer scares; anti-immunisation peeps; overly curated social media feeds of fake lives; and the working mum vs stay at home mum war. (Oh and the one blogger runs off with another blogger’s husband bit thrown in as well…. cos I do recall reading about that on ‘GOMI’ – the aforementioned ‘hate’ site.) ~ Deborah on Goodreads

The most read author is also Holly Wainwright, so the second most prevalent author this month is Fiona Palmer (Secrets Between Friends) being read 4 times in total. Best friends Abbie, Jess and Ricki are setting sail on a cruise ship, rekindling the excitement of a school excursion they took ten years earlier to the historic port town of Albany, the oldest city on the stunning turquoise coastline of Western Australia. But are they truly prepared for what this voyage will reveal?

Secrets Between Friends deals with love, loss, friendship, friends to lovers, betrayal, adultery, drugs and family violence; there is also sun, sand and cocktails. The strongest theme is friendship, the ones that are there through the years and are strong enough to withstand the toughest tests.

This is a book I would unreservedly recommend and one that cements Fiona Palmer further into my favourites list, and reminds me I need to go and chase up the ones I’ve missed. I look forward to more contemporary works and a further spreading of her typing fingers. ~ Michelle @ Beauty and Lace

This month’s Indie corner is home to Winter Signs by Sarah Gai. This happens to be the second book in the Season Named Series, reviewed by Brenda. Winter Signs by Aussie author Sarah Gai is a wonderful story which centres around a character who has spent her life wrapped in silence. Deafness and everything that means for living a life is hard to comprehend for someone who has never been in that position. The author covered it well; I could feel Winter’s frustration when she was unable to understand non-signing people because they spoke too fast for her to lip-read. ~ Brenda on Goodreads.

If you are interested in finding more general fiction books by Australian Women Writers that were reviewed in September, please check out our “Books Reviewed” page.