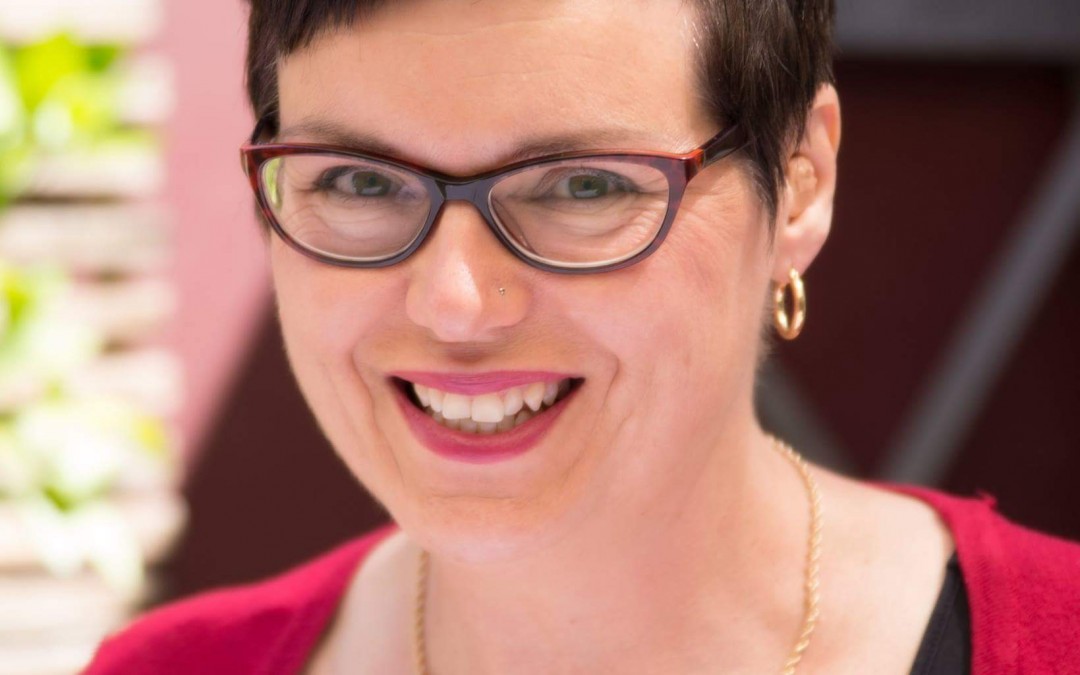 Welcome to Sunday Spotlight. Today our guest is Elizabeth Jane Corbett, here to talk about her debut novel, The Tides Between, due for release on the 20th October, published by Odyssey Books. When did you start writing and what was the catalyst?
I’d always been a bookish kind of girl (ever since I got lost on a lonely moor with the Famous Five) and had been raised on stories of a novelist in the family – a cousin of my mum’s whom I’d never met because we emigrated. On my fortieth birthday, I wrote a list of all the things I would like to have achieved. Writing a novel topped the list. I thought I’d better get started before I run out of time.

How many novels have you written and published?
The Tides Between is my first novel. The first piece of fiction I have attempted since a truly dreadful short story in year eleven.

How long on average does it take you to write a book?
The Tides Between took forever. I didn’t know anything about point-of-view, story arcs, plot, characterization. I simply gave myself permission to write. When I started, we still had four children living in the house and I had to put the novel on hold for a number of family crises. But I’d been shortlisted for an award, early in the process, and had the manuscript professionally assessed twice. Each time, the advice was keep going. This is a story worth telling. In the end, I re-drafted the novel four times. Stone Promises, my current work in progress is forming more quickly as I have a sense of what I’m trying to achieve. But it’s early days. So, we’ll see.

How has being Australian AND a woman impacted on your writing and/or writing career?
I married at the age of nineteen and due to some fairly dodgy family planning decisions pumped out three children in quick succession. Then because life wasn’t challenging enough we added another child to the family – by adoption. So, my twenties and thirties were pretty much taken up with motherhood. That’s my excuse for being a late bloomer. In truth, these latter years have been the best years of my life. I know who I am and what I want to say in my work. I am more comfortable with shades of grey. I hope that makes my work more nuanced. I shudder to think what I might have written as a twenty-year old. My life experience means that I certainly write the marriage, childbirth, motherhood, and feeling-like-my-life-is-out-of-control aspects of a woman’s life with great feeling. In terms of nationality. My family migrated to Australia when I was five years old. It has taken me a long time to come to terms with that decision. Writing an emigration novel was part of that process. Through the research, I have become seriously connected to my Welsh heritage. I also understand more fully what Australia has contributed to my worldview. A well-known Welsh idiom says: Gorau Cymro, Cymro oddi cartref – the best Welshman is a Welshman in exile. Another reads: Cas gŵr na chȃr y wlad a’i maco – hateful is the man who doesn’t love the country who reared him. I am mindful of both.

What authors and types of books do you love the most?
Nuanced, evocative, mystical, quirky. My tastes have become more eclectic since I started writing. But I mostly read historical fiction, with a strong sense of time and place. If I can get a book set in Wales, even better.

What is your favourite childhood book? Did reading as a child have any bearing on your decision to become a writer?
I started out read the Famous Five, and the Magic Faraway Tree and other such adventures. This caused great concern as it was in the era when Enid Blyton books had all been removed from school and public libraries. I used to go to the Blackwood Book Swap every Saturday morning to stock up on second hand Enid Blyton books. I eventually moved on to Arthur Ransome’s, Swallows and Amazons series and the Malcolm Saville’s, Lone Pine series. I loved books about children having adventures. My absolute all-time favourite was Anne of Green Gables. I can’t tell you how many times I read that book.

What inspired your most recent book?
One of the reasons I’d never attempted to write a novel is that I thought I didn’t have any ideas. But when the above-mentioned mid-life crisis hit, I thought I’d better try to generate a few. I’d always been interested in Caroline Chisholm – the emigrant’s friend. I started by reading a biography of her life and then broadened out to immigration in general by which time I had this image of a young girl who had lost her father in tragic circumstances forming in my mind. Once I started to appreciate the Welsh language and to learn about their strong bardic culture, my Welsh storyteller was born. The friendship between the young girl and the storyteller became the driving force of my novel.

How much research do you do? As an author of Historical Fiction, how do you balance the demands of getting the facts right and telling a good story?
The Tides Between is pure fiction. None of the characters actually lived. This gave me a degree of freedom. However, the novel is set in the steerage compartment of a nineteenth century emigrant vessel. I therefore endeavoured to make the conditions between decks as realistic as possible. My Welsh character is a storyteller and I wanted to ensure I had a good grip on the Welsh language and culture. I learned Welsh as a consequence (yes, I’m mildly obsessive) and read a great number of Welsh fairy-tales. But ultimately the storyteller’s life shapes the tales he tells. So, they are unique to my setting. I love the research part of the writing. It is where I get my inspiration. Ideas don’t drop in to my head from nowhere. They grow with my understanding.

Do you read your book reviews? Do you appreciate reader feedback and take it on board, even if it is negative? How do you deal with negative feedback after spending so much time writing your book?
I work with a writing group and receive monthly feedback on my work. We read aloud and critique in an honest but safe environment. But manuscript assessments are another matter. I get quite anxious about making changes and initially feel overwhelmed by the sheer volume of the task. But once I’ve given myself a few days to mull and breath, I gain an equilibrium and answers start to form. I never feel confident at the outset, however. For me there is always the ever-present fear that I won’t be good enough. I constantly have to manage my self-talk. As such, Anne Lamott’s, Bird by Bird, is my all-time favourite writing book. As for reviews, I may need to put a family member on management duties.

How much planning do you do? Do you plan / plot the entire story from beginning to end, or let it evolve naturally as the writing progresses? In terms of characters, are they already a firm picture in your mind before you start writing or do they develop a personality of their own as the story progresses?
I am still learning my writing process. With, The Tides Between, I did very little plotting. I knew if I took in to account everything I needed to know I would be too nervous to start. Hence, the need to re-draft so many times. With, Stone Promises, I know where I am going and understand the major plot turning points of my story. In between, I am fumbling my way in the dark.

Have you ever had to deal with a situation where someone feels they recognise traits of themselves in one of your characters?
One of the characters in The Tides Between was in fact inspired by a neighbour and my son recognised the personality. But the tell-tale signs have been lost in the re-writes. Phew!

Can you tell us something about yourself that not many people would know?
My husband, Andrew, is the youngest of three children. His brother married a girl whose surname was Head. His sister married a man whose surname was Foot. They used to joke that Andrew would marry a girl called Middle. But then I came along and my surname was Dicks. Funnily enough, after that, they never made the joke in my hearing.

If you could go back in time for a year, which historical era would you choose to live in?
I am not keen to go back. I’m rather attached to hot showers, women’s rights and technology. But I would like to ride a horse and wear a cloak and the Laws of Hywel Dda tell me Welsh women didn’t have it too bad. So maybe I’ll go back to Wales, before the Norman Conquest, and be a warrior-princess.

If you could sit down for an afternoon with an iconic person from history, who would you choose to spend that time with?
My current work in progress is a novel written from the point-of-view of Owain Glyn Dwr’s wife. So, I wouldn’t mind meeting the man himself. Other than that, I’d love to have met Nelson Mandella. Jesus would be pretty cool too. I have some pressing questions I need answered.

When did you discover the Australian Women Writer’s Challenge? Do you think the challenge has had any impact on the awareness and discoverability of Australian Women writers? Have you personally benefited in terms of exposure of your work to new readers?
I signed up for the challenge in 2015 but didn’t meet my reading goal as I’d gone to live in Wales. I chose to immerse myself in the Welsh language and English books with a Welsh focus. I have kept up with the blog however and think it is an amazing venture. We now advertise the AWW Challenge in the local library where I work. I am on track to read the promised number of books for 2017. About The Tides Between:
She fancied herself part of a timeless chain without beginning or end, linked only by the silver strong words of its tellers.
In 1841, on the eve of her departure from London, Bride Stewart’s mother demands she forget her dead father and prepare for a sensible, adult life in Port Phillip. Desperate to save her childhood memories, fifteen-year-old Bridie is determined to smuggle a notebook filled with her father’s fairy-tales to the far side of the world.
When Rhys Bevan, a soft-voiced young storyteller and fellow passenger realises Bridie is hiding something, a magical friendship is born. But Rhys has his own secrets and the words written in Bridie’s notebook carry a double meaning.
In the dark confines of steerage, Rhys’s past returns to haunt him and Bridie grapples with the implications of her dad’s final message. The pair take refuge in fairy-tales, little expecting the trouble it will cause.