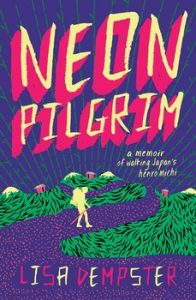 Is it the advent of spring, maybe, that prompts us to crack open a new history memoir or biography? During October there were 23 reviews in the History, Memoir and Biography category which is quite a rise from previous months. Perhaps earlier reviews have lured readers to books that have been mentioned several times over the course of the year. Kate Forsyth joined the many enthusiastic reviewers of Julia Baird’s Victoria the Queen, Mia Freedman’s Work Strife Balance gained a second review through Anna Greenwood, who also read Jessica Friedmann’s Things That Helped. Maxine Beneba Clarke’s The Hate Race, most recently reviewed by MST-Adventures in Biography has received thirteen reviews in 2017 and Theresa Petray read Elizabeth Tynan’s Atomic Thunder:The Maralinga Story. Fiona Wright’s Small Acts of Disappearance was reviewed by Kate Forsyth, bringing the total of reviews to seven over the last two years. Books which combine travel with the author’s own growth and development seem to have been popular this year. Lisa Dempster’s Neon Pilgrim gathered two reviews this month. Brona at Brona’s Books, who found it “an easy, engaging read”, wrote:

We don’t learn a lot about Dempster’s back story. We know she is twenty-something with some issues – depression, no job, over weight and living back at home. Back in her school days, she completed a year long exchange program with a school in Shikoku. She became aware of the 88 Temple pilgrimage at this time. In her time of need a decade later, it came back to her as a way of solving all her present day problems. (Review here)

Neon Pilgrim is Lisa’s account of her pilgrimage on the Henro Michi trail in Shikoku, Japan – walking 1200 km of mountainous terrain in the gruelling summer heat….If you like hiking, or armchair travel, or just a tale about someone who was gutsy enough to step out of her comfort zone, Neon Pilgrim may be just the book for you. Brimming with interesting characters and written with warmth, honesty and an irresistible Aussie humour, this memoir was both interesting as well as entertaining. (Review here) A place somewhat closer to home is Sydney, in Vanessa Berry’s Mirror Sydney. This book focuses on the ‘weird places, suburban mythologies and unusual details’ which are pursued through a series of journey from pre-history to the present. As Tom Patterson writes in his review:

These journeys are often personal, so that the ‘histories and the memories’ of Sydney, and also of Berry, are woven together….The product of this dreaming is a book of delightful anecdotes,but what is lacking is an analysis of why these places have come to be what they are. It’s a pity, because it makes the stories a little disjointed. By not grappling with questions of cause and effect, Berry misses the opportunity for narrative drive. But the big criticism of this book can also be levelled at most history and travel writing: that it describes places well but not people. And it is people that make places, and make Sydney, come alive. (Review here) ….an informative and well-told read for those of us interested in Victorian history.  It does assume a familiarity with the ports and places under examination, so it’s a fairly localized publication. (Review here) A more lyrical approach is found in Anna Clark’s book The Catch: The Story of Fishing in Australia. Janine writes:

Its copious and beautiful illustrations mark it out as a coffee-table book, but the text ranges beyond the ‘whoa! look at that!’ response to a photograph of a big fish. Its author, Anna Clark, is well known in academic circles for her work on public history and history teaching and she brings to the book an awareness of sources and a keen sense of finding history in the everyday.  Most importantly, she brings her own love of fishing to the text, and I think that this is what fishers will respond most to in this book. (Review here) Calzean reviewed Anna Clark’s more academic Private Lives, Public History which examines the connection between local and intimate stories and the role of history in public life. Based on interviews with 100 ‘normal Aussies’ in five communities, Calzean commented:

I think I was expecting a bit more. The book stems from an academic research project and it tells…It’s a kind of half full book as I was not quite sure what the author was trying to prove. (Review here) Bill Holloway reviewed a compilation of Miles Franklin’s lectures that is published as Laughter, Not for a Cage, published in 1956 and only available secondhand. In his details and informative review, Bill writes:

In 1950 Miles Franklin, approaching her 72nd birthday and not in good health, travelled across Australia – by plane from Sydney to Adelaide and train across the Nullarbor – to give a series of lectures at UWA, Perth, which were subsequently expanded into the book Laughter, not for a cage: Notes on Australian writing, with biographical emphasis on the struggles, function and achievements of the novel in three half-centuries, and which came out in 1956. (Review here)

Another older writer, Randolf Stow, is explored in Gabrielle Carey’s Moving Among Strangers. When she found that her gravely-ill mother had corresponded with Stow in the past, Carey begins to research him more closely. As Sue at Whispering Gums writes:

It’s partly a biography of Stow, and partly a memoir of Carey and her family, but Carey wouldn’t call it either….It is not a long book, and is therefore not comprehensive… What you will find though is an intelligent analysis of Stow the man and of his work. You will also gain, or, at least I did, some insights into literary Australia of the mid to late twentieth century – not a list of luminaries, or even a history, but a sense of the life and times, and of how one particular writer did (or didn’t) navigate it. (Review here)

Some varied reviews here. Louise Allan read Juliet Will’s The Diamond Dakota Mystery, the true story of the survivors of a plane shot down en route to Broome after evacuating Java (Indonesia) in World War II (review here). Another story of survival, of a different type, is told in Ruth Hegarty’s Bittersweet Journey. As Calzean writes in her review

The stain on Australia’s recent past is highlighted in this memoir as the author tells her story of “escape” from the Aboriginal mission dormitory where she had been an inmate of 22 years. Unfortunately she escaped into a marriage of violence and instead of being owned by the Government she was owned by her husband..Hegarty’s writing style is like listening to your old friend tell a story. It’s a suitably humble style to an outstanding Australian (review here) Doyle successfully frames her search for ‘a meaningful adult existence’ in the context of the major issues faced by individuals in Western society today, and particularly by millennials. In doing so, she lays a consoling hand on the shoulder of others like me. Our struggle to carve our own unconventional paths through the milestones of careers, marriages, children and mortgages is perhaps the most conventional thing about us. As Doyle’s psychologist advises her, ‘You need to work out what’s important to you.’ Adult Fantasy isn’t a guide for doing so, but it offers a reasoned, heartfelt starting place. (Review here)