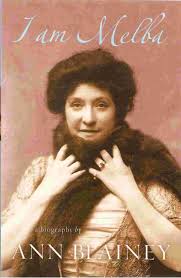 My round-ups are scheduled late in the following month, and careering as we are towards Christmas, I’ve decided to include the books that have been reviewed up until half-way through December. Think of this as a November/December bumper issue!

As is often the case, we have had readers drawn to books that have been featured in other HMB round-ups this year. These include Jennifer Cameron-Smith’s review of The Trauma Cleaner (reviewed earlier here) and her very positive review of Mirror Sydney (previously reviewed here). Nancy reviewed Kim Mahood’s Position Doubtful (other reviews here) and also wrote a review of  Rebe Taylor’s Into the Heart of Tasmania (previous reviews here). Elspeth Muir’s  Wasted, was reviewed by Calzean, bringing the total number of reviews to seven for the year, and Kali Napier reviewed Mary Rose McColl’s For a Girl (earlier reviews here).

In November/December we have had four works dealing with 19th and 20th century women, some well-known, others less so. Hazel Edwards found Ann Blainey’s I Am Melba (2008) to be a “well constructed and researched biography…that makes the reader appreciate the physical challenges of the constant singing and extended travelling, but also the social context” (review here).

A contemporary of Nellie Melba was the suffragist, aspiring politician and anti-conscriptionist Vida Goldstein, who features in Janette Bomford’s biography That Dangerous and Persuasive Woman (1993). In her review, Janine

This is an academic text, with quite a few initials for organizations…it takes a strictly chronological approach, and most of the character analysis takes place in the ‘Afterword’ that closes the book. Although [the book] is probably not widely available today …Vida herself has taken on even more prominence with the recent interest in the conscription debates of WWI and the toxic politics around Julia Gillard’s Prime Ministership (review here).

In preparation for his ‘Australian Women Writers Generation 1 Week‘ between 15-21 January 2018, Bill Holloway has whetted our appetite with an older book (1988) written by feminist Dale Spender, Writing a New

World, which examines Australian women writers through their works, letters and diaries over the past two centuries. Bill wrote:

Spender, with Writing a New World (1988) and the books that she was responsible for republishing in 1987-8, is almost single-handedly responsible for reviving the study of early Australian women’s literature….In Writing a New World, she is not attempting to rank the contributions of women authors but rather to show just how many women wrote during the first 200 years of white settlement, and how many of them were ‘lost’ by not being included in male-dominated canons (review here).

A more recent publication about a woman who was completely unknown, except to her family, is Betty McLellan’s ‘psychological biography’ of her grandmother, Ann Hannah, my (un)remarkable grandmother: A psychological memoir. The methodology McLellan chose draws on the political pronouncements, decisions, writing, behaviour or art of the subject: except in this case,

her private, “ordinary” grandmother had left none. The author turns instead to her grandmother’s everyday expressions as the organizing structure of her book, and as a way of presenting her “as a representative of many women born in her time and circumstance”. In her review of what she ultimately judged a “different but interesting read”, Sue at Whispering Gums felt at first that the author was “drawing a rather long bow” and

Overall, the approach makes for a somewhat disjointed book, skipping as it does around different fields of human knowledge and experience. Nonetheless, it all works reasonably well because there are unifying threads to which McLellan returns, one being Ann Hannah herself, and the other McLellan’s feminist perspective. I say “reasonably” well because there were times when, due I’m sure to lack of information, Ann Hannah seemed to slip though my fingers (review here).

Several of the reviews during November/December captured the spirit of living through a particular historical era. Starting with Depression-era Sydney, Robin Dalton’s memoir Aunts Up the Cross (1965, republished 2015) looked back to the author’s bevy of eccentric aunts who lived in Kings Cross Sydney between the wars. In her review Brona wrote:

Perhaps because Dalton wrote the book in the 1960’s, and was therefore looking back on her life from a bit of a distance, there were romantic, nostalgic, story-like elements to it….However, I confess that I found the level of eccentric behaviour and chaos exhausting by the end...Aunts Up the Cross was a fun, rather bizarre romp through depression era Sydney. A delight to read but easily forgotten (review here).

The 1960s are brought back to life in comedienne and actress Noeline Brown’s review of Living in the 1960’s, a review of social cultural, and to a lesser extent, political life in Australia during the decade, interwoven with her own personal anecdotes. In her review, Janine found it “a very light touch, with no theoretical framework or bibliography at all. It’s an easy and undemanding read and the sort of book that can be picked up for a chapter or two, then put down” (review here).

A compilation of oral histories spanning the 1920s through to the 1990s can be found in Alistair Thomson and Anisa Puri’s volume Australian Lives: An Intimate History that emerged from the multimedia Australian Generations Oral History Project. It was reviewed by Janine, Calzean and also by Anna Greenwood. Anna wrote:

Each chapter is preceded by an introduction which provides useful context, though the use of excerpts from the interviews in the chapter was a bit too repetitive at times…It took me a while to get through the book, and it might be better suited to dipping into rather than reading from cover to cover. But it is a fascinating read which shows the diversity of experiences from people whose voices could otherwise have been lost (Anna’s review here)

t might not be a different time, but Mandy Sayer’s Australian Gypsies: Their Secret History explores families who are largely excluded from official histories of Australia. Calzean reviewed the book and noted that:

Mandy Sayer has an easy, natural way of writing. Given her early life as a street performer she also has a natural empathy for the Australian Romanis she meets. Her alternate chapters of the history of Romanis in Australia, a bit on Romani culture and then interviews with Romanis now living in Australia also work. But it is in these chapters of interviews where the book falls down. She tries too hard to find storylines and there are too many times where she becomes the storyline (review here).

Institutional history is a less-commonly reviewed genre in the Australian Women Writers Challenge. Hazel Edwards reviewed Helen Macrae’s Dinner With the Devil, which describes the creation of the Queen Victoria hospital in Melbourne, and the fight to retain it. Hazel observed:

There are gems of anecdotes amongst this account, indicating the fascinating and determined personalities who could have made a great TV series. But the writing style which depends upon lists of names and committee notes in the political quest to retain the buildings is disappointing. We need to read about our historic heroes but in an accessible way (review here).

And of course, there were several personal memoirs reviewed recently. One could be classed as an Australian memoir classic: My Place, reviewed by Nancy,  which was published – can you believe it?- thirty years ago!

Amanda @Mrs B.’s book reviews read Renee McBryde’s This House of Lies, which Lauren Keegan also reviewed earlier in the year. Both of them felt uncomfortable in reviewing this memoir of murder, secrets and abuse in a dysfunctional family. In her review, Amanda wrote:

I tend to find it problematic to review memoirs and The House of Lies is so deeply raw, honest and absorbing that I am faced with some degree of difficulty in rating this book….The compelling and conversational mode of storytelling employed by McBryde, assisted in my reading of this often sad and depressing tale. This is not an easy read by any means…The House of Lies, is a memoir that reminds us of the pure strength of the human spirit and the sense of resilience that comes with a tough life lived (review here).

Rachael Stevens’ memoir of dealing with anorexia, The Skeleton Diaries is told through a series of diary entries. In her review at the Tinted Edges blog, Angharad Lodwick wrote:

Finally, Amanda@Mrs B’s also reviewed the  “insightful and heartfelt personal memoir”, Farewell My French Love by  Adelaide journalist Nadine Williams. The book focuses on the individualized process of grief, but also “highlights the importance of friendship, travel and food as an elixir in the

Farewell My French Love is an earnest memoir that exposes the emotional and physical journey of grief. This engaging and well written memoir can also be read as an alternative travel guide to a destination I love, France. If you consider yourself a Francophile, this book is for you! (review here).