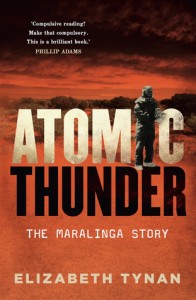 In my November post each year, I include some December awards information, because the last post of the year will summarise the whole year allowing no time for specifically November news. So,

Our record-breaking review numbers continued in November with 50 reviews posted for Classics and Literary books. Here are some of the statistical highlights:

Eight classics were reviewed this month, 16% of the total. They include two novels that are over a century old – Ada Cambridge’s Sisters (1904) and Barbara Baynton’s Human toll (1909). Brona (Brona’s Books) reviewed Sisters and was impressed. It’s about “four young women coming of age on a rural property in northern Victoria”. Brona writes:

If Sisters is a fair example of her work, then I will certainly be seeking out more. She doesn’t write with the same breadth and depth as Henry Handel Richardson, but she does tackle women’s issues and class consciousness head-on in a time when this was not really the done thing in literature.

I concur. I discovered her in the 1980s and loved both Sisters and A woman’s friendship.

Bill (The Australian Legend) reviewed Baynton’s only novel, Human toll. He says the structure of the story is “relatively difficult to follow, although individual passages are often excellent”. He bemoans the brevity of Baynton’s writing career.

Three of the classics came from the 1960s – Robin Dalton’s memoir Aunts up the Cross (1965), Joan Lindsay’s Picnic at Hanging Rock (1967) and Thea Astley’s A boat load of home folk (1968). As I’ve mentioned Lindsay and Dalton previously, I’ll focus here on the Astley, which, reviewer NancyElin says, is a satirical book about “the effect of a hurricane on a group of Australians … stranded on a Coral Island in the Pacific”. She writes that “Thea Astley is blessed with a ‘nose for the lurking detail’” and that this “is what makes her writing so exceptional in my opinion.” (Again, I concur about Astley’s writing.)

The last three of the eight classics are Jessica Anderson’s historical fiction novel The commandant (1975), Amy Witting’s novel The visit (1977) and Sally Morgan’s best-selling memoir My place (1987). Calzean greatly enjoyed Witting’s The visit – along with Witting’s other books, in fact! She writes:

I think I have now exhausted the local library’s holdings of Amy Witting’s books. And all of them have been great to read as the author dissects life in Australia (mainly in the 70s). In this book, she takes us to a small country town in NSW.

Literary fiction, as I’m sure you know, can cross genre boundaries, including historical fiction, crime, and speculative fiction (which in our categorisation covers fantasy and science fiction). This month, five books categorised as speculative fiction were also identified as literary, giving us six reviews, as one, Kathryn Gossow’s Cassandra, was reviewed twice.

Sometimes a rare book comes along that draws you in to the lives of its characters so fully that you feel, at the end, as though you have walked alongside them in reality. Cassandra is one such book. Exquisitely written with excellent characterisation, it highlights Odyssey Books’ expertise in discovering hidden gems that breakdown genre expectations.

Tsana (Tsana Reads), a longstanding hardworking member of our AWW team, reviewed Claire Coleman’s Terra nullius. Tsana is a speculative fiction reader and decided to read this because of “intriguing” references in the reviews she read to its having a speculative fiction element. She rated it 4/5, but was disappointed, primarily, it seems, because she

was expecting the plot to pick up after the reveal and gain a clearer direction. It did not. Individual characters had goals and/or motivations but these did not come together as one would expect from a genre book.

She thought the book was well-written, overall, but felt it was probably not written for science fiction readers. In other words, it’s not, in her mind, a genre book – pointing, I’d say, to where “genre” and “literary” fiction part ways. Genre can, of course, be well-written, but it will, in the end, if it’s “true” genre, adhere to certain expectations. Literary fiction, on the other hand, will usually not. I thank Tsana for making this point so clearly.

While we are looking at “literary” genre, how about crime? There were six reviews for three books in November, and they give me a chance to highlight two reviewers new to my round-ups, children’s author Hazel Edwards and blogger Angharad Lodwick.

Hazel Edwards, Jessica Currie and Weezelle all reviewed Emma Viskic’s And fire came down. Edwards (GoodReads) starts her review with:

Having enjoyed Resurrection Bay the earlier Caleb Zelic mystery, there’s an unexpected pleasure in finding the sequel And the Fire Came Down is even better. Tighter. And the character revelation is sustained across the whole story. … The dialogue which flows in hilarious scenes is a delight, with sub-text. Definitely filmic material. With a plot twist at the end.

Viskic has painted Caleb brilliantly because it’s not ‘Caleb, the deaf investigator’, but ‘Caleb, the investigator who happens to be deaf and is also lots of other things as well’. In other words, Caleb’s deafness is one element of his character and he’s not defined by it.

And Jessica Currie (Dogeared Reviews) discusses her love of the “Caleb” series:

Perhaps borrowing from her accomplished classical music career, Viskic brought together an ensemble of diverse players and skilfully conducted symphony from what should have been cacophony: abrasive ex-cop partner Frankie, ex-wife Kat, terrifying Koori mother-in-law, cop Tedesco, and junkie brother Ant to name a few. It’s fair to say it was a long two years of waiting for those of us who longed to be frustrated by Caleb again.

And now, as this is getting long, I’ll end with Angharad Lodwick (Tinted Edges) on Melina Marchetta’s Tell the truth, shame the devil. She describes Marchetta as “the trailblazer of Australian teen fiction since the early 1990s”. Although she had a minor quibble, as you’ll see, she greatly enjoyed the book:

Her exploration of race is multifaceted and informed, and Bish’s own complex identity is a valuable conduit between two very polarised experiences. Although there were times where I felt the characters were perhaps a little too virtuous, the rest of the story more than made up for it and I found myself staying awake way too late to finish this one.

And that’s it for November – you’ll be pleased to know!