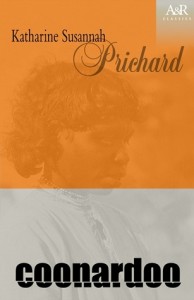 A belated Happy New Year and a warm Welcome to all our authors, readers, reviewers and friends. The Australian Women Writers Challenge is an inspiring campaign, uniting and leading all our efforts to read, review and promote books by our awesome female Aussie authors. But it remains a challenge indeed, as we continue to diversify our literary tastes and seek out new horizons in terms of genres and themes.

A reminder that every time you post a review online, please link it to the “Books Reviewed” page on our website. If you happen to use Twitter, please tweet about your review using @AusWomenWriters and/or #AWW2018 and I will gladly share it with our 8,240+ followers.

Now, to wrap up 2017, in December we had 44 reviews of 35 books by 35 Australian women writers. Among these, only one book was published before 2000 – Katharine Susannah Prichard’s Coonardoo (1929). In the words of Julian Leatherdale: “[It] is a remarkably brave and honest novel not just for its time but still proves confronting and heartbreaking reading even today… The highly detailed and utterly convincing naturalism of the writing about life and work on a cattle station makes a persuasive context for [Prichard’s] revelations about relations between the white settlers and the indigenous population in the Kimberley largely unknown to most Australians.” We also reviewed only one book published between 2001 and 2010 – Amanda Lohrey’s The Philosopher’s Doll (2004). In the words of Janine Rizzetti (The Resident Judge of Port Phillip): “It’s a strange thing, re-reading a book. You’re not the same reader that you were the first time and the context in which you’re reading the book is often very different… At the time I leapt on [this book] because it was local, domestic and female in comparison to the two hefty tomes that preceded it. Now, twelve years later I’m reading it again, this time for my face-to-face bookgroup. I didn’t view it quite as kindly the second time around.”

Rizzetti further reflected: “Reading back on the review that I wrote on this book back in 2004, I didn’t mention any of these criticisms. Did I just read it as a Melbourne-based story, and did I skip the philosophy? Or did I enjoy the philosophy perhaps? Have I changed since then? Or am I more conscious of Lohrey’s earnest spiritual intentions in writing now after reading A Short History of Richard Klein [2015], which I found even more didactic than this book?” These questions are interesting as we observe the evolution of an author from one book to the next. Perhaps such observation can be made on ourselves as well, if we endeavour to re-read the same book and document our own amazing transformation every five or ten years? And here is something great about our “Books Reviewed” page, where we can compare how various readers can have considerably different views about the same book. Take Emma Viskic’s And Fire Came Down (2017) as an example. Calzean commented: “There is plenty of mystery, storylines that build and build, very bad bad men and women, the scourge of ice and newer chemicals of recreational use, racism, and the local Aboriginal settlement dealing with violent attacks.” Meanwhile, Carolyn Scott found perhaps a pattern: “Everyone seems to have secrets and it takes Caleb some time to work out what is going on. He doesn’t always make the best decisions and puts himself in danger but ultimately his actions pay off as all the pieces start to fall into place.” Another example is Jackie French’s Facing the Flame (2017), #7 in the Matilda Saga. Amanda @ Mrs B’s Book Reviews noted the numerous strengths and perhaps only one weakness of this book: “It took me awhile to get a firm handle on who was who character wise, but once I had this set the story flowed. As a suggestion, I would have liked a character list in the front of the book to assist me in the early stages of reading this novel.” Meanwhile, Ashleigh Meikie – The Book Muse provided an excellent review of the Matilda Saga:

Throughout the seven books, Jackie French’s main characters have been primarily women, who in each of their respective time periods…has had to fight against prejudices of gender and race, and sometimes poverty, to have their voices heard. These interlocking and diverse families provide an insight into the history that we are not taught in school, the history of those that are not often heard from, but might be heard about more – a carefully hidden history that would make any historical account richer and more interesting than what might be on offer. Jackie French has uncovered some of Australia’s secrets through fiction, raw and bare, and created a strength of character and story that anyone can relate to, even if they explore stories that can hurt and harm, we need to remember them. Finally, we have Jane Harper’s Force of Nature (2017), which, in the words of Tracey Carpe Librum, “captures the menacing and unforgiving wilderness of the Australian bush with such precision, that several scenes reminded me of the 1886 oil painting Lost by Australian artist Frederick McCubbin”. Sanchie also noted: “There is a lot to remind you of the days of Ivan Millat and is a bit creepy in that sense. As someone who hikes, a lot in this book was nightmarish to me!” In the conclusive words of Theresa Smith Writes on Harper’s “strong command over her setting”:

We feel the penetrating cold, sense the claustrophobic closing in of the endless bush, and later, baulk against the sinister aura of the deserted cabin the women sheltered in. As their panic set in, so too did mine, and I appreciated the realistic portrayal of their desperation.I felt the overall storyline was authentic in its escalation as well as its resolution. I could honestly see this entire scenario playing out in the same manner in real life… If my employer ever suggests a hiking/camping/survival type of team building exercise, I’ll be disappearing – and it won’t be into the bush!

Meanwhile, Kali Napier offered an interesting comment that Force of Nature “was very female in a way that The Dry [2015] was quite a masculine novel”. Like Theresa and Kali, both Belinda Hopper and Kim Forrester @ Reading Matters discussed the book’s two main narrative threads and its outstanding characterisation. In the words of Belinda: “The readers knows that one of the hikers will not make it back, but it is quite some time into the story until we know who has actually disappeared. Leading up to this point in the story, and through the various interactions of the different characters, we learn of their different relationships and the numerous tensions that already exist amongst them… The relationships between the various characters have been built up in such a way that the reader comes to various conclusions as to who might be at fault.” Yet only Kim identified a potential flaw: “If I was to criticise any aspect of the book it would be that we never quite find out what happens to Falk’s fraud investigation…” So, there you go: Six different reviews of the same book are likely to offer everything you need to know about it, including and in particular a strong desire to actually read the book yourself and form your own opinion as a reviewer! Now that we have started a new year, I look forward to reading more informative and interesting reviews of books by our wonderful Australian women writers.