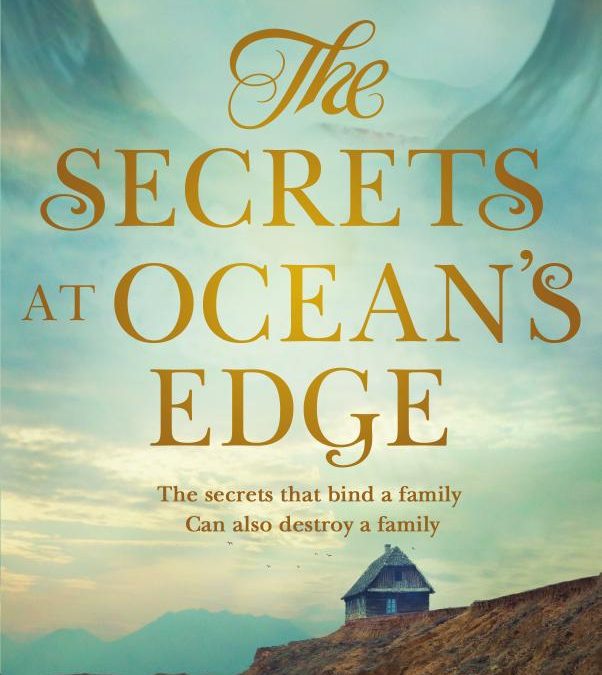 Today we welcome Kali Napier to Sunday Spotlight. Her debut novel, The Secrets at Ocean’s Edge, is releasing this week on the 30th January, 2018. When did you start writing and what was the catalyst?
I started writing this novel in October 2015, when I was selected to participate in the QWC / Hachette Australia Manuscript Development Program and needed an idea for a second book to pitch. I drew on family history research I had conducted a few years earlier, and melded this with an article on The Great Emu War that came up on my Twitter feed that week.

How many novels have you written and published?
Before The Secrets at Ocean’s Edge, I wrote a historical fiction manuscript set in Calcutta in 1873, involving the early life of Rabindranath Tagore. This was the manuscript that was selected for the QWC / Hachette Australia Manuscript Development Program, though it was eventually turned down for publication.

How long on average does it take you to write a book?
The first draft of The Secrets at Ocean’s Edge was written in 8 weeks. But I then rewrote it another six or seven times.

How has being Australian AND a woman impacted on your writing and/or writing career?
My career wouldn’t be a career if I wasn’t surrounded by strong and inspirational female authors who have mentored and supported me. I guess I have still to see how being Australian might impact on my career. When I look at my reading choices, they are mostly historical fiction books written by Australian women writers, which must influence me to some extent.

What authors and types of books do you love the most?
Historical fiction, immersive, with a gripping plot. I love reading Kate Forsyth, Maggie Joel, Karen Brooks, Tracy Farr, Hannah Kent, and so many more.

What is your favourite childhood book? Did reading as a child have any bearing on your decision to become a writer?
I spent 3 years of my childhood with no television and the entire oeuvre of Enid Blyton to occupy me. I remember adapting several of her books into film scripts, and when I came back to Australia when I was 8 I continued to write film scripts and plays. I don’t remember writing any prose fiction until I was 38. One book from my childhood that I still have is my Grimms’ Fairy tales, though now they seem pretty gruesome.

What inspired your most recent book?
The Secrets at Ocean’s Edge was inspired by family history research I conducted to discover more about my dad’s maternal grandfather. I learnt that he had lived in Dongara, only half an hour away from where my daughter was born in Geraldton on WA’s mid-west coast. The scant details of his bankruptcy and attempts at business, and his house that burnt down, are in the novel, but the rest is fiction.

How much research do you do? As an author of Historical Fiction, how do you balance the demands of getting the facts right and telling a good story?
When plotting my novel, I skimmed all the digitised newspaper articles in Trove for the time period 1925-1933 relating to Dongar[r]a, plucking nuggets of plot details, which I then wove the story around. Once I had a first draft I visited Dongara to do more in-depth historical research. The Irwin District Historical Society were very helpful in providing photographs of the time, as well as throwing spanners into my story. I had everyone driving cars, but apparently buggies and drays were still the most common vehicle in Dongar[r]a of 1932. A mechanic’s garage and petrol bowser feature in the story, so I worked out a way to bring cars into town.

A local oral historian also helped me with historical detail, access to oral histories she’d conducted with old-timers, and introductions to two of the oldest residents of Dongara. I spent long mornings with these lovely people, scribbling away with anecdotes. I also took a historical tour of the old Victoria Hospital and met with war historians from the RSL museum in Geraldton.

Do you read your book reviews? Do you appreciate reader feedback and take it on board, even if it is negative? How do you deal with negative feedback after spending so much time writing your book?
Yes, I do. So far, these have been positive, and I’m very lucky to have author friends who enjoyed my book despite me providing disclaimers to them that it was terrible. I’ve been advised to print out all my positive reviews and to reread them whenever there is a negative review.

How much planning do you do? Do you plan / plot the entire story from beginning to end, or let it evolve naturally as the writing progresses? In terms of characters, are they already a firm picture in your mind before you start writing or do they develop a personality of their own as the story progresses?
I have written four and a half manuscripts now, and each one has evolved differently. I generally start with a character and an issue or dilemma they must confront, then place them in a setting. I’ll research that setting to see what situations might occur in that place at that time, and some basic logistical facts. I might plot a few plot points, but then I dive in, and see what unfolds. With The Secrets at Ocean’s Edge, I only knew what the climax would be and worked my way backwards to see how the characters might reach that point. The flashback scenes surprised me when they appeared as I wasn’t planning to set any of the story outside of 1932.

After I wrote the first draft, I marked it up with all the research questions I needed to answer about historical detail, setting, and so on. I undertook a research trip to Dongara and spoke with the Irwin District Historical Society, a local historian, and elderly residents to determine the social attitudes in the 1930s, as well as the setting. All the buildings in my novel still stand today. However, I learned that in 1932 not many people in town had cars, and the original story centred around a mechanic’s garage! So I had to work out a way to bring cars into town in my story.

The characters definitely developed their own personalities. Tommy is the most recalcitrant character I have ever written and didn’t behave. The first words everyone who read the early drafts said were “Poor Tommy”, which frustrated me no end as he was the character I detested the most. Now I am resigned to the fact people find him sympathetic.
There are characters in the book who didn’t appear until the third or fourth drafts, such as Ruby and the Feehely family, and some minor characters only appeared in scenes during the copyedits.

Have you ever had to deal with a situation where someone feels they recognise traits of themselves in one of your characters?
I explained the premise of the story to my 11-year-old daughter, telling her about Lily’s guilt at chastising her daughter Girlie when she never wanted to behave as her own mother had done to her. My daughter started crying, saying that Girlie was her. I told her that Girlie was me! And then I realised to my horror that we turn into our mothers no matter how hard we try not to.

Can you tell us something about yourself that not many people would know?
My first moment of fame was just after I was born and Woman’s Day ran an article about me. Well not really about me – but about my parents’ motorbike journey from London to Sydney in the mid-1970s. I was conceived in Kabul and they married in Delhi, hence my name, Kali — Destroyer of Worlds. Although my mother told Woman’s Day it meant Mother Earth. I was born in Sydney and then we left a couple of months later, and didn’t return to Australia until I was eight. We lived in Algeria, Abu Dhabi, Indonesia and rural England, and had many adventures along the way. When I was three years old, we crossed the Sahara Desert by motorbike, a year before Alby Mangels did.

If you could go back in time for a year, which historical era would you choose to live in?
My favourite era to write about is the Edwardian era, because the old world order was crumbling; gender, class and race relations were shifting; and the horrors and deprivation of the war were still in the future. However. I wouldn’t give up our medical, social, cultural and technological gains for anything. Though I do like the old frocks.

When did you discover the Australian Women Writer’s Challenge? Do you think the challenge has had any impact on the awareness and discoverability of Australian Women writers? Have you personally benefited in terms of exposure of your work to new readers?
I discovered AWW Challenge early in 2016 – I think. I have personally benefited because by writing book reviews I met and befriended many Australian women writers. They have been the nicest and most supportive women I could ever hope to meet.

I am still surprised in discovering Australian women writers I’d never heard of before. While many people read and review the same books, there are those who are keen to shine a light on authors who have fallen through the cracks of our literary history.

The Secrets at Ocean’s Edge 1932. Ernie and Lily Hass, and their daughter, Girlie, have lost almost everything in the Depression; all they have keeping their small family together are their secrets. Abandoning their failing wheat farm and small-town gossip, they make a new start on the west coast of Australia where they begin to build a summer guesthouse. But forming new alliances with the locals isn’t easy.

Into the Hasses’ new life wanders Lily’s shell-shocked brother, Tommy, after three harrowing years on the road following his incarceration. Tommy is seeking answers that will cut to the heart of who Ernie, Lily, and Girlie really are.