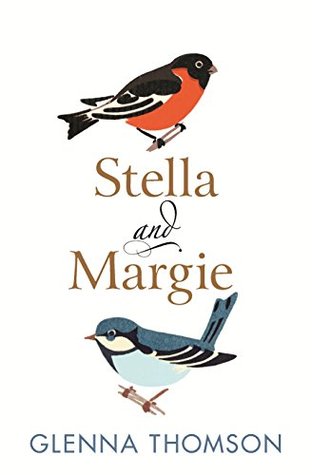 When did you start writing and what was the catalyst?
I started writing when I was in my late forties. I’d been a crazy-busy single working mother for almost twenty years and was too distracted with the day to day challenges of living to consider writing a novel. It was only when I married again and my husband and I moved from the city to our farm in north east Victoria, that I could sit still and write. For the first time in a very long time I didn’t have to be anywhere else. And it was quiet. I also think being emotionally content allowed me to simply relax and concentrate on my writing.

How has being Australian AND a woman impacted on your writing and/or writing career?
All I can say is that I’m privileged to live in Australia. I worked for an overseas aid agency for many years and travelled regularly to third world countries. I take for granted the basics in life, whereas many women don’t have healthcare, housing or security. And being a woman has only impacted my writing positively. I love writing about the themes that women relate to. Motherhood. The desire for a loving relationship. The experience of getting older. Specifically, I relate deeply to the demands of being sandwiched between elderly parents, and children and grandchildren.

Who came first, Stella or Margie? Were either of them already a firm picture in your mind before you started writing or did they develop their personalities as the story progressed?
Before I started writing Stella and Margie I knew the story would be located inside an old heritage farm house – a house I remember from my childhood, but have never lived in. It had an old dining room with a swing door, and when I visualised that room, I saw a woman sitting at the table. Who was she? She became Stella, a fabulous and chaotic, forty-year-old woman, with a passion for her husband, children and community theatre.
I come from a rural family where the patriarchal norms applied. The first son was the heir to the family’s land and fortune, and the daughters were expected to marry well and develop lives elsewhere. This injustice seemed like an issue I could give to Stella’s mother-in-law. She became Margie, a bitter and lonely, eighty-year-old women who has experienced great sadness, and lives with a heartbreaking secret.
So writing Stella and Margie was a combination of having an initial clear idea of setting, and both women emerged strongly when I put them under the same roof.

Changing attitudes towards domestic violence and the care of Australia’s ageing population are both highly topical issues in today’s society. What urged you to combine the two?
I didn’t know that Margie was a victim of domestic violence until I started to understand who Norman her husband was. I was in the second draft when the idea came that Norman was a tragic man who took his frustration out on Margie. In many ways writing Stella and Margie was magic, because the two characters are such opposites and also strong, it all just came together. In relation to the aging population theme, I’m very involved with my elderly mother. And I have a forty-year-old daughter who looks fabulous in hipster jeans. So I was just able to let my imagination take over.

Was the idea of the ‘sandwich generation’ — women caught between the demands of elderly parents and their children — an idea you set out to explore along with the issues above, or did it evolve in line with Stella’s character?
I’m sixty-two years old, married, with three grown-up children, two step-sons and five grandchildren. And an elderly mother close by in aged care. I’m representative of the ‘sandwich’ generation of women who do all the caring and support. I get tired and sometimes frustrated because this is ‘my time’. I’m a writer who loves being in my study with the door closed. School holidays come and go. Mum has appointments and visits. I’m still trying to work out how to fit my grandson’s stroller and Mum’s walker together in the boot of my car. So writing about Stella’s predicament with Margie moving in was easy!

Can you tell us something about yourself that not many people would know?
Here’s a short and true story. At twenty-seven I became a single mother with three kids. Lonely, broke and brave. I went back to work full time. After twelve years at the aid agency, I secured a great job with a multi-national food company. They sent me to New York to meet my new colleagues. I was put up at the Waldorf Astoria and the meetings were in Frank Sinatra’s former suite. And there I was, that moment when I thought, how wonderful and surreal life can be. And the footnote to that story is, my mother was home looking after my kids.

About Stella and Margie: A beautiful novel about two women – a generation apart – thrown together by circumstance, who slowly come to love and understand one another.

Stella and her mother-in-law Margie are two very different women.

Stella is kind, compassionate and just a little chaotic. Margie is prickly, demanding and a stickler for convention. Stella has exciting dreams for the future. Margie has only bitter memories of the past.

When Margie needs help recovering from a major operation, Stella offers her a place to stay. With no other options, Margie returns to the family farm where for decades, until Stella’s arrival, she was the one in charge.

Margie has never made life easy for her daughter-in-law, and that’s not going to change now she’s been made a guest in her former home.

But as the dry summer turns to a beautiful autumn, the two women gradually form an unlikely bond, as the ambitions, secrets, and tragedies that have shaped their lives are slowly uncovered…

Available now in print and ebook from all book retailers. Published by Penguin Random House Australia.