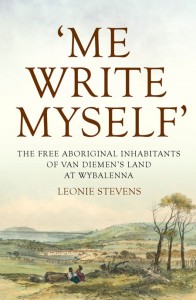 Reviews of works by Australian women writers that feature diversity include those by authors who identify as having a disability, who are Indigenous, of migrant heritage, or are LGBTQI. They also include works that feature characters or themes who identify or grapple with any of these cultures. If you come across these authors, themes or characters in the books you review, don’t forget to check the ‘diversity’ box on the Link Your Review page, or the ‘Indigenous’ box if the author is Indigenous, or ‘Indigenous issues’ box if the author is not Indigenous but the work engages with Indigenous themes.

While this box-checking has its drawbacks (particularly given the history of othering people by pointing out their difference to a ‘norm’, which is never actually a norm but always a construct), we use it to ensure that books which feature diversity become more visible. This is crucial for creating awareness of and understanding about the many different people who populate our planet, and to break down the homogeneity, in Australian literature at least, of writing that features white, able-bodied, heterosexual characters. It also makes the AWW book search page a really helpful resource for readers who are seeking to find out more about different aspects of diversity.

Below are a few highlights of books that feature diversity which were reviewed in January & February. Reckoning: A Memoir by lesbian author Magda Szubanski was reviewed by Ace of GoodReads, who enjoyed Magda’s ‘brutally honest and funny’ writing. Krissy Kneen’s An Uncertain Grace, currently longlisted for the Stella, contemplates an array of sexualities in clever and provocative ways. Kate of Books are My Favourite and Best decided that she ‘didn’t “like” it but it’s hard not to be impressed by something that is so incredibly creative and thought-provoking’.

Mental health issues such as depression and anxiety feature in YA novel Beautiful Mess by Claire Christian. Reviewer Emily appreciated how it showed that mental health issues can affect young people who have good relationships with their therapist and the support of their families. On the subject of YA novels, author HM Waugh loved The Stars at Oktober Bend for its believable use of character and voice to explore ‘big issues like child soldiers, sexual assault, race and disability.’ Meanwhile Kate of Books are my Favourite and Best contemplated the representation of post-natal depression in Stephanie Bishop’s The Other Side of the World. She wasn’t wholly convinced by it although she mentions that other readers have been. Kate also reviewed Melanie Cheng’s Australia Day, describing it as a book which focuses on ‘themes of identity, power balance and what it means to “belong”’. The stories, she continues, ‘deliver some powerful blows that caught me unaware’, particularly in their representations of casual racism. Sarah Ayoub’s The Yearbook Committee was reviewed by Theresa of GoodReads, who wasn’t convinced by the voice or pacing, although she did enjoy how the characters’ diversity is ‘effortlessly in the background, rather than becoming a plot point’.

There were a handful of reviews by Indigenous authors, which is good to see. Claire Coleman’s Terra Nullius was covered by Angharad of Tinted Edges, fittingly on Australia Day. Kali of GoodReads discussed the allegorical and disorientating nature of the book, suggesting that this is a way of describing how history continues to repeat itself. Anna of GoodReads also reviewed Ruby Langford Ginibi’s classic Don’t Take Your Love to Town, which she describes as a readable and ‘fascinating account of a life which is both ordinary and utterly remarkable’. Jennifer of GoodReads also reviewed ‘Me Write Myself’: The Free Aboriginal Inhabitants of Van Diemen’s Land at Wybalenna
by Leonie Stevens, a history which foregrounds the voices and writing of First Nations people in Wybalenna.

Kali Napier’s newly-released The Secrets at Ocean’s Edge feature Indigenous issues or characters. Kali is non-Indigenous but has worked as an Aboriginal family history researcher for the Queensland government and as a Native Title anthropologist in the mid-west of Western Australia. Her novel, which includes an Aboriginal family and represents the distress and difficulty of Aborigines who were issued with a ‘certificate of exemption’ which meant severing family ties was widely reviewed over January and February.

There were a couple of reviews from 2017 that weren’t captured in the annual or monthly roundups (things sometimes fall through the cracks over the summer break – too much beach time!), but which are worth mentioning. These were penned by Ju Transcending, who loved a number of stories by Tansy Rayner Roberts, including ‘Did We Break the End of the World’ from the Defying Doomsday anthology. As Ju notes, this story features characters with disability who face a dystopia with ‘pragmatism, optimism and building rather than despair, pessimism and destruction.’ Ju also enjoyed Roberts’ Musketeer Space, a ‘gender-swapped, thoroughly bisexual space opera retelling of Alexandre Dumas’ classic novel The Three Musketeers’. What’s not to love?

Thanks to all reviewers who gave us these interesting bites of diversity. I look forward to reading many more of them over the year.