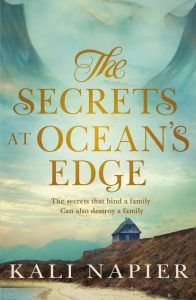 Another year, another January round-up and I’m thrilled that this year has started as last year did – with a bumper crop of reviews. It makes my job harder – but in a good way, so do please keep me busy!

As you’re probably aware, the awards season has started. The Indie Book Awards shortlist was announced in January, so look for my comment on those below. And this month, February, we’ve had the announcement of the Stella Prize longlist and the winners of the Victorian Premier’s Literary Awards. However, since this a January round-up, I’ll leave discussing them for the February round-up. So, on with January …

Well, not jillions exactly, but it was a good month with 56 reviews posted for books categorised as literary and/or classic. This is slightly less than last year’s 62 but higher than any January figure before that making it a good result. Here are some of the statistical highlights:

Eleven classics were reviewed this month, partly because Bill (The Australian Legend) hosted an Australian Women Writers Gen 1 week on his blog. Several of us took part, resulting in seven reviews being posted here. Bill defined Gen 1 writers as those “who came before the 1890s and the Sydney Bulletin ‘Bush Realism’ school, although many of them continued writing into the first part of the 20th century”. Those reviewed here were Ada Cambridge (1844-1926), Ellen Davitt (1812-1879), Rosa Praed (1851-1935), Catherine Helen Spence (1825-1910), and Tasma (1848-1894).

One of these is a completely new author to the challenge, Ellen Davitt, so let’s introduce her. Appropriately it was Bill who reviewed her novel Force and fraud. It was “the lead serial in the first issue of the Australian Journal: a Weekly Record of Literature, Science and the Arts (2 Sept. 1865)” and was, he says, Australia’s first murder mystery. It doesn’t have a detective-hero, which, apparently, did not become popular until some time later. Bill’s assessment is that:

Ellen Davitt is an acute observer, and a forceful writer, and she has created in Flora McAlpin a fiercely independent heroine…

The next Gen 1 book I’m sharing is Catherine Helen Spence’s A week in the future which was reviewed by GoodReads regular, Calzean. I’ve chosen it because it’s described as speculative fiction, which is interesting for its 1897 time. Calzean describes the plot: “the narrator a late 50-ish spinster is given a choice of 2 years to live or the chance to spend one final week in the future. She chooses the latter and is transported to London 1986.” Interesting eh? I’m tempted by this one, particularly because the 1986 she envisages is a utopian one. I can’t see any writer today imagining a utopian world one hundred years hence.

To conclude this Gen 1 segment, I’m choosing a book for its reviewer. The book is Ada Cambridge’s The three Miss Kings, and the reviewer is Emma (Book Around the Corner). If you haven’t “met” Emma, let me introduce her! She’s French, and she is joining our challenge this year, with a plan to read one Australian book a month. Not only that, but she started with one of Bill’s Gen 1 writers. Pretty impressive I think. Do read Emma’s review for a French reader’s impression of a colonial Australian novel, for what she enjoyed and what she found challenging language-wise.

If you haven’t read any of our early Aussie women writers, do consider giving them a try. There’s some great reading there. Just search on the authors I’ve named on our Books Reviewed link.

Given I can’t share every review with you, I’m going to the other end of what we define as classics here to a book published in 1988, Ruby Langford Ginibi’s memoir Don’t take your love to town. It was reviewed by Anna (GoodReads) who admired Ginibi’s stoicism, and said that “The writing style is unconventional, stringing together anecdotes and recollections” but is very readable. It’s wonderful to see an indigenous person’s memoir achieving this sort of longevity. Not all memoirs do.

Some oldies but goodies

This month some books that haven’t quite reached “our” Classics status but have been around for a couple of decades were reviewed. One is Gillian Mears’ The mint lawn (1991) which was reviewed by Kate (booksaremyfavouriteandbest). She found it “demanding and unrelenting reading”. Mears is like that. Kate did like the characters, however, and admired Mears’ writing.

Another is Delia Falconer’s The service of clouds. First published in 1997, it was reviewed by author Kali Napier (GoodReads). She wrote that

Some books are difficult to describe, they have to be experienced. The Service of Clouds is one of these.

She’s right. It’s one of those’ “dreamy” books that is hard to forget – particularly given its Blue Mountains setting.

The shortlist for the Indie Book Awards – which are voted by independent booksellers from around Australia – was announced on January 15. In each of the three categories relevant here, two of the four shortlisted books were by women writers. How even-handed! Gratifyingly, all of these books have been reviewed for the Challenge, though not all this month. The shortlisted books by women are:

The winners will be announced on 26 March at the 2018 Leading Edge Books conference in Hobart.