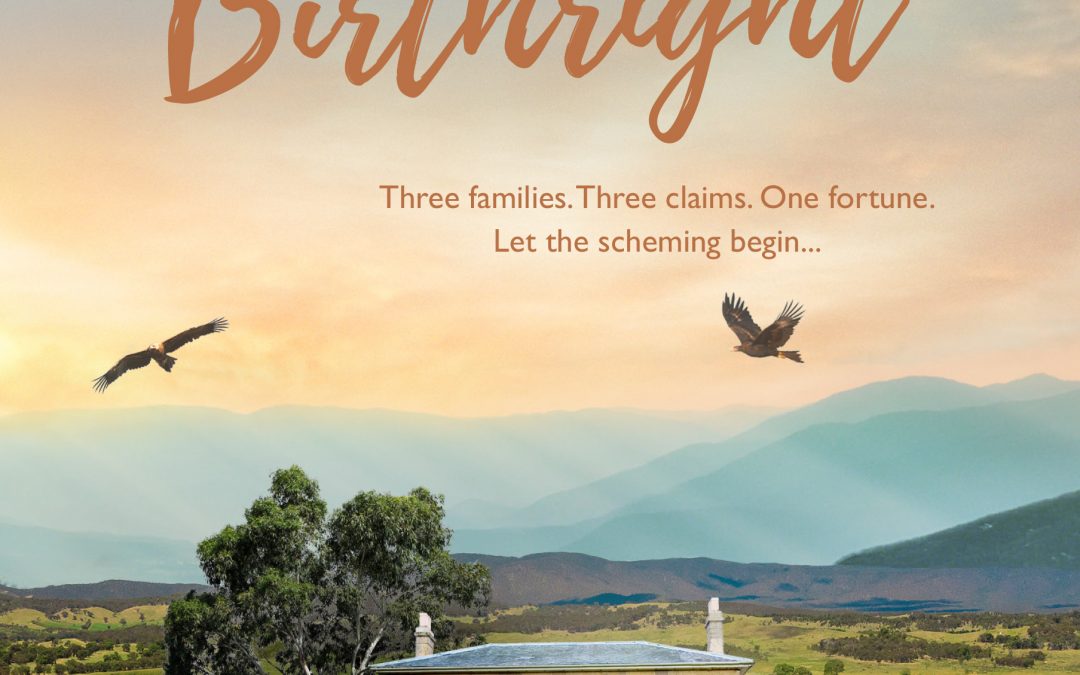 Today we give a warm Saturday Spotlight welcome to Fiona Lowe. This week Fiona published her 30th novel, Birthright. I started writing in 1995 after the birth of my first child. I was avoiding returning to full time work and I was deluded enough to think I could stay at home and write books. HAH! It took me four completed novels over a period of ten years before I sold my first book and yes, I did return to paid work during that time.

Birthright is my 30th novel. I have written 23 medical romances, six single title romances and in 2016 I took a new direction into general fiction.

How long on average does it take you to write a book?

That depends on the size of the book. The general fiction are 500 pages and take around 6-7 months. After that there is a month of structural edits and another month of copyedits and a couple of weeks for typesetting, so all up almost a year.

Oh, I had to have a think about this. As I started writing romance fiction, and the bulk of authors are women, my gender didn’t hinder me in becoming published. Being an Australian is a two-edged sword for the world market. Sometimes it has worked in my favour for international publication and sometimes it has worked against me.

In July this year, I will have been published for twelve years and over that time I have developed a relatively thick skin. Reading is very subjective so not everyone is going to enjoy your book and that’s okay. What I do find difficult is when people tell you your research is wrong. For example, someone told me there are no big historic mansions in the Western District and they knew this because they had lived there. Given there are many mansions and they are well documented by Heritage Victoria, and I have visited at least 6 of them, I was gobsmacked. But you have no redress so you do some deep breathing and let flow over you and move on. Focusing on the positives is vital.

When I start a book, I know what each of the main characters believes about themselves, what drives them and what their character arc is going to be. I am also intimate with the setting of the novel. However, I usually don’t have any idea of the scenes in the early part of the book, which makes starting very difficult. This also means the first half of the book is a slog as I am sowing seeds and setting up conflicts. As I write, I get to know my characters better and then I reach the halfway point and I’m clearer about future scenes and the situations I need to put my characters in to progress the story.

When did you discover the Australian Women Writer’s Challenge? Do you think the challenge has had any impact on the awareness and discoverability of Australian Women writers? Have you personally benefited in terms of exposure of your work to new readers?

I think it was a couple of years ago. I have to say, I’ve read more Australian female authors since discovering it and last year the bulk of my reading was Australian fiction, so thank you. Is an inheritance a privilege or a right?

Does it show love? Margaret, the matriarch of the wealthy Jamieson family, has always been as tight-fisted with the family money as she is with her affection. Her eldest daughter, Sarah, is successful in her own right as a wife, mother and part owner of a gourmet food empire. But it’s not enough to impress her mother. Always in the shadow cast by the golden glow of her younger brother, Sarah feels compelled to meet Margaret’s every demand to earn her love.

Does it give security? After a poverty-stricken childhood, Anita has claimed the social status she’s worked so hard to achieve by marrying Cameron Jamieson. Although they have a comfortable life, she’s never able to fully relax, fearing everything can change in a heartbeat.

Or does it mean freedom? Ellie, the youngest, has lived a nomadic and — according to her siblings — a selfish life, leaving them to care for their ageing mother. For her, freedom means staying far away from the strings attached to her inheritance, but she needs to consider her young son’s future as well.

As their mother’s health deteriorates, will long-held secrets and childhood rivalries smash this family into pieces?

An addictive and page-turning story of the relationships between siblings, and of deceit, betrayal and revenge.

Fiona Lowe has been a midwife, a sexual health counsellor and a family support worker; an ideal career for an author who writes novels about family and relationships. A recipient of the prestigious USA RITA® award and the Australian RuBY award, Fiona’s books are set in small country towns and feature real people facing tough choices and explore how family ties impact on their decisions.

When she’s not writing stories, she’s a distracted wife, mother of two ‘ginger’ sons, a volunteer in her community, guardian of 80 rose bushes, slave to a cat and is often found collapsed on the couch with wine. You can find her at her website, Facebook, Twitter @FionaLowe, Instagram and Goodreads. Birthright (HQ Fiction) is her current release.