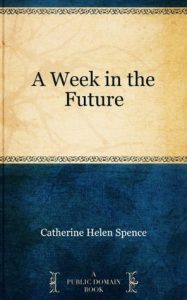 It is hard to believe that one-sixth of this year is already gone. Luckily, in spite of all the challenges and opportunities to be tackled everyday, our readers remain faithful in the reading and reviewing of books by Australian women writers.

In January and February our readers composed 136 reviews of 99 books by 89 authors. Among these books, five were published before 2000. To begin with, Kali Napier finds herself “taking notes at how [Thea Astley] was able to cover such ground and expanses of time” in her family saga It’s Raining in Mango (1987), which is set in Northern Queensland from the 1860s to the 1980s. Meanwhile, Calzean praises Catherine Helen Spence’s A Week in the Future (1987) as “a fascinating visionary book”, in which “a late 50-ish spinster [from 1897] is given a choice of two years to live or the chance to one final week in the future [London 1986]”. Three books were published in the 1990s – Gillian Mears’s The Mint Lawn (1991), Madeleine St John’s The Women in Black (1993), and Delia Falconer’s The Service of Clouds (1998). In particular, Kate @ Booksaremyfavouriteandbest finds The Mint Lawn , winner of the 1990 Vogel Literary Award, to be “intense and dense”. I find Kate’s observation below both informative and entertaining:

I got bogged down in heavy prose, the shifting timeline, and emotionally taxing characters… I did find [the book] demanding and unrelenting reading. There’s lots of references to burns, nipples and knobs. Lots about ants, eating sweets and ripening fruit. Lots of gauche music lesson memories. Lots of things were damp or moist – whether that be crotches, bathroom walls or old bedding. I’m sure I was supposed to infer some greater meaning in these repeated motifs but by the halfway point, I was feeling weary.

The thing that makes Moriarty so readable is her authenticity… Relationships are what keep her stories spinning round — sisters, brothers, parents and children are the focus of this story with all the steps, halves and ex’s that our modern society expects. Her characters love far more drama and self-imposed complications that I would be comfortable living with, but that’s part of the fun. Revelling in the foolishness and over the top behaviour of others is what makes Moriarty’s books just so darn enjoyable… Her books always have plenty of heart and soul and humour — Three Wishes is no different. Moving on to the 2010s, and once again I am drawn to how different readers may have considerably different feelings about the same book. Take Kate Forsyth’s Vasilisa the Wise and Other Tales of Brave Young Women (2017) as an example. Ashleigh Meikle – The Book Muse examines how reincarnations and retellings of fairy stories can “evoke the same magic of the tales they were inspired by, and keep the integrity of the original whilst giving it wings”. Meanwhile, Theresa Smith Writes enjoys stories that “present faeries as dark and otherworldly, rather than as sweetness and light”, while paying specific attention to the Lorena Carrington’s illustrations and the fascinating process in which they were created. In the words of Nadia King: “Forsyth’s characters fight the monsters and save their princes… I loved this book so much I have bought six copies to share with the girls in my life.”

Vanessa Carnevale’s The Memories That Make Us (2018) was also reviewed three times. Brenda describes it as “a poignant and moving story of how life can change in an instant. Of hope, friendship and love – of finding oneself when it seems there is no hope”. Meanwhile, Jenn J. Mcleod is simply happy that Carnevale did NOT get the writing advice that one should “never start a book with your character in a car, on a train, or on a plane, and definitely ‘forget’ amnesia stories”. Amanda @ Mrs B’s Book Reviews goes one step further, providing a detailed analysis on Carnevale’s focus on amnesia as a theme, her dedication to research, her successful characterisation, and her use of flowers and letters to advance the storyline. No spoilers here:

I was not expecting a certain plot twist and when it hit me, I have to admit I stopped and sat astounded for a few minutes, while I gathered my thoughts on just what happened. I had absolutely no idea this excellent plot twist was going to happen and all I can say now on the matter is, wow! After this plot twist and the final conclusion of events, I have to say Carnevale’s writing has clearly stepped up a notch in my eyes. Finally, some other books that were popular in January and February: Lily Malone’s Water Under the Bridge (2018) was reviewed three times, Candice Fox’s Redemption Point (2018) three times, Kim Lock’s The Three of Us three times, Kelly Rimmer’s Before I Let You Go (2018) three times, Tea Cooper’s The Natualist’s Daughter (2017) four times, Eleanor Limprecht’s The Passengers five times, and, amazingly, Louise Allen’s The Sister’s Song (2018) eight times! If you, too, enjoy these titles, then why not check out some of these reviews and discover what other readers think and feel about them? Simply go to our public “Books Reviewed” page (filtered for the genres and dates covered) and input the title.