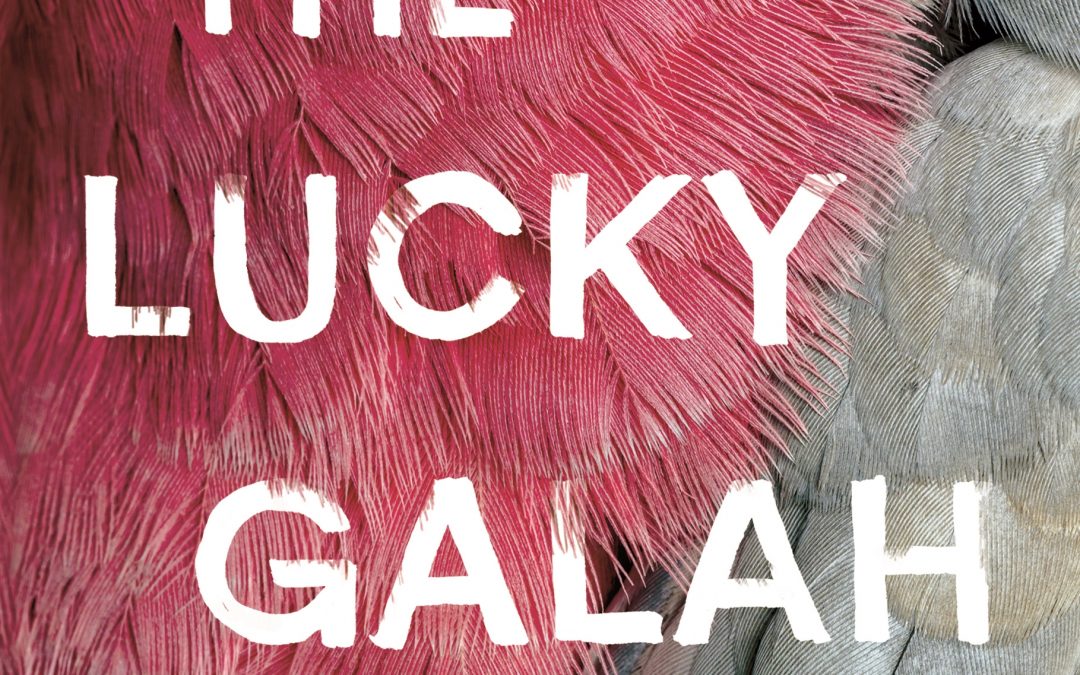 Welcome to Sunday Spotlight. Our guest today is Tracy Sorensen, author of the delightfully unique novel, The Lucky Galah.

1.     Is there a special galah in your life that inspired the character of Lucky?

6.     The north coast of Western Australia was brought to vivid life within The Lucky Galah. Are you a north coast WA girl at heart?

Oh my goodness yes. At heart and soul. I have no other heart, no other soul. I live here in the central west of New South Wales with my partner, which is great, but I feel like I’m in exile from my true home. I only feel truly at home when I get back to the north west of Western Australia. I need that red earth, that twisted grey acacia wood lying on the ground, the sound of the chiming wedge bills, the smell of rolls of seaweed on the beach. Fortunately I’m able to get back there every few years to lap it all up.
7.     Are there any particular childhood memories of yours that made it into The Lucky Galah?
Oh yes. In general I have been careful to fictionalise but some things are just too good not to steal in their entirety. My Dad and his mates really did hatch a scheme, in the pub, to water ski from Useless Loop across Shark Bay. Shark Bay has that name for a reason: it is full of sharks. So they decided to get the local shooters to help by riding along in an accompanying speedboat to shoot any sharks they saw. We all got to Useless Loop (yes, this is the real name), car loads of people and kids, but the weather was bad so it was called off. I have a suspicion that Dad may have been secretly relieved. For some reason we got to fly back to town in a light aircraft. This was my first experience of flight, and the view down at the bay and the salt pans and samphire flats below was extraordinary.
Then there’s the day of the Moon Landing. I wasn’t there myself because Mum sent me to school (I was five and in Grade One), but my little sister got to go with Mum down to the Memorial Theatre to watch the moon walk. It was shown on a household television set on the stage, rigged up by Overseas Telecommunications Commission technicians just for the event, because there was not yet a regular television service in Carnarvon. At the back of the hall there were shooters using their rifle sights to get a better view.
Other memories are more general, not so much specific incidents. My mother was a dressmaker and later a curtain contractor all through my childhood. We had ladies come to the house – ladies with more money and social status than us – for fittings. Mum would be on her knees, circling around their feet, getting the hems level.

8.     Do you have plans to write more novels or, as a film maker and writer of other mediums, are you creatively moving in a different direction now that your debut has been finished and published?

Well, what is the honest answer to this question? To be honest my life was suddenly thrown up in the air when I was diagnosed with Stage 3C ovarian cancer in 2014. I immediately regretted not finishing my novel, so once treatment ended, I finished it and here we are. I feel I got this incredible repreive; I got to tick off a life goal at what seemed the very last minute. But I’ve been extraordinarily lucky (there’s that word!) and find myself in long-lasting remission. I may even have been cured. So having thought that I was finishing something before heading for the grave, I find myself with my health and writing hands intact. What will I do with these things? I have a lot of ideas for fiction and non-fiction writing and also for documentary film. Once the dust settles after the publication of Lucky, I’ll zero in on something and go for it.

The Lucky Galah was published on February 27th by Pan Macmillan Australia. A magnificent novel about fate, Australia and what it means to be human… it just happens to be narrated by a galah called Lucky.

It’s 1969 and a remote coastal town in Western Australia is poised to play a pivotal part in the moon landing. Perched on the red dunes of its outskirts looms the great Dish: a relay for messages between Apollo 11 and Houston, Texas.

Radar technician Evan Johnson and his colleagues stare, transfixed, at the moving images on the console -although his glossy young wife, Linda, seems distracted. Meanwhile the people of Port Badminton have gathered to watch Armstrong’s small step on a single television sitting centre stage in the old theatre. The Kelly family, a crop of redheads, sit in rare silence. Roo shooters at the back of the hall squint through their rifles to see the tiny screen.

I’m in my cage on the Kelly’s back verandah. I sit here, unheard, underestimated, biscuit crumbs on my beak. But fate is a curious thing. For just as Evan Johnson’s story is about to end (and perhaps with a giant leap), my story prepares to take flight…

Tracy Sorensen is a writer, filmmaker and academic. She was born in Brisbane, grew up in Carnarvon on the north coast of Western Australia and lived in and around Newtown, Sydney, for about 15 years. She now lives in Bathurst with her partner Steve and a black Labrador (Bertie). The Lucky Galah is her first novel.