History Memoir and Biography: March 2018 Round Up 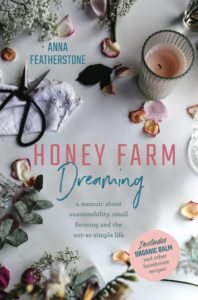 After a quiet February, there was more activity in the History Memoir and Biography category this month, with 22 reviews of 19 books during March. Interestingly, they were either memoir or biography, with no history books reviewed at all. However, biography certainly had its moment in the sun with the announcement that the 2018 Stella Prize has been awarded to Alexis Wright’s multiple-voice biography Tracker, the first time the prize has been awarded to a biography. So far, there has only been one review of Tracker:  Nancy’s negative review of the book, which she found unable to finish. It will be interesting to see how other readers respond to the book, so I’ll wait for a few more responses before including it in the roundup. Sarah Krasnostein’s The Trauma Cleaner garnered another two reviews during March, Bernadette Brennan’s A Writing Life:Helen Garner and her Work received another review, as did Paula Keogh’s The Green Bell. Rosie Waterland’s The Anti-Cool Girl also received another review, but this time our reviewer, Angharad at Tinted Edges listened to it as a podcast called “Mum Says My Memoir is a Lie“. In this podcast, Waterland reads a chapter of her book in each episode, and then discusses it with her mother, who challenges her daughter’s narrative. Angharad writes:

This is a powerful, hilarious and insightful book that is given a whole new layer of depth through this unconventional storytelling platform. I think the book is good, but the podcast is excellent and it is a very rare opportunity to listen to frank conversations between an author and her subject-matter: her mum (review here)

And now, on to some books that are new to the Challenge! As it happens, this month there were three memoirs that I’ve loosely categorized as ‘farm’ memoirs. Jemimah at Oddfeather blog reviewed Anna Featherstone’s Honey Farm Dreaming, which bills itself as a memoir about “sustainability, small farming and the not-so-simple life”. Jemimah writes:

It’s clear that this work is a series of snapshots over the ten years that Anna and Andrew run the farm, the ordinary and extraordinary blended seamlessly to reveal that they can be one and the same. Featherstone writes with a light touch, giving impressions, feelings, and reflections on the moments she’s chosen to share, while her descriptions of the people, animals, and landscape give the work a strong grounding in the physical world. She also uses alliteration, puns, and onomatopoeia to excellent effect, both as a tool for humour and as a device to strengthen her voice and presence throughout the work….I came away from this book with the feeling that I’d be on holiday in someone else’s life, and that is the purpose of a good memoir (review here.) From the depression, to the war, political change and sexual revolution, this is a fascinating personal tale….Readers will find The Country Wife a very accessible memoir. It is honest, readable, detailed and absorbing. I appreciated the cross references to key moments in history, as the book travelled through the full years of Anne Gorman’s life. It grounds this novel very well indeed. Above all, I loved the insight into simply becoming a country wife. I even wanted more from these sections! (review here) Finally, Jenny Old’s memoir, McAllister, commencing in 1969 and covering 18 years, tells of life at a remote cattle station in the Gulf Country, Queensland. A review at Terranova Books suggests:

If you enjoy first-hand accounts of life in the outback, you will love this book. Jenny Old’s writing style is warm and familiar; the tone is reminiscent of long, juicy letters from a dear friend in the days before computers. One word that best sums up this book is authentic (review here) Cynthia Banham was a journalist on assignment in Indonesia who suffered horrific burn injuries when the plane in which she was travelling crashed in 2007. She eventually returned home from hospital and rehabilitation to a life changed for ever. Ten years later, in writing her memoir A Certain Light, she writes about the crash, but also about her own family’s past as the ultimate guide to her future. Although finding memoirs difficult to read and review,  Amanda@Mrs B’s Book Reviews writes:

I warmed to this memoir very early on. The prologue was able to draw me into Cynthia’s story with ease. Cynthia has chosen to finally share her moving story, ten years on after the event that turned her life upside down….Coinciding with Cynthia’s recollections of her life before the plane crash, the crash itself and her life afterwards, is a detailed family history. Unable to put pen to paper for many years after the crash, sifting through her own Grandfather’s past gave Cynthia the impetus to finally compile her own story. In doing so, the story that emerges from A Certain Light is a convergence of a survival story and a detailed family history, all in one (review here) Sonya Voumard’s memoir Skin in the Game: The Pleasure and Pain of Telling True Stories is a series of essays that combine both professional reflections on journalism and personal memoir.  It received two reviews during March. Ashleigh at The Book Muse describes it as

An intriguing read about the ethics and inner workings of journalism, and the challenges these present, coupled with family stories that all link together to tell Sonya’s story (review here)

Voumard has turned her highly experienced investigative lens onto her own writing career, interrogating her successes, failings and changing motivations….  But what I found most thought-provoking was the way she has shared her very earnest and detailed discussions with fellow journalists about writers’ ethical responsibilities….But the latter half which focussed on her childhood, life outside work and her family history, although still very interesting, for me just lacked that same spark, that same intensity…. Each chapter was well crafted, but as a collection they felt a little disjointed (review here) What a diverse range of other memoirs we read during March!

Alex Daw read Eddie Ayres’ memoir Danger Music where Eddie (formerly Emma Ayres, announcer on ABC ClassicFM) contemplated her reincarnation through transition from woman to man while teaching music in Kabul, one of the world’s most hostile environments. Alex writes:

If you want to escape from your world for a bit and really experience life from another point of view, this is the book for you. Wonderful on so many levels, the language and ideas delight, confound and confront (review here)

A performer of a different kind is the wonderful comedienne Kitty Flanagan, whose book Bridge Burning and other Hobbies, seemed to reviewer Rebecca Bowyer to be “stand-up routine in print – and every bit as funny.” In her review, Rebecca observes:

…Bridge Burning & other hobbies is not an autobiography. It’s not even really a memoir. It’s a collection of stories from Kitty’s life that has the sort of loose narrative arc you’d expect in a comedy show (review here) Jennifer Cameron-Smith read former-politician Jackie Lambie’s memoir  Rebel With a Cause. She notes Lambie’s fighting character over specific causes like ice addiction and veteran issues, but finds it difficult to see a broader political role for her. Jennifer writes:

If you are interested in learning more about Jacquie Lambie and her story, I recommend this book. If you are primarily interested in her politics, you may need to look elsewhere (review here)

Emily at A Keyboard and an Open Mind listened to Geena Leigh’s memoir of her involvement in drugs, alcohol and prostitution, Call Me Sasha, as an audio book. She observed that

while the bare bones (and some of the muscle and sinews) were definitely there for this book, the writing sometimes felt a bit chunky. To be honest, it felt a little immature, like it had been written by someone much younger (review here) A difficult life of another kind is explored in Lenuta Hellen Nadolu’s memoir Give Me Courage. Born in Communist Romania, she marries a man from Ghana in order to escape her authoritarian father, only to find that he holds similar attitudes. Calzean writes:

The author has lead an incredible life of a difficult childhood, difficult marriage, immense social and cultural challenges, persecution, asylum, racism, hard work, spirituality and eventual safety….Her journey to eventual asylum in Australia is a tale of resilience and total focus to achieve a life of independence and opportunity for herself and children. A woman to be inspired by (review here)

The theme of journalists’ lives carries through into some of the biographies reviewed during March. Janine Rizzetti at Resident Judge of Port Phillip focussed on journalist, author and social campaigner Catherine Helen Spence through both biographical and autobiographical publications. Susan Magarey’s biography Unbridling the Tongues of Women takes a thematic approach to Spence’s long and varied life, while Ever Yours, edited by Magarey and Wall presents Spence’s autobiography, diary and letters. Janine writes:

Taken together, they build up a vivid picture of the transnational networks that Spence developed and drew upon, confounding our picture of a little old lady in black dress and lace cap (reviews here and here) I have read other books on the atrocities of Auschwitz which were more graphically horrendous but instead of dwelling on the horror of Auschwitz, Lale’s story concentrates on what it was like to be a prisoner working for the Germans and to do whatever it took to survive while somehow maintaining his humanity….This is a wonderful story; definitely worth telling and compelling to read (review here)