History, Memoir and Biography Round Up: April 2018 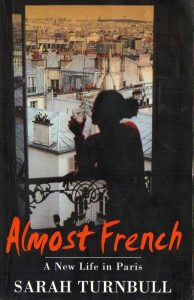 There were ten reviews this month, four of which dealt with books that I’ve featured in previous round-ups. When I write these round-ups, I’ve adopted the practice of only pointing towards books that haven’t been reviewed previously. But I often find myself wanting to tug you by the arm and say “But look over here-  these were reviewed this month again!”  (and often, reviewed multiple times). This is true of Maxine Beneba Clarke’s The Hate Race, which with a new review this month has now garnered a hefty seventeen reviews, and a new review of  Sarah Krasnostein’s The Trauma Cleaner, which has been reviewed nine times. There was a new review of Paula Keogh’s The Green Bell (3 reviews in total) and a second review of  Ali Coby Eckermann’s Too Afraid to Cry.  We’re often drawn to the new because it’s new, and books seem to turn over so quickly. But I don’t want to forget those books – not yet classics, but certainly part of the conversation-  that continue to attract readers long after the media hype has moved on. Sarah Turnbull’s Almost French  was written in 2002, a forerunner to other ‘French’ travel memoirs that have become popular in the last decade. Jemima-Oddfeather revisited it in her review:

I read this book when I was in my early teens and it opened me up to the possibilities of life in other places, of navigating cultural differences, and living the life of an adventurous, independent spirit. Turnbull is a young Australian journalist travelling through Europe when she meets a charming Frenchman, Frederic, whom she agrees to stay with for a week in Paris. This is the visit that sparks her full and complete seduction by the city of Paris, and place she still lives in…..Turnbull’s style is fun and very readable. Her anecdotes are fascinating and hilarious…Her observations on the problem of belonging to two places are poignant and moving, and this is a book I will happily re-read some day (review here). There are women that we should know about, but often don’t. Elizabeth Macarthur – pastoralist, businesswoman and matriarch –  is one such woman, whose reputation has been largely overshadowed by that of her husband John Macarthur, the ‘father of the wool industry’.  Michelle Scott Tucker’s Elizabeth Macarthur: A Life at the Edge of the World (2018) fills this gap. In his review, Bill Holloway writes:

This is an assured account of the life of a woman whose name we all know, but who has always – till now – lived in the shadow of her husband John……Elizabeth’s story is often told in Elizabeth’s own words, using short excerpts from her letters, giving an immediacy to the writing that makes the biography flow like a novel without resort to passages of imagination, so-called ‘faction’. And we end up with not just Elizabeth’s story but a whole new perspective on the early years of the colony (review here). Susan Mason is a woman who would probably have remained in the shadows, without the labours of family history. In her self-published biography, Susan: Convict’s daughter, Soldier’s Wife, Nobody’s Fool (2017) family historian Stella Budrikis traces the life of her  great great grandmother in Australia and the British Isles. In her review, Brenda writes:

Susan was born in Australia in 1848 to Irish parents who had travelled to the colonies, originally settling in Sydney then moving to Adelaide in South Australia. When Susan married David Mason, he was a member of the British army, and they eventually moved back to the British Isles….Susan’s story is interesting; it has obviously been researched well – but it’s a little like a history lesson. Nevertheless, those interested in Australian history, and that of our British cousins are sure to enjoy this look into the harsh and brutal life of one family in the mid 1800s to early 1900s (review here).

By chance, two of the biographies reviewed this month were about women botanists – one a natural historian, the other a garden designer. Anne Jenner reviewed Danielle Clode’s The Wasp and the Orchid (2018), a biography of natural historian Edith Coleman. Clode encountered Coleman’s remarkable contributions to orchid pollination and Australian natural history when she was herself a graduate student decades ago. In her review of the book, Anne observes:

while the author was able to unearth much of Edith Coleman’s scientific and nature writing, there is a dearth of information about Edith the woman. …However the author has used this deficiency to her advantage and devised a way to tell the story that not only pays tribute to the achievements of Edith Coleman but enhances its appeal to the reader.  She has integrated her own “I” into the narrative by including herself as secondary subject.  Her own journey as a writer, researcher, scientist and woman frames the chronicle of Edith’s and adds a perspective that compensates for the lack of anything comparable about her primary subject. To achieve this, each chapter of the book has a tripartite structure, beginning with a fictionalised anecdote, followed by a factual account (part biography, part autobiography and part commentary), followed by an extract of Edith Coleman’s writing (review here) In writing her biography of landscape gardener The Unusual Life of Edna Walling (2005), Sara Hardy also found gaps in the documentary record that made it difficult to capture the nature of Walling’s relationships with friends, business associates and live-in companions on the basis of documentary sources. In her review, Janine Rizzetti notes that although  “an Edna Wallace Garden” is a real estate feature in its own right,

[t]his book, however, is only tangentially about gardens.  Instead, it is about landscape architect Edna Walling herself, through the houses and places she made for herself….While [the author] does not go beyond the evidence available to her, she does break into present-tense imaginings that embroider and bring to life some of the events she describes.These imaginings are well sign-posted as conjecture, and as a reader I’m inclined to trust her renderings, given the rigour with which she supports her work otherwise (review here).