YA Round Up: Issue 5 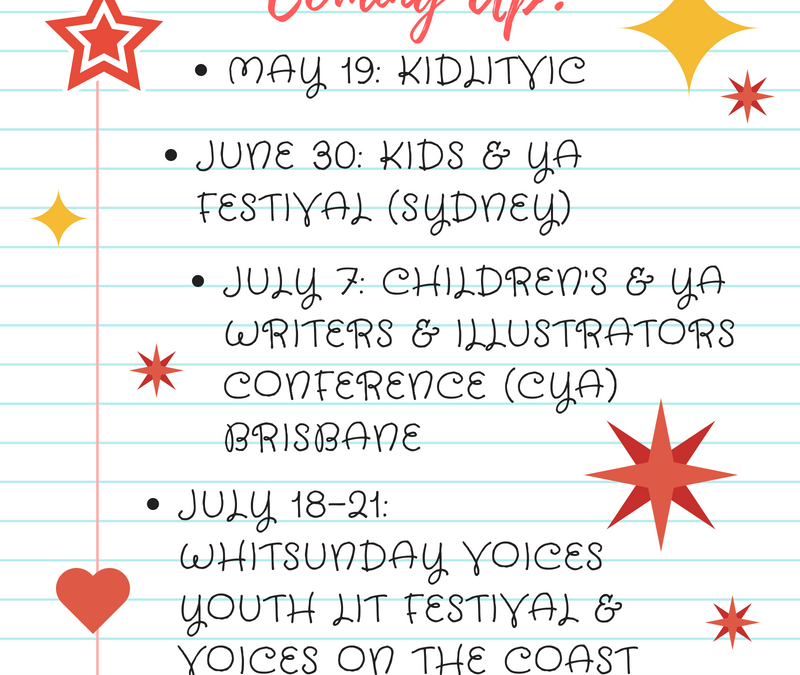 In recent weeks, across the country, a number of literary festivals have taken place showcasing young adult (YA) fiction (Clunes Booktown Festival, Scribbler’s Festival, and Love YA). Although the year seems to be flying by, there are still many more festivals to enjoy and opportunities for readers to meet their favourite young adult authors.

The most reviewed YA title since issue 4, is The Beast’s Heart by Leife Shallcross, a richly magical retelling of the Beauty and the Beast fairy tale. Ashleigh from The Book Muse had this to say:

Where many retellings of this tale focus on the perspective of the Beauty – the girl who will break the spell, told in first or third person with this focus, Leife Shallcross’s debut novel takes the traditional fairy tale, and gives it new life, writing it from the perspective of the Beast, and how he deals with his situation and the beautiful girl – named Isabeau in this story – living in his house…It was an exquisitely and enchantingly written story, where lessons must be learned by all, and where forgiveness becomes a large part of the plot – forgiveness of self, forgiveness of family and forgiveness of those who appear to have done the wrong thing.

From fairy tale to classic novel, Brenda reviewed A Little Bush Maid by Mary Grant Bruce. The story is a timely Australian classic (originally published in 1910).

Set in the vast bushland of country Victoria, the story of Norah and her brother is reminiscent of country children Australia wide. I know I enjoyed the same kind of days when we lived on my Grandmother’s farm when I was young, along with my siblings and our friends and cousins. There was always fun to be had – we made our own and we always slept well after the activities of the day. Yes, A Little Bush Maid is dated – but it’s well worth the read in my opinion. Highly recommended.

For sci-fi fans, Cally Black’s award-winning YA debut In the Dark Spaces was reviewed by Elizabeth Fitzgerald. A little about In the Dark Spaces from Cally Black‘s website: My first YA novel, a SF thriller, IN THE DARK SPACES, is about a girl living on the fringes of one society, who is kidnapped and forced to learn to survive in a completely alien society. She’ll need to find her voice, her power, and her young cousin, before both societies tear each other apart.

…this is a very dark story that readers should approach with caution. It deals with massacres, torture, trauma and assisted suicide. Grief is a strong theme and had me crying buckets along the way. However, a thread of kindness runs throughout the story. Tamara is a character who feels deeply. She makes attachments quickly and hangs on to them with all her might. For most of the book, she reaches out to connect with others wherever she can. Later, when she is withdrawn, she has good reason, and it serves to highlight where others reach out to her. It’s a story that holds that there are moments of beauty even in dark times.

Rochelle reviewed The Shadow by Marianne Curley, book four in the Guardians of Time series:

There is so much I want to say about this book, but I can’t because of spoilers! What I can say is that this is my favourite Guardians of Time book and I am so glad Marianne decided to self-publish it. In The Shadow we pick up a week after the events that ended book 3 so this isn’t a book you can read without reading the others…Fans of this series will definitely want to get their hands on a copy…The Shadow was the much-needed ending to this series… If you haven’t read this series and you like time travel, romance, good vs evil, and people with powers, you should start this series ASAP.

Moving to a story about migrant refugees, Isobel Blackthorn reviewed Wanderers No More by Michelle Saftich:

Stories of migrant refugees form an important part of the fabric of Australian, and indeed global society, as many many millions of us have been or are refugees, refugees of war, oppression, famine or environmental catastrophe. Port of No Return describes how a small group of families from northern Italy become refugees in World War II, and in Wanderers No More, Saftich portrays the everyday life for these families from the moment they set foot in Australia. The novels fall into the genre of family history memoir, as they are based on true events and real people. Wanderers No More is an endearing coming of age story sure to put a smile on every reader’s face.

Cass Moriarty reviewed Untidy Towns by Kate O’Donnell. Untidy Towns is a coming-of-age novel. Seventeen-year-old, Adelaide is sick of being expected to succeed, and she knows that once she’s finished school, she’ll be free. Cass found the voice of the young protagonist, Addie to be ‘bright, witty and quirky, she immediately draws the reader into her interior world and we feel like one of her mates.’

I love the humour in this book, and I particularly love Addie’s distinctive voice. While the obstacles she faces are universal, her decisions – and the way things work out – are definitely not predictable. She is quite a character, and we feel like we are travelling with her on her journey of discovery. Like all good YA novels, this story is just as relatable to adults; we were all once teenagers, and this story submerges us back into that time as if it was yesterday.

An older release, Cooper Bartholomew Is Dead by Rebecca James was reviewed by Carolyn:

When Cooper Bartholomew is found dead at the bottom of a cliff, everyone assumes he committed suicide even though he was a young man with a blossoming career to look forward to, in love with a wonderful girl and full of plans for their future life together. In this sad, and moving story Rebecca James takes us through the events that led up to Cooper’s death and its aftermath as seen through the eyes of his family and friends. Some of them are hiding secrets and there will be surprising revelations as well as guilt, grief and possibly redemption before the whole truth of why Cooper is dead is unravelled. An excellent read for young adults and those who enjoy a well told story.

P is for Pearl by Eliza Henry-Jones was reviewed by Jennifer Cameron-Smith:

This is a beautifully written novel which explores the meaning of friendship, the impact of mental illness, as well as different configurations of family and grief. None of these issues are trivialised or glossed over. The characters came alive for me, especially Evie with her wicked sense of humour, Loretta and her dislike of sport, and Tyrone. It’s not just the story Ms Henry Jones tells, it’s the characters she peoples it with and the way in which she tells it.

I reviewed a couple of YA titles this month. The first, Esme’s Wish by Elizabeth Foster:

Esme’s Wish is the first in a fantasy trilogy for readers 10+. The story is centred around fifteen-year-old Esme’s search for her missing mother, Ariane. Everyone but Esme has given up on finding Ariane who went missing at sea. Seven years on, Esme’s Dad has decided to remarry a horrid woman called Penelope. While her dad and Penelope are honeymooning, Esme makes a last ditch to find her mother and gets more than she bargained for when she disappears into a rock pool and discovers it’s a portal into another world. Foster’s magical world under the sea is reminiscent of Venice. World-building is where Foster excels. The island of Esperance comes alive with vivid and lush details. All the hallmarks of great fantasy are included in Esme’s Wish: magical powers, sorcery, enchantment, fantastical creatures, supernatural beings; wonderful world-building; a cast of well-developed characters; a power structure of government; and compelling conflict. Themes of friendship, resilience, and resourcefulness abound. Esme’s Wish is guaranteed to charm and captivate readers of all ages.

Seventeen-year-old, Tash Carmody lives in a small town on the New South Wales coast. Nine years prior, at the age of eight, Tash witnessed the abduction of her friend’s little sister. The catch is that the abductor was Tash’s imaginary friend, Sparrow. Nine years on and Tash starts to again be haunted by Sparrow. Readers, along with Tash, question her mental health and are left wondering how dangerous Tash can be to her friends and to herself. Tash has compelling and believable conflicts with her friends, parents (particularly her awful mother), therapist, and even her own mind. Small Spaces is a thoroughly compelling and unpredictable read. It is well-structured with a perfect sprinkling of red herrings. When I wasn’t worried about Tash being a totally creepy sociopath, I enjoyed her character. Equally so, was my intense dislike of Tash’s terribly selfish and loathsome mother. I can’t wait to see what Epstein writes next.

If you enjoy reading YA fiction by Australian women writers, please consider writing a short review (reviews can just be a few lines) and linking your review to the Australian Women Writers Challenge blog. Sharing our love of books is an easy and positive course of action. Happy reading!