Crime Fiction and True Crime: Round Up Three 2018 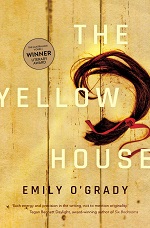 This year is just flying by and even after setting a reminder to start my crime round up early I find myself racing against the deadline. I haven’t had nearly enough time to read the books on my shelf let alone reviews of all the fantastic Aussie Women crime writers out there so let’s take a wander through the reviews over the last couple of months.

Since my last round up there have been 45 new reviews of 34 books by 31 authors. That gives us a similar review number but a wider diversity with more books, and more authors. Which leaves more potential for damage to my towering TBR that seems to be growing faster than it’s shrinking.

I’m unbelievably scattered and not even sure where to start so let’s have a quick look at the OLDEST books to be reviewed this round-up, because we have a couple of pre-2010 books which was a little bit of a surprise but nothing from last century.

Written on the Skin by Liz Porter is a True Crime title piublished in 2007 and reviewed by Kate @ Booksaremyfavouriteandbest and she says “Porter gives clear summaries of the science behind particular aspects of forensic investigation and the roles of the various people involved – for example, I never knew that a forensic entomologist was a specific job.“

The Yellow House is our most reviewed title of the round-up with FIVE separate reviews.(Actually I was tricked, there are three separate reviews and an interview) This is a book that is a very new release, published April 24th and winner of the prestigious 2018 The Australian/Vogel’s Literary Award.

Ashleigh Meikle says: Emily O’Grady’s novel is an intriguing look at human nature and how assumptions about family and who you are related to can colour what people think of you – and what happens when these secrets come out – and how far some people are willing to go to hurt people and cover it up. Theresa Smith Writes reviewed the novel as well as posting an interview with author Emily O’Grady, and her review states: The Yellow House is highly accessible literary fiction, perfect for fans of Little Gods and The Choke. The child narration hits a perfect note and balances the horror and evil that is present within the story. In examining the legacy of violence and crime within a family, it challenges the reader to examine their own conscience and perceptions about how far reaching guilt exactly is. Where does the line of guilt end? When does judgement stop? I’m still thinking about this novel and expect to be for some time.

Into the Night by Sarah Bailey is another new release that garnered a bit of attention with 3 reviews, I have it on my tottering pile clamouring for attention. It was released May 23 and is a satisfying follow-up to The Dark Lake by the accounts I’ve seen.

Marianne had this to say: Once again, Bailey offers fast-paced crime fiction with a realistic plot that twists and turns to keep the reader guessing and the pages turning. While one case is solved almost accidentally, some good detective work in their most challenging case uncovers both clues and red herrings that eventually lead to a heart-stopping climax. Theresa Smith Writes says: I was a big fan of The Dark Lake, it was a top read for me last year and I am thrilled to discover that Into the Night more than lives up to its predecessor. Dark, gritty, teeming with atmosphere, Into the Night is police procedural crime fiction at its very best.

We are still seeing reviews logged for some popular newish releases in Fool’s Gold, Mine, Redemption Point, See What I Have Done, The Portrait of Molly Dean as well as both Jane Harper books.

There’s a couple of debut novels and a few that belong to a series. The list is long, and my eyelids are longer at the moment.

For now I’m going to sign off and make a note to be a little better organised next round-up, but we’ll see.

Into the Night and The Yellow House are definitely books I want to sink my teeth into and hopefully one day I will find the time.