May 2018 Round-up: Classics and Literary 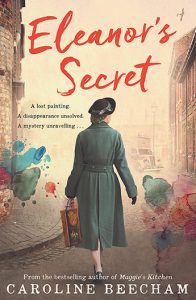 Hats off to all you challenge participants for keeping up your reviewing of Aussie women writers this year. Last year was a great one for the Classics and Literary area, and this year is proving to be the same. I love seeing all the reviews come through, and the support it shows to our writers.

May is a big month in Australia’s literary world, because it is the month that the longlist for the Miles Franklin Literary Award is announced. I’ll discuss that below.

In April we saw a 20% increase in the number of reviews posted in March, and in May, the numbers increased again by 13%, with 70 reviews posted. Way to go, folks. Here are the highlights:

Two of this month’s reviews were for classics – Mary Grant Bruce’s A little bush maid and a regular here, Joan Lindsay’s Picnic at Hanging Rock.

Brenda’s GoodReads review of A little bush maid is the second we’ve had for this book in the challenge. For those of us born before the explosion in children’s literature in Australia from the 1970s on, Mary Grant Bruce’s Billabong books, of which this is the first, were among our go-to reads. They are dated by today’s standards, reflecting some values we don’t accept now, but, as Brenda says, the book is “a timeless classic” and “well worth the read.”

As for Picnic at Hanging Rock, I did love Anna’s honesty about her preferences:

I prefer mysteries to be resolved, and I knew when I started reading this that the central mystery wouldn’t be. But really this isn’t about the mystery so much as a study in human nature, as it explores the aftermath of the disappearances and how it affects those left behind.

She liked it a lot though because it is “superbly written.”

Historical fiction always features well in my Literary category. Sometimes it is tricky to determine what makes an historical fiction work “literary”. The lines are blurred, really, and mostly I accept participants’ decisions – doing some tweaking when some participants identify a book as literary while others don’t.

The most obvious “literary” examples of historical fiction are the genre-benders, that is, those which clearly break the historical fiction formula. There are several examples this month. One of the most common types of genre-bending involves paralleling two storylines – one historical, one contemporary. This is the case, for example, with Natasha Lester’s latest book, The Paris seamstress. It’s been garnering a lot of positive reviews from our participants. Reviewer Helen (GoodReads) loved it, writing

here is an author that you don’t want to miss, this is just so beautifully written, moving, emotional I loved it, a story across two timelines World War II 1940’s and 2015, fabulous characters that show love, strength and what they go through, secrets to uncover and love to find.

A similar dual narrative is used by Kirsty Manning in her second novel The jade lily which is also finding enthusiastic followers among our readers. It too parallels World War II with a present time. Cloggie Downunder (Goodreads) says

Manning tells her story using a split narrative: Romy’s story begins with her family’s escape from Vienna; Alexandra’s narrative is set in 2016. These are supplemented with letters and diary entries. Manning’s characters are multi-faceted and, mostly, appealing, although sometimes their behavior is disappointing or puzzling.

Another common genre-bending practice we see in historical fiction is its combination with speculative fiction. Jane Rawson’s Miles Franklin-longlisted From the wreck is one of these. One such reviewed this month, albeit quite different to Rawson’s book, is Liefe Shallcross’ The beast’s heart. Reviewed by challenge volunteer Theresa Smith, it is a retelling of the Beauty and the Beast fairytale from the Beast’s point of view. Theresa liked the concept, and described it as “a nice story with some great moments of emotional connection between Isabeau and the beast”, but she found it a little too long with not enough emotional intensity. She – and the rest of us – would love to hear what other readers think.

Awards News, or, this month, the Miles Franklin longlist

This year – it does vary – 11 books were longlisted for the Miles Franklin Literary Award, and, unlike recent years, all are by established authors. Six are by women writers, and are listed here, with their number of reviews posted here as at the time of posting:

Well, if it were a popularity contest, we can see who our participants would vote for! I’m thrilled to see that every longlisted book has been reviewed. Thank you all for reading these books – and for sharing your reviews with the Challenge. If I may just push the friendship a bit, can I say that it would be good to see more reviews for Felicity Castagna’s No more boats. Anyone interested?

Anyhow, it’s a varied collection of books, demonstrating the health and energy of Australian women’s writing at present. Some deal with political issues such as asylum seekers, climate change, domestic violence and indigenous-non-indigneous relations in Australia. Some are genre-genders. And some are by previous winners of literary awards. One, Eva Hornung’s The last garden has already won an award this year, the Adelaide Festival Award.