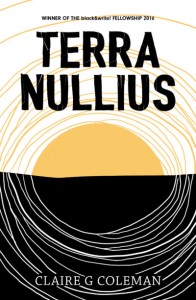 Hello everyone, it has been a while. I had to miss April’s round-up due to my adventure to Morocco and work getting in the way, but there are some great books to look at for this April/May round-up. I also managed to finally read Terra Nullius by Claire G Coleman, which I have been wanting to get to since featuring it in January. Click here for My Review.I found it to be an engrossing read once I got into it and I also understand why no one wants to give too much away in their reviews because halfway through the book, what you think you are reading turns into something very different. Kim at Reading Matters wasn’t as keen on the story as I was but thought it was “a powerful book and an important one.”  Whispering Gums also read Terra Nullius as part of her book club, apparently there were mixed feelings among the group and she has written an in depth review, but I will warn you that her review does contain what I consider spoilers. I’d love to hear your feedback if you have read this.

In the Dark Spaces sounds like it could be a very interesting, though quite a dark young adult read. “It is a YA sci-fi horror that has received some critical acclaim in Australia, winning the Ampersand Prize for unpublished manuscripts in 2015 and, more recently, the Aurealis Award for Best Young Adult Novel. It explores some big issues, such as the myth of Terra Nullius and the flaws of capitalism, in a way that’s

accessible for younger readers”. Elizabeth from The Skiffy and Phanty Show has written a great review of this book. She says “In the Dark Spaces is a beautifully poignant story, well deserving of its accolades.” She also makes it clear that “this is a very dark story that readers should approach with caution.” I am going to add this to my TBR list also as I like books that help open my mind.

N@ncy reviewed Closing Down by Sally Abbott. It is a story about the death of rural Australia and she describes it as a “bleak look into a dystopian future that may become a reality.” It sounds like a story to make us think about where this country is going and the impressions our politicians are giving us about climate control and global warming.

The next book, Heart of Brass,

is in the genre of Steampunk. I haven’t read much of this myself, but Angharad from Tinted Edges has given it a great write up so I’ll be adding this to my ever growing TBR list. She says, “It’s a very fast-paced book full of action and intrigue. A fun story with an especially fun choose your own adventure bonus at the end. Banks’ novel is a fresh look at Australia’s history and blows apart some of the dark areas of our past with explosions, metal and lots and lots of steam.”

Esme’s Wish by Elizabeth Foster has been featured before but two people reviewed it this month, so I thought it was worth revisiting. It is the first in a fantasy series for 10+ and has definitely been getting some good reviews. Veronica at The Burgeoning Bookshelf  found “Foster’s writing is beautifully descriptive and flows effortlessly”. Nadia L King found it “A delightful tale of magical

fantasy”. Both reviewers agreed that Foster is great at world building and found it very vivid to imagine. Nadia says, “All the hallmarks of great fantasy are included in Esme’s Wish: magical powers, sorcery, enchantment, fantastical creatures, supernatural beings; wonderful world-building; a cast of well-developed characters; a power structure of government; and compelling  conflict.” It seems a winner for all ages, onto my ever growing list this goes too.

Now I have found a new favourite author, Athena Daniels, and managed to read all four books in her Beyond The Grave series, a sexy supernatural suspense series with plenty of action, romance and paranormal happenings that kept me completely engaged and definitely wanting more.

The first two, The Seer’s Daughter (my review) and The Alchemist’s Son (my review) are parts one and two in the same story, book 3 Girl Unseen (my review) was the first book I happened across and these can each be read as a standalone, but I recommend reading them in order.

Her 4th book, When Darkness Follows, was released last week and was as fabulous as the previous books. Read my review here. I will be doing a Sunday Spotlight with Athena very soon.

Some other books reviewed by members were:

New release The Beasts Heart  by Leife Shallcross got three reviews. Theresa Smith Writes, Elizabeth from Earl grey Editing and Ashleigh from The Book Muse all had interesting things to say about the book.

Aletheia by J.S Breukelaar which was shotlisted for the Aurealis Award for best Horror novel 2017 was reviewed by N@ncy who said to me, “I was just (as YA would say) ‘blown away’ by Aletheia (J.S. Breukelaar). The author instinctively knows when a character should, howl, dream or fall silent for maximal impact. It’s not easy to get into the mind of a predator (monster of the lake)…but Breukelaar nailed it!”

The Shadow by Marianne Curley was reviewed by Rochelle from Inside My Worlds, which is part of The Guardians of Time series.

Withering Sea by Judith Rossell was reviewed by Jennifer Cameron-smith and it sounds delightful.

Magical Redemption by Nicole E Sherridan got a good review from Eleni Konstantine – Eleni’s Library. This is part of a series involving magic, mayhem and mythical creatures.

And lastly, Kali Napier reviewed Of Sorrow and Such by Angela Slatter.

I look forward to seeing what new and interesting books are read during June. Happy reading everyone.