History, Memoir and Biography Round Up: June 2018 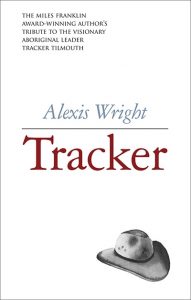 During June 2018 there were thirteen books reviewed in the History Memoir and Biography category.

Two of the books reviewed this month have received media coverage in relation to significant history and biography awards. Even though I’ve mentioned them in round-ups previously, I’d like to keep the spotlight on them for a bit longer.

Alexis Wright’s Tracker, which won the Stella Prize in 2018 was also awarded the Magarey Medal for Biography through the Australian Historical Society (not to be confused with the Magarey Medal in the South Australian National Football League!) In her review for the Newtown Review of Books, Kathy Gollan wrote:

If, like me, you are most comfortable with signposting and context in a biography, then it won’t be until you give up those expectations and just go with the flow that you’ll start to enjoy this book…. if you want to be challenged, intrigued, amused, and to get an inkling of what it takes to make grand ideas happen, as well as getting to know something about Tracker Tilmouth, I recommend this book (review here). Judith Brett’s The Enigmatic Mr Deakin was shortlisted for the National Biography Award, which will be announced on 6 August. Bernard Whimpress wrote an excellent review, also in the Newtown Review of Books, that has made me move this book to the top of the TBR list:

Apart from its other qualities, Judith Brett’s The Enigmatic Mr Deakin reminds us of what can be achieved by politicians of purpose, with or without absolute majorities. It is a magnificent sweep of a book and is highly recommended (review here)

Heather Morris’s book The Tattooist of Auschwitz is based on the true story of Lale and Gita Sokolov, two Slovakian Jews who survived Auschwitz and eventually made their home in Australia. It was reviewed twice during June, briefly by Hazel Edwards on Goodreads, and by Carol@ReadingWritingandReisling. A book of so many contrasts, such pain and yet there is so much love on these pages, this is perhaps the best creative memoir you will read. There would not be many people who do not already know of the atrocities committed at Auschwitz, but do you know of the stories of survival, of friendship, of courage, of love, of doing “what I can to survive” (p.33)? This is a remarkable narrative told with brutal tenderness; a view through a lens of love (review here)

Many women are inspired to write their memoirs after the challenges of illness and addiction. Two of the memoirs reviewed this month exemplify this trend.  In reviewing Jenny Valentish’s Woman of Substances, Valentish uses her own experience of drugs and alcohol to explore how women deal with addiction and treatment….. That said, it’s a tricky book to recommend – there might not be enough personal story in it to satisfy memoir-lovers. Equally, the personal reflections might irritate hard-core non-fiction fans. I love memoirs and I’m interested in the neuro-science behind addiction and recovery, so it hit the mark for me (review here)

In her review of Josepha Dietrich’s In Danger, Cass Moriarty notes that “this is not only a story about breast cancer survival, it is also a tale of parental love and sacrifice, of intergenerational memory, and of love.” She writes:

… Combining meticulous technical information and interrogative emotional insight, In Danger is a must-read for those wanting a greater understanding of what cancer means, what it doesn’t mean, and how to go about living with it whilst still maintaining hope and optimism. And while I was going to particularly recommend this book for women, I think actually I would also specifically recommend it to men who have a partner, wife, sister, mother or daughter with breast cancer, as a handbook on how to provide essential support (review here)

With the relentless deluge of new publications, I’m always quite pleased to see ‘older’ books reviewed. However, not all books travel well over time, especially in relation to the heavily-contested field of indigenous history.  Jennifer Cameron-Smith read Vivienne Rae Ellis’ book Trucanini: Queen or Traitor? in the 1981 edition. She found it “confronting and disturbing, as well as informative”.  Calzean read an even older book, Rosa Praed’s Australian Life, Black and White, written in 1885. She writes:

Written in the late 1800s, this reads like a memoir – a woman’s recollections of her early life in Australia. She describes the smell of the bush, the dust, dangers and isolation. She is sympathetic to individual Aboriginals but not to the race. The descriptions of the massacres at Myall Creek are a sad reflection of the ethics of the time. There’s a heap of characters and the author tries to write Aboriginal-English in their dialogue. Not a classic at all (review here).

Women and the law Right from Australia’s founding as a convict settlement, women have experienced the law differently to men. Jennifer Cameron-Smith reviewed two books that address this issue in different times and different contexts.

Lucy Frost’s book Abandoned Women: Scottish Convicts Exiled Beyond the Seas follows “the lives of women convicted of crime in Scotland who were subsequently transported to Van Diemen’s Land on the Atwick in 1838.” Jennifer recommends the book for those ” interested in Tasmania’s 19th century colonial history during the transportation era” (review here).

Tanya Bretherton’s The Suitcase Baby deals with the discovery of a dead infant in a suitcase  washed up on a Sydney harborside beach during the 1920s, where the mother was tracked down and tried for murder. What can I say about this book? Ms Bretherton has presented this complex, difficult case well. It’s more than the story of Sarah Boyd and her daughter, it’s a focus on the contradictions of life in the 1920s. Beneath the frenetic glitter and apparent glamour of the 1920s, many struggled in poverty. And pregnant, unmarried women often had both poverty and prejudice to contend with (review here)