History Memoir and Biography Round Up: July 2018 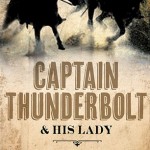 July has brought us ten reviews of nine books within the History Memoir and Biography category. Several of these books have been featured previously, and it’s good to see that they continue to attract readers once they shift off the ‘new releases’ shelf. 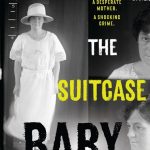 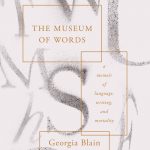 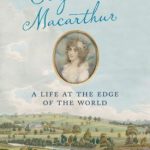 And so – what new books were read during July? Traumata (UQP 2018) is an important work of non-fiction that traverses the notion of trauma from every angle – physical, psychological, emotional, historical, intergenerational and inherited…This is a book almost forensic in its dissection of trauma, and its intense and detailed analysis of the causes, interpretations and results will satisfy the most curious of readers looking for an in-depth, measured and well-researched exploration of this issue. But she manages to translate the often dense and dark subject matter into an accessible and highly readable story by combining threads of her own history throughout, along with keen observations, thoughtful inquiry and scrutiny, and careful and empathetic assessment (review here) The other two books reviewed this month might be new to us here at Australian Women Writers Challenge, but they’re not new in themselves. Janine at Resident Judge of Port Phillip read Janet McCalman’s Journeyings:The Biography of a Middle Class Generation 1920-1990, published in 1991 and designated The Age Non-Fiction Book of the Year in 1993.  Janine wrote in her review:

This book opens with the No. 69 tram travelling from Carlisle Street St. Kilda to Cotham Rd Kew on the first day of school, 1934. The tram wends its way “along the spine of Melbourne’s middle-class heartland”, with an ebb and flow of private school students who peel off as they pass the major private schools in Melbourne (review here)

Based on interviews, survey material and literature, McCalman’s book follows this cohort of school children as they pass through various life stages, up to the year 1990. I have a weakness for memoirs that transport deep into the heart of Australia. A Sunburnt Childhood is a memoir that provides a very good example of life in the red centre of Australia….Within this memoir, Toni Tapp Coutts raises a number of key themes. From family relationships, marital pressures, alcoholism, the cattle business and the mismanagement of wealth. She also provides us with a rich insight into Aboriginal culture. Each of these themes are handled well by Coutts and I came away feeling like I had been given truthful education of life in the harsh climate of central Australia (review here)

And so ends July. Keep those History, Memoir and Biography reviews coming.