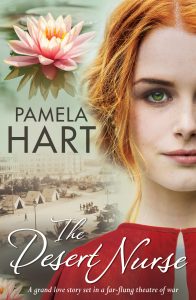 July has been and gone, and with it, I hope, the worst of winter down-under. We can now look forward to lengthening days and warmer temperatures (unless of course you are in the north and the days are about the same and the temperatures always warm.)

Two awards were announced in July. Watch out for them below …

BTW, are you interested in these highlights? Do let me know as I don’t need to spend time doing them if no-one cares!

Those two reviews for books published before 2010 were classified as Classics. Both were reviewed by Bill at The Australian Legend.

First up is Helen Garner’s Honour and Other people’s children, which is actually two novellas published together. Bill writes that:

So this is Garner’s second. Rather slight, just slices of life – I guess her publisher was pushing her to take advantage of her initial success – with interestingly, more distance between the author and her protagonists than in her other works. Garner is of course famous for writing about herself and her friends, only loosely fictionalized, but if she is in these stories then she’s not so blatant about it. Though perhaps it’s just that they are both in third person.

Both are set in Melbourne, Honour being about divorce and child custody, and Other people’s children about share houses. Garner is hard to beat for beautiful sentences about messy relationships!

The second classic is a non-fiction work. It’s indigenous author Ruby Langford Ginibi’s memoir Don’t take your love to town. She was, Bill writes, “a  Bundjalung woman from the NSW north coast.” It chronicles the ups and downs of her early life and marriages, her love of books and her political activism. Bill says:

This is a warts and all autobiography, an Australian classic, and another view of Sydney and NSW working class poverty which we are familiar with from the works of Kylie Tennant and Ruth Park.

But, a very specific view, an indigenous one.

“Because of her we can”

As you may know, this year’s NAIDOC Week (8-15 July) theme was “Because of her we can”. Given this nicely ties in with our Challenge’s focus on women, I figured it would be interesting to focus this month on books reviewed that cover indigenous lives and/or issues.

As far as I can tell from our reviewers’ tagging, these books were: D.M Cameron’s Beneath the mother tree, Claire G. Coleman’s Terra Nullius, Ruby Langford Ginibi’s Don’t take your love to town, Marie Munkara’s Of ashes and rivers that run to the sea, Holly Ringland’s The lost flowers of Alice Hart, Emma Viskic’s And fire came down, and an anthology titled Reading the landscape: A celebration of Australian writing.

Claire G Coleman’s dystopian novel Terra nullius has been discussed here before, and I’ve already shared Bill’s review of Ginibi’s memoir Don’t take your love to town above. Our French contributor, Emma (Book Round the Corner) and I both reviewed Marie Munkara’s memoir Of ashes and rivers that run to the sea. As I’ve said before it’s illuminating to read the response of a reader from another country and culture. Emma writes:

What I can’t fathom is this arrogance of Christianism. In this case, the Catholics decided to found a mission in this Tiwi island for no other reason than bringing “superior civilization” to these poor blackfellas. And these Catholics were so sure of their worth, of their superiority and of their evangelization duties that they found [it] normal and even desirable to retrieve children from their families. And we’re in the 1960s, not in the 16th century. This is something I can’t understand. How could they? How could the Australian government encourage it and make it legal? And to top it off, they placed her in an abusive family, proving there was no proper screening of the foster/adoptive families. This institutionalized child trafficking is appalling.

She then gives a couple of examples of child trafficking in France and Canada – though this doesn’t excuse Australia’s behaviour does it?

But now, moving on, who can tell whose stories is a tricky issue confronting Australian writers right now, which drew my attention to DM Cameron and Holly Ringland who are not, I believe, indigenous. However, both their books Beneath the mother tree and The lost flowers of Alice Hart incorporate indigenous Australian stories/characters. Cass Moriarty tackles the issue in her review of The lost flowers of Alice Hart:

So too with the Indigenous content; Ringland takes a risk avoided by many white authors by not only including Aboriginal culture, practices and language but even providing the perspective of an Indigenous character. However, she seems to have the credentials (the background research, her own personal experience, and the cultural approval) to write these aspects of the story, and it does seem to be a credible and authentic representation of Aboriginal stories (she has also been very careful to acknowledge the assistance she received, and when she has changed or invented certain aspects).

Not all indigenous people agree with Ringland and Cameron’s choice, but these authors, and our reviewers, are all part of what is an important conversation.

I have two awards to share this month. The first is the announcement of the winners of the Kibble Literary Awards, biennial awards which are made to women writers in the broadly defined area of “life writing”. The winner of the Nita B Kibble Literary Award for an established writer was Fiona McFarlane with her short story collection The high places, and for the Dobbie Literary Award for a first published work by a female writer it was Sarah Krasnostein for The trauma cleaner. Both have been reviewed for the challenge, though McFarlane’s book not this year.

The other award is less well-known. Also biennial, it is Northern Territory’s Territory Read Awards program for writers living in the Northern Territory. As with the Kibble Awards, this year’s awards were for books published in 2016 or 2017. Three awards were made, but the one most relevant here is the Chief Minister’s Book of the Year which was won by Mary Anne Butler’s Broken. It has been reviewed for our Challenge – once, and not this month, but because of this award’s low visibility, I’m going to feature it here.

Our reviewer was n@ncy. Broken is, apparently, a play and also won the Victorian Prize for Literature in 2016, Nancy was clearly impressed, writing:

Some plays should not be analyzed…they just have to sink in.
Mary Anne Butler (Australian playwright) has written a phenomenal script.
It is intimate, realistic and breathtaking drama.
Three characters weave their story
….criss-crossing their lives with each other.

In fact, she read it FOUR times. Why do we only have one review here for such a book?! (Says she, who hasn’t read it herself.)