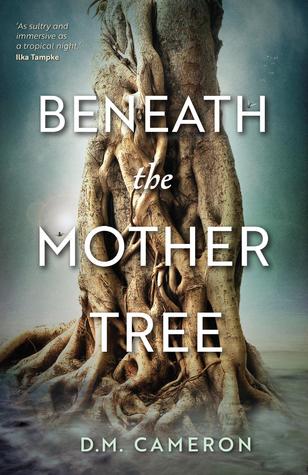 Hello again everyone, this year is flying so fast! I’ve been working away up north operating my crane and doing some crazy hours this month, which makes up for the lack of hours last month, but I still managed to find plenty of time to read some great books. I hope you have all found time to read some great books this month too. So let’s have a look at what people have been reading during July.

HIVE by A.J. Betts was once again reviewed by two people. Michelle from Beauty and Lace wrote a great review and if you scroll down to the comments you can read what others in the book club thought of the book. Michelle says, “I think that sometimes it’s difficult to come up with a truly original story but Betts has woven different elements to create something unique.”

Amanda from Mrs B’s Book Reviews says, “I was intrigued and my curiosity was rewarded by a highly innovative storyline, that I questioned over and over again.”

This definitely sound like one to at least take a look at if you are looking for something new and original. It is also the first in a duology.

Beneath The Mother Tree by D.M Cameron was reviewed by three reviewers during July and with all reviewers giving it a 5* rating, I am defintely moving this one to the top of my TBR pile. Brenda said, “Beneath the Mother Tree is a spectacular debut novel with a stunning cover by Aussie author D.M. Cameron which I completely devoured! Unusual, unique and fascinating, the characters are well written; the plot filled with intrigue and evocative magic. Irish folklore blended with Indigenous culture to make a book like one I’ve never read before.”

It is definitely worth taking a look at Cass Moriarty’s review, she writes, “The story flies, dream-like, through fantastical possibilities whilst remaining firmly grounded with a real-life narrative of mystery.” Marianne @Cloggie Downunder says, “This is a story that begins rather sedately but builds to an exciting climax. An impressive debut novel.” If you do read this, please let us know what you thought of it.

Next up is The Legacy of Beauregarde by Rosa Fedele which was the most reviewed this month with five reviews. Theresa Smith Writes has the most fabulous Behind the Pen interview with Rose Fedele that is definitely worth having a read of.

Amanda @Mrs B’s Book Reviews says, “If you are a fan of strong mystery novels, with a touch of gothic noir, suspense and twists aplenty, this is a book I would recommend to you.” She also says, “If you are seeking a challenging piece of Australian fiction, The Legacy of Beauregarde is a great place to begin your reading journey. This is a book that is best described as alternative, it stands out from the crowd and it doesn’t quite fit into the lines of mainstream fiction.”

Ashleigh from The Book Muse says, “The premise of this book, and the basic plot is intriguing, with gothic, mystery and suspense elements that are engaging for the reader, yet at the same time, confusing for the first several parts, until the links and connections between characters hinted at early in the novel become clearer and more concrete, culminating in a series of unforeseen and tragic events that will rattle each and every character to their core.”

Cass Moriarty says, “With overtones of the supernatural and even a bit of horror thrown in, the story is portrayed in rich language that is sensual and descriptive.” And Jennifer says, “If you like complicated story lines, moving from one point of view to another, involving characters with dark secrets, you may enjoy this novel.”

So the consensus seems to be it has a complicated plot, but is a good read if you can stick around to tie all the threads together.

Tinted Edges reviewed Cassandra by Kathryn Gossow, which I have not heard of before, but this one is being added to my TBR list as it sounds like an interesting story. Tinted Edges says, “This is a compelling story that fuses the familiar story of an outcast teenager with the story of Cassandra, a figure in Greek mythology. While they might seem an unlikely mix, the issues that Cassie deals with like fickle

friendships, first crushes, experimentation, mental illness, aging family members and tense relationships with her parents and brother are cast in relief by her inability to properly control her visions of the future. I really liked the way that Cassie’s visions are so neatly woven into the remainder of the story. I also really liked how the book darkened into a real Australian gothic story. I don’t usually like books that are quite so bleak, but I appreciated Gossow’s sense of realism, especially in the scenes where Cassie attends a party with other teenagers.”

Myself and Amanda @Mrs B’s Book Reviews both read Anna Snoekstra’s new YA book Mercy Point and we both had differing degrees of enjoyment for this book. I really enjoyed it; you can read my review here, while Amanda a little less so. It seems to be a book you either love or don’t, but I for one hope there is a sequel.

Georgina and her 11 year-old daughter read the Ragnor Trilogy by Leigh Swann consisting of Irina The Wolf Queen, Irina and the White Wolf and Irina and the Lost Book. They highly recommend them; click on each book title to read what they thought. Georgina says of book #1, “With a wealth of magical creatures, a world ripe for exploration, plenty of tension and a feisty teenaged heroine, both my daughter and I recommend Irina the Wolf Queen as an enjoyable middle-grade fantasy novel.”

Marie Mclean reviewed Vasilisa The Wise And Other Tales of Brave Young Women by Kate Forsyth, a book I have only heard great things about both for the stories and the illustrations.

Calzean reviewed Lifespan of Starlight by Thalia Kalkipsakis which is the first in a new YA series.

I finished Fallout (Incorruptibles #2) by S.D Wasley. I really enjoyed this whole series and will post my review for book 3 next month, my review is here.

So that’s it for July. Thank you to all those who linked their reviews to share with us. I hope you find something that piqued your interest in all of those. I am part way through Closing Down by Sally Abbott which was featured a couple of round-ups ago, so hopefully I’ll have a review ready to share with you next month. So until next month, happy reading!