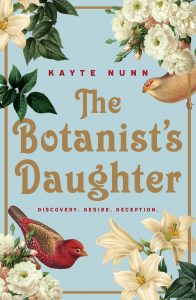 August has been and gone, and the literary awards are starting to quieten down a bit, though of course the biggie  – the Miles Franklin Literary Award – was announced this month. The short lists for the Queensland Literary Awards were also announced. More on those below.

Otherwise, August was a bumper month for reviews – so thanks everyone for your contributions.

Two years ago in August we had 20 reviews, and last year 53. THIS year, it’s 64. Almost too much for me to handle – not. Keep’em coming. Here are some highlights, as usual:

The six classics are by six different authors, and range in publication date from 1852 to 1992 (which date is, probably, borderline, but is classified as “classic” by Text so we’ll accept it.) The oldest book is Louisa Anne Meredith’s My home in Tasmania, and was reviewed by Jennifer Cameron-Smith who, in fact, reviewed three of the classics. Meredith, born in England in 1812, went to Tasmania with her husband Charles Meredith in 1840. She wrote about her life there, up to 1850, in two volumes. Jennifer enjoyed the book immensely, albeit noting that Meredith’s views, such as those supporting George Robinson’s “capture of the natives” would not be ours now. However, the domestic details, she says, make it a fascinating book:

And it is precisely the detail which makes this book such a delightful read. Reading Mrs Meredith’s accounts of travel, her observation of the flora and fauna makes me yearn to have a conversation with her.

Two of the classics reviews this month came from Canadian Blogger Buried in Print. She reviewed Helen Garner’s two plays The last days of Chez nous & Two friends (first published together in 1992), and Elizabeth Jolley’s Mr Scobie’s riddle (1983). She reviewed these in the same post, alongside Georgia Blain’s recent Between a wolf and a dog. She enjoyed Garner’s plays, calling them “a delight to read.” She says:

Relationships here – whether between sisters or partners or friends – are captured in details and dialogue, the atmosphere meticulously constructed against ordinary backdrops (the family home, a highway).

Mr. Scobie is no more immediately likeable than any of Jolley’s lonely and disoriented characters; he is just as credible and complicated as the rest.

“Credible and complicated” is a good description of Jolley’s characters, I think. Anyhow, Buried called the novel “very striking”, though likes some other Jolley novels even more. Welcome to the challenge Buried. It’s great having you here.

Our third reviewer of classics this month was another overseas blogger, Emma (Book Around the Corner) from France, who has appeared here before. She reviewed Amy Witting’s I for Isobel, because it was recommended by American blogger Guy Savage. (See, our writers are getting read overseas, often because of us bloggers writing about them. Globalisation has its good points.) Emma enjoyed the book:

I For Isobel is a very sensitive portrait of a young girl who was dealt with a bad set of cards. Her youth lacked of family love and her young adult self is unfinished because of that. An important part of a child’s usual education is missing: how to relate to others, how to grow confident in yourself thanks to the assurance that your parents love you unconditionally. She learns by trial and error but she has problems to come out of her shell, to live with others instead of just observing them through a self-built glass wall.

Emma read this in English because it’s not available in translation. This means it goes, she writes, into her Translation Tragedy category (which I’ve linked just in case you are interested). Love it.

The short of it

In her review of Jennifer Down’s Pulse points (see below), Anne Jenner wrote that:

The encouraging thing about the excellence of this book as well as its public acclaim is that it gives weight to the idea of a short story renaissance in Australia. There are those who say that the popularity of the form never waned.  This may be so among short story fans like me but getting them published and recognised is a different matter. So if they’re beginning to take their rightful place up there among the novel that’s very good news.

As a lover of short stories, I agree. I’m gratified that short stories feature regularly in our challenge – not only in my area, but in genres like Science Fiction, Romance and Crime. This month, five short story collections were reviewed, four by Anne Jenner and one by Jemimah (Oddfeather blog). Jemimah reviewed Abigail Ullman’s Hot little hands which made a splash a couple of years ago. It’s great seeing it still have a life. She discusses several of the fourteen stories, identifying her favourites among them, and concludes with this:

Hot Little Hands is a series of examinations of the agency of young women, of them entering into and living in the world; they are stories of desiring and being desired, of entering new phases and letting go of old ones, and of making choices and living with the outcomes. I would recommend this book to pretty much everyone.

Sounds relevant to our times, don’t you think?

Our most prestigious literary award, the Miles Franklin, was announced in late August. The winner was Michelle de Kretser’s The life to come, her second win. We had one review for it this month – mine! I liked the book, describing it via two main thematic threads – the personal and the sociocultural. On the former I wrote that:

De Kretser provides her characters with life’s reality check, that gap between what you imagine and what you achieve. Best to learn it sooner rather than later!

While on the second, I said:

The life to come … contains a healthy dose of satire, skewering our assumptions and pretentions. When I say our, I’m particularly referring to us left-oriented middle-class earnest do-gooders. Like all good satire, it makes you think …

These awards have 13 categories, too many to list here, so I’ll just share the women shortlisted in two categories closest to my corner of the challenge:

I’m thrilled to say that ALL of these books have been reviewed at least once for the challenge, albeit some  were last year. Just one, Jennifer Down’s Pulse points, was reviewed this month – by Anne Jenner. She noted that Down is “one of the new crop of rising young Australian women writers (including among others Josephine Rowe, Jo Riccioni, Jennifer Mills).” As with most, if not all, short story collections, she found that some stories resonated more than others, but says of the whole collection:

In the fourteen stories that make up this collection, Down gives us character studies and sketches of human experience rather than plot driven narratives. In them she displays a depth of perception and insight into human nature that belies her years.

And so ends another round-up. Do any of this month’s books tempt you? If so, we’d love to know which one/s and why. Do let us know in the comments.