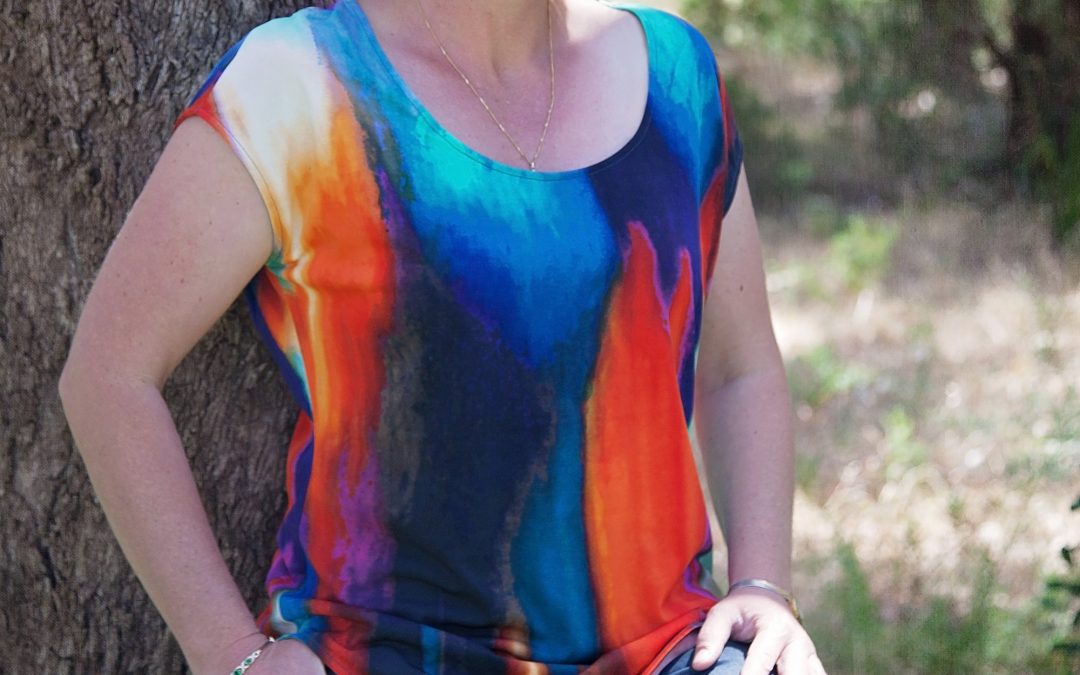 Today I warmly welcome Fleur McDonald to Sunday Spotlight, here to chat about her latest release, Where the River Runs.

What provided the inspiration for the story threads in Where the River Runs?
When I was growing up, it was common knowledge there was a grave of a little boy on my grandparent’s station. The three year old had fallen from the back of a wagon and had been buried in an unmarked grave on the side of a hill. While I was home at Christmas time last year, I was going through my nana’s writing desk (she died when I was 27) and found the small newspaper clipping she’d kept when the death happened. It was only a tiny article, mentioning the boy’s age and how the accident had happened, but it got me thinking about all the other people who have been buried in lonely places, unmarked graves and perhaps forgotten about by all bar the people who loved them.
That’s when I had the idea of finding a body buried in a creek. Dave and his offsider, Jack, have to unravel the mystery of who the body is.
Chelsea, who is the main character, is heading home for the first time in nine years – she’s estranged from her family and she’s not sure how she’ll and her daughter will be received when they arrive back at the family farm. The feelings Chelsea felt as she was driving home and when she first got there are similar to the ones I felt when I drove across the Nullarbor for the first Christmas with my family in years. Farming had made it very difficult to celebrate Christmas away from the farm, so it was with great delight I was able to head home and use all the feelings, memories and emotions I had when I arrived at mum and dad’s station.

How long on average does it take you to write each of your novels?
Writing two books a year keeps me on fairly tight deadlines, but from basically go to whoa, it’s six months per book; writing editing then the publishing. In between that there’s the publicity for the previous book! I love being busy and working under deadlines, so all of the pressure with the two books a year suits me very well!

How much planning do you do? Do you plan / plot the entire story from beginning to end, or let it evolve naturally as the writing progresses? In terms of characters, are they already a firm picture in your mind before you start writing or do they develop a personality of their own as the story progresses?
I don’t like to plan, because I feel if I know what’s going to happen, there is a chance the reader will work it out too. I’d rather the reader turned the last page and said: ‘wow, I certainly didn’t see that coming!’
In saying that, I have to have an idea of where the novel is going, so I usually know the beginning, middle and end, but the rest of it I let evolve.
The characters tend to grow over the book, so when it comes to editing, most of the changes are made in the first half of the book, because I’ve got a much better understanding of them as I’ve spent time with them. Detective Dave is different because I know him so well, and he’s been with me since my first novel, Red Dust.

Have you ever had to deal with a situation where someone feels they recognise traits of themselves in one of your characters?
Most people seem to recognise themselves in my books, and the funny thing is, I haven’t written about them! That makes me think I’ve done my job well. Characters need to be real – flawed and imperfect, fun and loving. Most of my characters are people who I’d like to be friends with and maybe have a beer with at the pub! (The nice ones, not the baddies!).
I learned quite early on in my career, never to base a character on someone I know. A funny story: I was in the cattle yards preg-testing cows and the vet said to me; ‘I’ve just read your last book and the main male character (who was a bit of a ‘ponce’) reminded me of ….’ I froze because he’d just nailed the bloke whose traits I used. I never did that again – I laugh about it now, but I didn’t back then!

How has being Australian AND a woman impacted on your writing and/or writing career?
I don’t think either have impacted on my career. It’s just who I am!

You are known as an advocate for rural women. Can you tell us more about this, what your passion is and where your focus for change lies?
My passion is promoting women in agriculture and making sure they get the recognition they deserve. I also like being a voice for the rural people who don’t have one. I’m in a privileged position of having the ear of people who wouldn’t normally know what is going on in the agricultural industry so to be able to inform and promote is an honour I take really seriously.
Having lived with domestic violence in a previous relationship, my other passion is my not-for-profit organisation I started last year, called Breaking the Silence. Breaking the Silence is a unique and innovative organisation that addresses the complex issue of abusive relationships in rural and remote areas by providing readily accessable advice and services to assist people to live meaningful and safe lives.
We focus on the delivery of online advice and localised confidential support to people who are traumatised by abusive relationships.
Through caring, trained professionals we provide people with access to the tools needed to enhance their lives & personal safety, whilst advocating for positive social change for current and future generations.

Can you tell us something about yourself that not many people would know?
I LOVE tinned oysters and French onion dip on the same biscuit! Just so long as I have a wine as well.

Where the River Runs In the tradition of the acclaimed Red Dust, Where the River Runs is a brilliantly told rural story of long-held family secrets by an author at the forefront of rural fiction, Fleur McDonald.

Ten years ago, thirty-year-old Chelsea Taylor left the small country town of Barker and her family’s property to rise to the top as a concert pianist. With talent, ambition and a determination to show them all at home, Chelsea thought she had it made.

Yet here she was, back in Barker, with her four-year-old daughter, Aria, readying herself to face her father, Tom. The father who’d shouted down the phone ten years ago never to come home again.

With an uneasy truce developing, Chelsea and Aria settle into the rhythm of life on the land with Tom and Cal, the farmhand, who seems already to have judged Chelsea badly. Until a shocking discovery is made on the riverbed and Detective Dave Burrows, the local copper, has to tear back generations of family stories to reveal the secrets of the past.

Chelsea just wants a relationship with her dad but will he ever want that too? Or will his memory lapses mean they’ll never get that opportunity?

Published by Allen and Unwin
Released on 1st November 2018