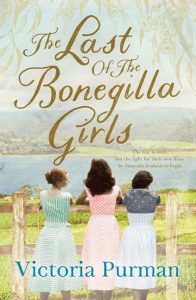 Of the 1104 book reviewed by AWW readers in 2018, 146 were tagged ‘diversity’. This compares with 121 books with this tag in 2017, and 86 in 2016. AWW readers are either picking up more books that feature diversity, or they’re becoming more aware of conversations about diversity and are checking the ‘diversity’ box in their reviews. This is only 13% of all the books reviewed in 2018, but it’s still really good to see that the numbers are increasing.

As I’ve written in other posts, box-checking is undeniably problematic, not least because many people prefer not to be put into boxes, or to be defined as something different, especially when ‘difference’ is only a point of view. However in terms of raising visibility, especially in an industry in which minorities still struggle to find a voice (and particularly one that isn’t stereotyped), it can a useful strategy. As in other years, the largest category of books reviewed were those by writers of migrant heritage, such as Stella Prize shortlisted Mirandi Riwoe’s The Fish Girl, with 6 reviews. Jennifer of GoodReads describes it thus: ‘In fewer than one hundred pages of storytelling, Ms Riwoe creates a character who is now haunting me.’ Other books recount Australian migrants’ experiences. Theresa Smith wove her and her family’s experiences as migrants into her review of The Last of the Bonegilla Girls, recounting how she grew up bilingual. In her review of the novel she describes the racism towards immigrants, the hardships they left behind, and the challenges they faced with assimilation. These kinds of books show the value of literature, in that they illuminate others’ lives and help to create empathy. As Theresa notes, many Australians have migrant heritage, including other reviewers such as Amanda of Beauty and Lace, who also comments on her “personal connection” with the novel. This novel had 7 reviews and was popular with readers. Memoir is a powerful genre for communicating experiences, as it allows the writer to combine personal reflection with larger issues, showing how these issues shape a self. Zoya Patel’s No Country Woman, writes Angharad of Tinted Edges, ‘blends personal experience and social theory to reflect on what it means to belong somewhere and the colonial and economic drivers behind generational migration’. Patel is Fijian-Indian and, as Ashleigh of The Book Muse observes, her ‘openness and desire to communicate to her audience is fresh and easy to understand, with a flow to her story that ensures it is engaging, and is filled with humour and humanity’.

It was also great to see newcomer Elizabeth Tan, whose work Rubik was reviewed by Bill at The Australian Legend. Bill closed his post on this book with a refreshing conclusion:

This is a novel for our neo-liberal times where corporations run by faceless old white men both know and control everything about us. Tan fights back subtly, with satire, with ‘acceptably brown’ characters, with off-hand analyses of the way we submit to being manipulated. Here’s to subversive literature!! On that note, I guess anything that challenges the status quo could be seen as subversive, including representations of people who don’t fit a ‘norm’. The idea of an ‘average man’ was first established by statistician Adolphe Quetelet (1796–1874), & it was later used to control unruly bodies. So I think that any representation of an unruly body or mind is a challenge! Disability surfaces in Eleanor Limprecht’s The Passengers, in which Hannah, the secondary character, has anorexia. Despite this book attracting a number of reviews (13), not many reviewers addressed this aspect of the book. Disability is more central in Kate van Hooft’s We See the Stars, which garnered 8 reviews. The 11 year old protagonist Simon has a disability, and this shapes the narrative in particular ways. As Michelle of Beauty and Lace writes, ‘Nothing seems concrete in this story, I spent a lot of time trying to piece things together and work out why Simon is seeing things the way he does.’ These reviews are interesting because they show readers trying to understand what it’s like to have a disability, but also trying to work out what a particular disability is. Amanda acknowledged that part of her was doing this as well. However because the work is told through Simon’s eyes, this is never explained, which means that readers are shown that that Simon sees the world in a unique way, and that this is his reality.

AWW reviewers also canvassed a number of excellent books by LGBTI writers, or which featured LGBTI characters or people, such as Sarah Krasnostein’s extraordinary The Trauma Cleaner, a biography of Sandra Pankhurst. Sandra shows remarkable resilience and spirit from her childhood as a neglected and abused boy, through a sex change, then jobs as a sex worker and funeral parlour operator, to the person who cleans houses after incredible decay and destruction, all the while battling her own trauma and a chronic lung condition that leaves her short of breath. What a woman! There were 8 reviews of this work and they were unanimous in their praise.

Other works by LGBTI writers include Krissy Kneen’s An Uncertain Grace (the jellyfish story in this book is just brilliant). Kate begins with ‘This book is bananas’, a great opening for a review in which she admits that although she wasn’t enamoured of Kneen’s stories, she still enjoyed their provocations. Elizabeth also penned a great review of Alison Evans’ Ida, which features genderqueer characters. As always its fantastic to see readers reviewing literature by Aboriginal authors. 2018 saw the publication of Wiradjuri writer Anita Heiss’s edited collection Growing Up Aboriginal in Australia. Fifty pieces by Aboriginal writers detail a range of experiences, many of them about the impact of invasion and Australia’s assimilation policy on young Aboriginal people. This work was reviewed by Book Around the Corner, Nancy, Angharad, Jennifer Cameron-Smith and Michael, and each reviewer vouched for the book’s value and its accessible way of relating the toxicity and ongoing effects of racism.

Noongar author Claire G. Coleman’s clever novel Terra Nullius continues to be reviewed by readers (with 9 reviews), including Kali Napier, who found it disorientating at times (as she recognises, this is part of the novel’s intention), and Kim of Reading Matters, who wasn’t altogether engaged by it although she appreciated its messages. A post by Sue of Whispering Gums also canvasses a range of opinions about this work. I reckon that if a book is provocative, it’s doing a good job! Goorie writer Melissa Lucashenko’s new novel Too Much Lip burst onto the scene in 2018. Cass Moriaty penned an excellent, detailed review of the novel, showing us that it offers ‘the opportunity to understand.’ Cass continues,

‘Aboriginal culture, history and current problematic issues are not viewed through rose-tinted glasses but are presented with all their flaws and cracks; nevertheless because we are simultaneously reminded of context and insight, we understand better how these characters came to be in this place, and how these situations have developed. We see, perhaps, how a damaged foundation can threaten the stability of what is built upon it; how a legacy of damage can undermine a family or a society; how a series of wrongs can create layers of guilt and anger and revenge’.

It’s also sobering to get to the end of the novel and read Lucashenko’s note that all of the events she chronicles have their basis in reality.

I pen this post from the country of the Turrbal and Jagera peoples, & I acknowledge their claim to sovereignty & pay my respects to them. As Australia Day approaches, with its vexed history, it’s worth remembering that Australian stories began 65,000 years ago, not 230 years ago. Reading these stories, as well as those of newcomers, are an important way of understanding what it means to be Australian in the 21st century for a range of people. It’s great to see AWW readers exploring this as well.

As always, I couldn’t cover all of the books which were reviewed in 2018 in this post, but if you’d like to check them out & read some yourself, you can click on this link. And on that note, I’m really looking forward to seeing what you pick up and discuss in 2019! If you’d like to take part in the challenge this year, you can sign up here.